Chicago Sky centre Stefanie Dolson announced during the Women's National Basketball Association's draft broadcast on Friday that she and her entire family tested positive for the coronavirus last month.

Chicago Sky centre Stefanie Dolson announced during the WNBA's draft broadcast that she and her entire family tested positive for the coronavirus last month.

"This virus has hit pretty close to home," the 28-year-old Dolson said Friday, per ESPN. "About a month ago, my whole family and I, we all tested positive for the virus and it hit us pretty hard. My mom, she ended up being admitted into the hospital for about four days. She had severe symptoms, pneumonia. But because of the team of healthcare workers that was there, she's home safe now and healthy."

The former Connecticut standout and two-time WNBA all-star is one of four children to parents Kristal and Steve Dolson. She has two sisters, Ashley and Courtney, and a brother, Jake.

Stefanie Dolson averaged 9.3 points, 5.6 rebounds and 1.0 blocks per game for Chicago last season, her third with the Sky after beginning her WNBA career with the Washington Mystics. She was selected by the Mystics with the sixth overall pick of the 2014 WNBA draft.

Dolson competed in the first half of the season with the Hebei Win Power of the Women's Chinese Basketball Association in 2019-20 before returning to the United States.

As of Saturday morning, at least 2.2 million people around the world had been diagnosed with the disease, with more than 156,000 fatalities, according to Johns Hopkins University. 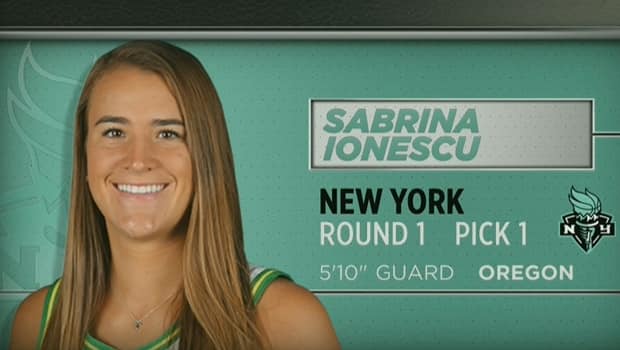