Making the first start of her two-year, 13-game WNBA career, Bridget Carleton pumped in a game and career-high 25 points Wednesday night as the Minnesota Lynx blew open a close game after halftime for a 92-66 rout of the New York Liberty in Bradenton, Fla.

Making the first start of her two-year, 13-game WNBA career, Bridget Carleton pumped in a game and career-high 25 points Wednesday night as the Minnesota Lynx blew open a close game after halftime for a 92-66 rout of the New York Liberty in Bradenton, Fla.

Carleton, a 6-1 Canadian from Chatham, Ont., who played college ball at Iowa State, hit 11 of 15 shots and all three of her 3-pointers as Minnesota (4-1) won its third straight game. Carleton scored only 13 points total before Wednesday's game, but got the call with two starters shelved due to injury.

Amanda Zahui B. paced winless New York (0-5) with 13 points, while Kia Nurse and reserve Leaonna Odom each tallied 10. The Liberty again struggled across the board, converting only 39.1 percent of their shots and also coughing up 22 turnovers. 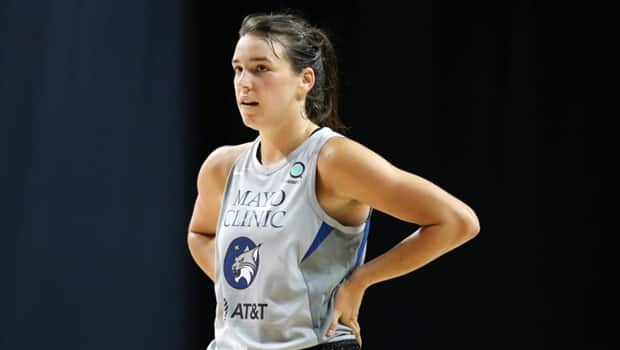 7 months agoVideo
4:24
Canadian Bridget Carleton made the most of her first WNBA start. The Chatham, Ont. native had a career-high 25 points in the Minnesota Lynx 92-66 rout of the New York Liberty. 4:24

A 27-6 third quarter decided the outcome. Carleton started a 13-0 run with a 3-pointer that gave the Lynx a 59-41 advantage. The margin grew as high as 27 points in the fourth quarter.

The pregame storyline was more about who was out than what type of game might be in store. Minnesota fielded a lineup that didn't include perennial All-Star Sylvia Fowles (calf) or point guard Shenise Johnson (hamstring). New York rookie Sabrina Ionescu (ankle) missed her second game in a row.

Still, the teams combined for an entertaining, although occasionally sloppy, first half. They traded the lead for most of the first quarter, the Liberty taking a 22-20 edge after 10 minutes thanks to a 3-pointer by Zahui B.

But the Lynx controlled most of the second quarter as New York's propensity for mistakes came into play. They led by nine in the last two minutes before the Liberty got a 3-pointer from Kylee Shook to cut the margin to 44-39 at intermission.

WATCH | Carleton says she had fun in 1st career start: 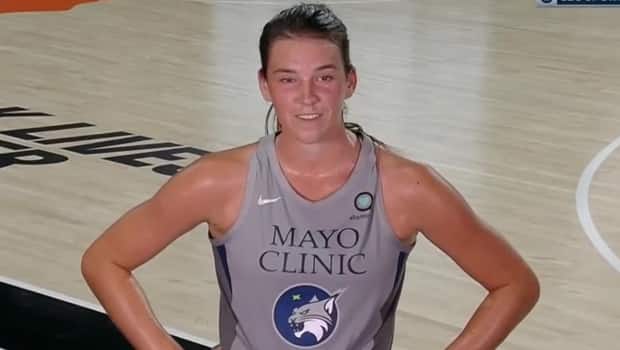 Bridget Carleton on scoring a career-high 25 points: 'It was fun being out there tonight'

7 months agoVideo
1:52
Chatham, Ont. native Bridget Carleton spoke about her first WNBA start and how she was able to set a new career-high with 25 points. 1:52