We don't blame you if you blacked out after the Toronto Raptors won the NBA title. So with a new season on the horizon, here a quick refresher of what's happened since that way-too-long parade, and what to expect for this season.

Toronto's season could be defined by the trade deadline

It all feels weird.

The Toronto Raptors are the reigning NBA champions, and that's weird enough.

But then Finals MVP Kawhi Leonard ditched Toronto for Los Angeles. The only other times the best player left a championship team were each of Michael Jordan's first two retirements.

Weirder still, three of the Raptors' rotation — Marc Gasol, Serge Ibaka, Fred VanVleet — will be free agents at year end. (The team did knock Pascal Siakam off that list with a four-year, $130 million US extension.)

Weirder still, the Raptors are definitely not expected to repeat, but they're also not expected to bottom out, and so they exist in this middle ground where, hey, maybe they can win one playoff round if everything breaks right.

Combine all the weirdness, and you're left with lots of questions.

WATCH | The Raptors are back and the fans want more: 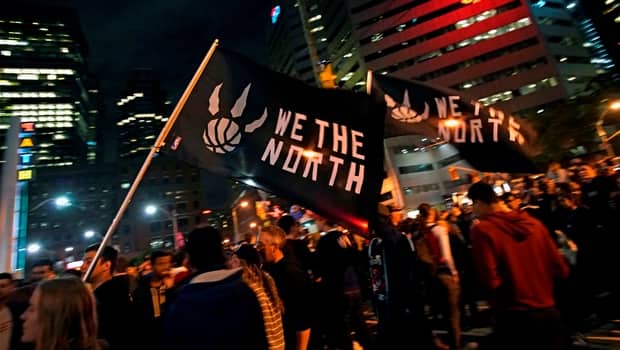 The Toronto Raptors are back, and Canada wants more

1 year ago
1:35
The Toronto Raptors open up their season as defending champs on Tuesday night, hosting the New Orleans Pelicans. Canada's team is motivated to defend their title. 1:35

It's true. They even beat the two-time defending champion Golden State Warriors in six games. You'll be reminded when the Raptors receive their rings and raise a championship banner on opening night on Tuesday. There were plenty of ups and downs, too.

A fan shoved Kyle Lowry in Game 3, and that fan turned out to be a Warriors part-owner. VanVleet had a son during the East final, then couldn't miss a three pointer. Kevin Durant missed some games, came back for Game 5, scored 11 points in 12 minutes, then tore his Achilles and will miss the upcoming year. Lowry scored the first 11 points of Game 6. After the game, a security guard tried to stop president Masai Ujiri from joining his team on the court. 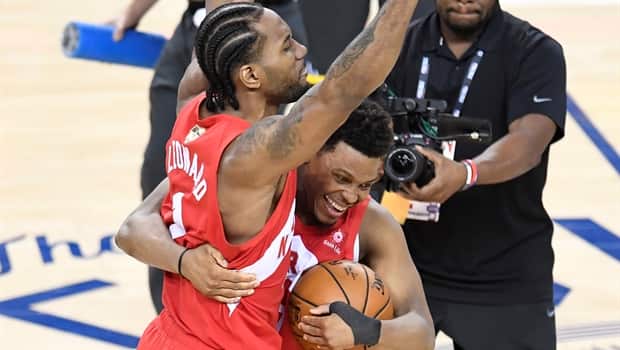 Leonard was MVP of the series, though his most memorable playoff moment came in the second round against Philadelphia. A high-arcing, four-bounce, buzzer-beating, series-winning shot from the corner, if you recall.

And then Leonard just … left?

To the Los Angeles Clippers. In a league-changing power move, Leonard agreed to sign with the Clippers only once they met his demand of acquiring fellow star forward Paul George from the Oklahoma City Thunder. It's the first time, outside of MJ, that the Finals MVP hasn't returned to the same team.

One year ago, discourse around the Raptors centred around the bet Ujiri made in swapping franchise linchpin DeMar DeRozan for an enigma in Leonard. One championship later, it's safe to say that move worked out, even though Leonard has since moved on. 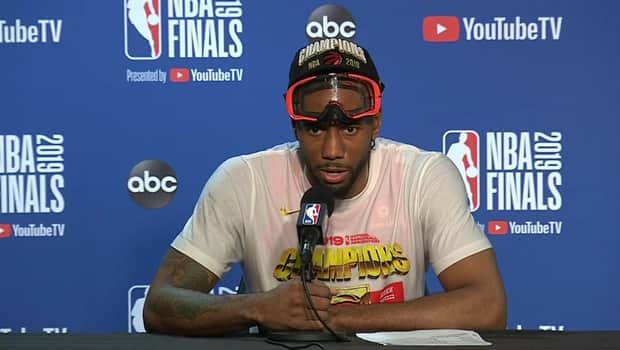 Kawhi Leonard reflects back on being traded from San Antonio

2 years ago
0:50
Kawhi Leonard spoke about how he came together with his Raptor teammates after being traded. 0:50

After all, flags fly forever.

Leonard will see the championship banner in person when the Clippers visit Toronto on Dec. 11.

Can the Raptors repeat, even without Leonard?

It's highly unlikely. Oddsmakers have the Raptors tied with the Portland Trail Blazers for the 11th-best chance of bringing home the Larry O'Brien Trophy.

Will they at least make the playoffs?

The simple answer is yes. There are five East teams ahead of the Raptors in those championship odds, but only two — playoff foes Philadelphia and Milwaukee — are significantly better on paper. The Raptors are loaded with good players; they're just missing a great one. 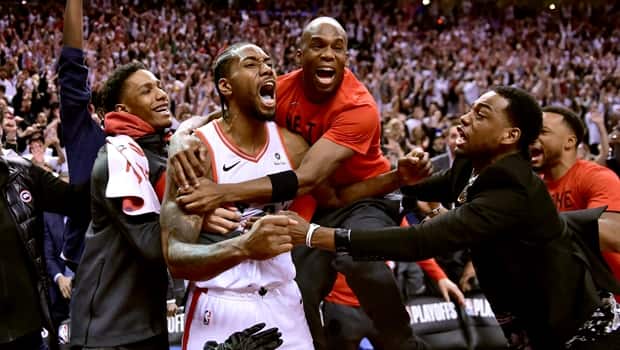 They still possess two former all-stars in Lowry and Gasol. Siakam just won most improved player and the team is hopeful that OG Anunoby makes a leap of his own this year as he takes over the starting small forward role. Mix in Ibaka, VanVleet and Norman Powell and there's a pretty solid core.

Didn't you just say most of those guys will be free agents after the year?

With Siakam and Lowry having signed extensions (Lowry through 2020-21), the three impending unrestricted free agents are Gasol, Ibaka and VanVleet, setting up what could be an interesting trade deadline.

Let's say the Raptors are sixth in the East in February. That's a likely first-round playoff loss and would present a difficult choice: buy, stand pat or sell. Buying would be tough without real title aspirations; standing pat would be tough when key players could walk for nothing in the off-season; selling most of your championship core might be toughest of all.

WATCH | Lowry looks back on 7-year run with Raptors: 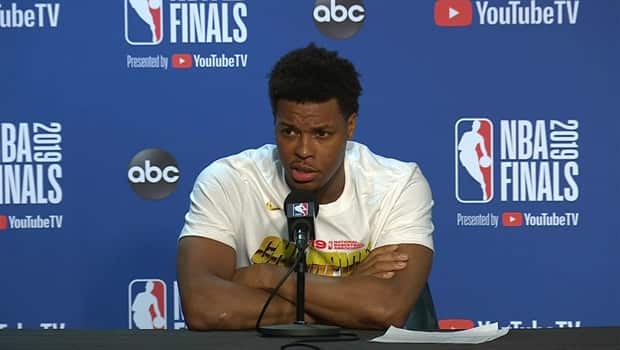 2 years ago
0:23
Toronto's Kyle Lowry gets emotional recalling his journey to an NBA championship. 0:23

We know Ujiri operates with ruthlessness in the name of winning. But given the circumstances of this season, with no true pressure or expectations, perhaps sentimentality could win out.

Honestly, not a whole lot. The Raptors brought in two wing players on one-year deals to help cover for the loss of Leonard. Their names are Rondae Hollis-Jefferson and Stanley Johnson, and they're both former first-rounders who couldn't stick with the teams that drafted them. Hollis-Jefferson and Johnson are stout defenders who can guard multiple positions, but they're weak offensive players who struggle shooting the ball. In a bad sign, Nurse has already publicly called them out for their defensive effort.