Raptors ravaged by injury as Siakam, Gasol, Powell all ruled out indefinitely

The Toronto Raptors will be missing three of their key players, including scoring leader Pascal Siakam, for the foreseeable future.

The Toronto Raptors will be missing three of their key players, including scoring leader Pascal Siakam, for the foreseeable future.

The team said Thursday that Siakam, Marc Gasol and Norman Powell are all "out indefinitely" after sustaining injuries a night earlier during a game in Detroit.

Siakam suffered a stretched groin after an awkward landing late in the fourth quarter of Toronto's win against the Pistons while Gasol sustained a strained left hamstring in the first quarter.

Powell also left the game in the fourth quarter after a collision with another player. The team said testing in Toronto revealed a subluxation of the left shoulder. 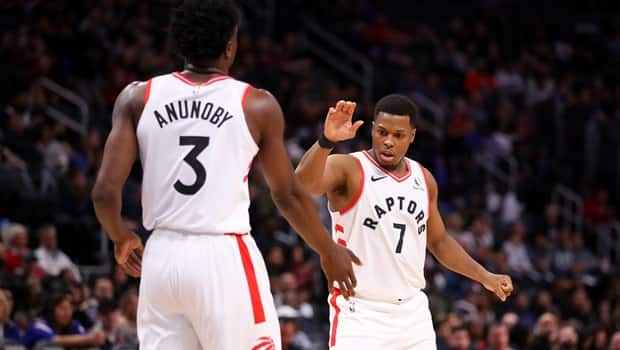 Siakam leads the Raptors with 25.1 points per game.