The Michael Jordan Bulls documentary is a great escape

There are better sports documentaries than The Last Dance, but the entertaining series on the Michael Jordan-led Bulls dynasty might be a better fit for this particular time.

With no actual live sports to talk about, The Last Dance is the hottest topic among sports fans right now. The highly anticipated 10-part documentary on Michael Jordan's Chicago Bulls teams of the 1980s and (moreso) '90s began rolling out today in Canada. The first two episodes are available now to everyone on Netflix, and two more will come out every Monday for the next month.

I've seen the first five, so (without spoiling too much) here's an idea of what to expect and some things that stood out:

1. A lot of people are calling it "The Michael Jordan documentary" but it's not really that.

"The Jordan Bulls documentary" would be more accurate. Basically, the series tells the story of the rise and fall of one of the greatest sports dynasties of all time — from Jordan's arrival as an NBA rookie in 1984 through the team's disintegration during the tumultuous 1997-98 season, when the Bulls nevertheless won their sixth championship in eight years.

Obviously, Jordan is the main character, and the first five episodes are all largely about his personal rise. But the series also takes detours into someone or something else in his orbit. In episode two, it's aggrieved right-hand man Scottie Pippen. In three, it's rebounding/partying machine Dennis Rodman. In four, it's coach Phil Jackson. Episode five covers the '92 Olympics (including the legendary Dream Team scrimmage in Monte Carlo) and Jordan's "other" career as an endorsement giant (including his infamous "Republicans buy sneakers too" comment). Each of these chapters could be its own documentary, so at times they feel a bit rushed. But you still get a pretty good survey of the forces that drove the Bulls dynasty.

Each episode flips back and forth in time between those detours and the fateful last season (with the late Chicago GM Jerry Krause immediately cast as the villain). Obviously, we know how it will end, but one of the striking things is that everyone at the time seemed to know it too. The title of the documentary is actually what Jackson named the season before it started. He even printed it on the little handbooks he gave to players on the first day of training camp. So it's clear to everyone involved that the dynasty is crumbling, brick by brick, in slow motion. And no one seems able — or willing — to do much about it.

3. The behind-the-scenes footage is good.

This was one of the big "gets" for director Jason Hehir and his filmmakers — a trove of never-released tape from an NBA film crew that was granted generous access to the Bulls for the entire Last Dance season. So we get to see stuff like Jordan and his teammates having heated talks on the bench, and talking and joking (and swearing) in the dressing room or on the bus.

It's interesting seeing them in their natural habitat. Today's NBA players give us the illusion of access with the idealized snapshots of their "real" lives they post on social media (actually, this is how everyone uses social media). But most of the behind-the-scenes footage in the doc feels truly unfiltered, even though at times the Bulls seem aware of the camera.

4. The other big get was Jordan himself.

No one was sure how this would go. Like a lot of rich and famous people, he's always been pretty careful about what he says in public. But whether the timing was right, or the subjects (himself, basketball), or the questions, Jordan is pretty revealing and engaging over the first five episodes. Sitting in his waterfront home in Florida, in his puffy middleagedness, with a whiskey and a cigar at his side, there are times when it feels like Jordan is just telling stories to an old friend. He says funny things. He rehashes old grievances. He tells us how he feels about former teammates and rivals (loved Rodman, hated Isiah Thomas). He drops f-bombs.

It'll be interesting to see whether Jordan remains this open when we get to the tough stuff — particularly his father's murder, which led to his retiring from basketball for a year and a half to try baseball. But so far it's working.

His persona was so heavily — and carefully — marketed back in the day that it's fair for younger basketball fans to wonder what percentage of his greatness is actually real. But the old game footage in the doc is a great reminder that Jordan's celebrity was built on a solid foundation: he was an electrifying basketball player. In an era when low-post big men still roamed the earth, Jordan was knifing through them, soaring above the rim, throwing down huge dunks… his game was ahead of its time, so it still holds up.

The highlights from his first few seasons are especially fun to watch — like the time he led his overmatched Bulls into Boston Garden for a playoff matchup with the famed '86 Celtics and dropped 49 and 63 (!) points in back-to-back losses. Or when he torched Cleveland and nailed "The Shot" to win another famous series in '89.

6. Bottom line: the doc is worth watching.

Because of its length, its iconic main subject and the hype surrounding it, the natural comparison for The Last Dance is 2016's O.J.: Made in America. But it's not on that level. Ezra Edelman's series brilliantly answers the questions "Who is O.J. Simpson and how did he become O.J. Simpson?" by turning over every rock in his life and his environment. By the end, you're left with a rich portrait of not only the man himself but also the many things that shaped him — weighty stuff like the legacy of racism and police brutality in Los Angeles. Whatever your assumptions about Simpson going into the doc, it challenges them.

The Last Dance does not do that (at least not in the first five episodes). It mostly accepts the Jordan mythology and presents it in fresh, attractive packaging. It leans pretty heavily on nostalgia. But it's a fun watch, and an entertaining reminder of a simpler, better time in sports and in the world. Maybe that's the documentary we need right now.

ICYMI: Have we seen the last of these athletes? 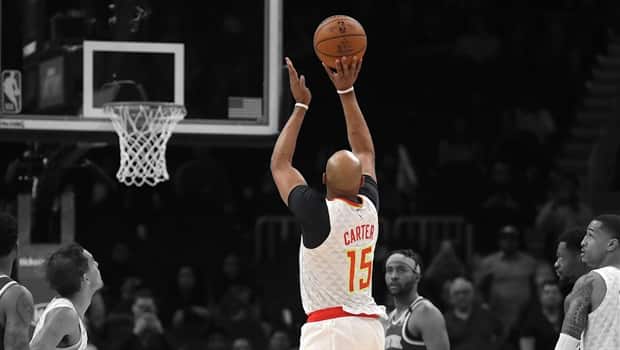 Have we seen the last of these 3 athletes?

7 months agoVideo
2:05
The longer athletes stay on the sidelines because of Covid-19, the higher the chances some veterans decide to hang them up. 2:05
CBC's Journalistic Standards and Practices|About CBC Sports