The Brooklyn Nets' hiring of Steve Nash as head coach appeared to come out of nowhere, with Rowan Barrett and Jay Triano, his former coach with Canada's national team, taken by surprise.

Rowan Barrett remembers seeing Steve Nash covered in sweat, putting in work on the practice floor long before he was joined by his teammates.

It was back in 2010, and Barrett was watching his friend, former teammate and godfather to his son R.J., get ready to lead the Phoenix Suns into a Western Conference final game against the Los Angeles Lakers.

"I remember taking R.J. and watching [Nash] an hour and a half before anybody else got on the floor," Barrett, the general manager of the Canadian men's basketball team, said. "Working, shooting, drenched in sweat. Then here comes the team, and Steve goes into the locker room and comes back out with a dry T-shirt. And then he works through practice and when practice is over he's still there shooting free throws.

Barrett believes that vision will make Nash an effective head coach in the NBA. The Basketball Hall of Famer was named head coach of the Brooklyn Nets on Thursday, a surprise choice to some given his lack of experience.

Barrett called it a "gargantuan step," but added Nash's decision to join the coaching ranks wasn't made rashly.

"If he commits to something, he puts everything into it," Barrett said. "I'm so excited. Obviously he doesn't have to do this. This is not a financial thing. He's got many businesses, he's got all kinds of things going on, bur clearly he loves the game and wants to give to it."

Nash grew up in Victoria, playing for Canada from 1993 to 2004. Nash and Barrett were on the Canadian team that finished seventh at the 2000 Sydney Olympics after several upset victories, and Barrett succeeded Nash as GM of the national team last year. 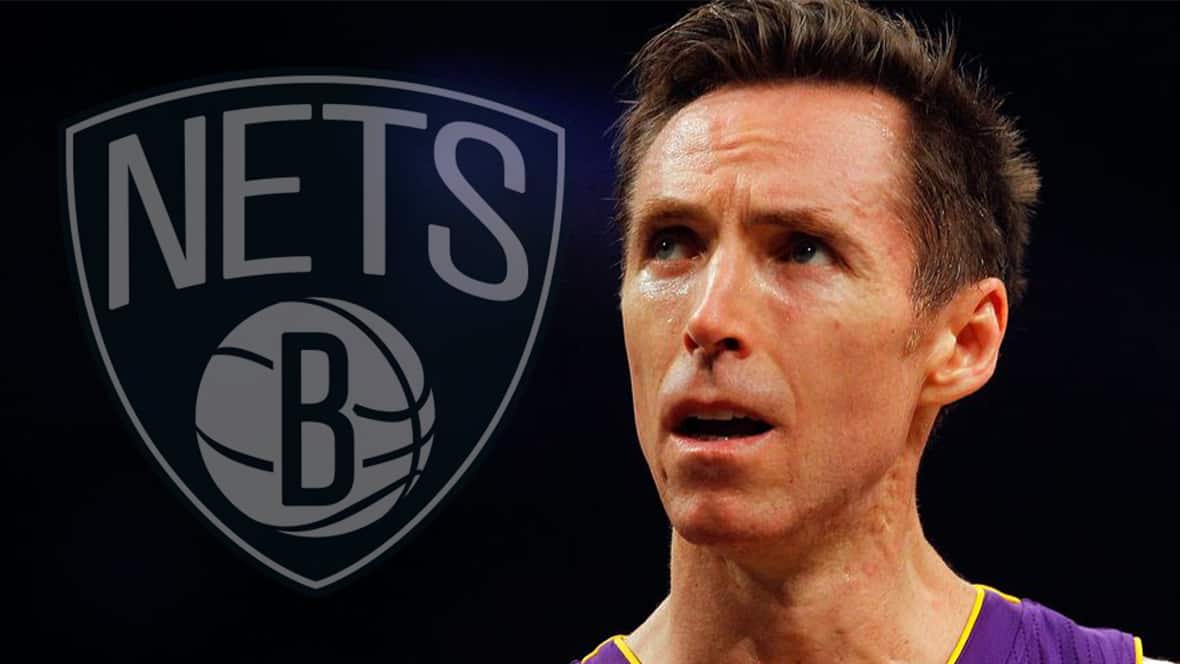 While Nash has remained involved with basketball after his retirement in 2015, he hasn't had the experience as an NBA assistant or a head coach at a lower professional tier that is often a prerequisite for his current job. He was most recently a part-time consultant with the Golden State Warriors.

But Barrett said Nash has always been a floor general, even when he had an executive role with Canada.

"He was our general manager, but he was on the floor. With gear on, shoes, and getting after it with the guys, doing the drills," Barrett said. "So that's very natural to him."

"I think he has the mettle, the IQ, I think he's going to garner the respect of the players, which sometimes is the most important thing," Barrett added. "It almost doesn't matter what you know sometimes if they don't respect you.

"I think Steve's going to be very comfortable sitting in the huddle, in the foxhole, in the moment. He's been there a million times." 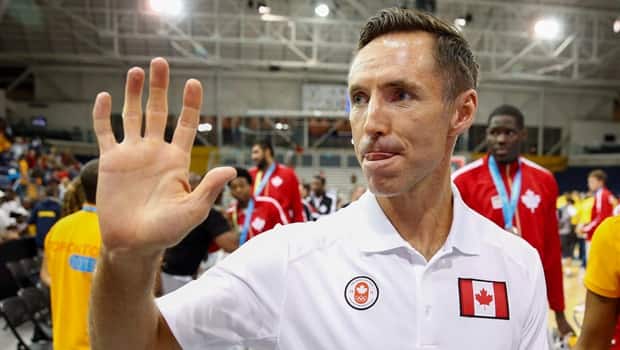 Brooklyn's announcement appeared to come out of nowhere, with even Barrett and Jay Triano, his former coach with Canada's national team, taken by surprise.

"I had no idea at all that he was even interested in it," Triano, now an assistant coach with the Charlotte Hornets, said. "I mean with young kids and stuff like that, they just built a house in Manhattan Beach [in California], he was loving that.

"But you know what, he's always been super competitive. That never leaves. I found the same thing. Coaching was a great way when you stop playing to keep up those competitive desires that you have."

Toronto Raptors and Canadian national team head coach Nick Nurse was another of Nash's friends taken by surprise by the news.

"But he'll be great, man. He's one of the greatest players ever. I consider him a friend of mine and wish him well."

Nurse said he and Nash became friends around 20 years ago, when Nurse was coaching in Manchester, England, and Nash participated in a training camp. Nash had come over to visit brother Martin, who was playing soccer for Bolton.

"He was good, he was incredibly . . . like I was out there kind of playing against him at that point in some of the practices and I couldn't believe how strong he was, like banging into him and pushing me around and that kind of stuff," Nurse said. "You see him playing but he was a tough, tough, physical guy, speed, really great vision, really smart, all that stuff."

Nash inherits a team that includes Kevin Durant and Kyrie Irving on its roster. Taking on a team boasting two veteran superstars could be tough for an inexperienced coach, but Triano doesn't see that as a problem for Nash.

"He and KD have that great relationship that they built up, and KD being in Brooklyn it just seems to be a natural fit there," said Triano, who became the first Canadian head coach in NBA history when he got the Toronto Raptors' top job in 2008.

"How do you not listen to him? He's got a great approach to people in general, not just NBA players."

Triano said Nash's experience as a top-tier NBA point guard will give him an edge on the head coach learning curve, something echoed by Nash's high school coach.

"The best point guards run the team effectively and just by nature tend to have to be unselfish," said Ian Hyde-Lay, who coached Nash at Victoria's St. Michaels University School.

"They're team first people and they understand a lot of different dynamics in their role as a player on and off the court. He's obviously been successful pulling people together in pursuit of a common goal."

"He knows it's a players' league and he's got tremendously talented players. Getting them to morph together will be a challenge and one I think he'll accomplish."

With Nash in Brooklyn, Barrett will have a lot of interest in the upcoming all-New York tilts between the Nets and the Knicks. R.J. just completed a successful rookie season with the Knicks and promises to be one of that team's main building blocks.