Chris Boucher's story has played out like a feel-good sports movie, the kind where everyone cheers for the underdog. Three years later, the 27-year-old re-signed with the Toronto Raptors for a two-year deal reportedly worth $13.5 US — the richest contract in NBA history for a Canadian who went undrafted.

Chris Boucher's story has played out like a feel-good sports movie, the kind where everyone cheers for the underdog.

Riding an overnight bus as a homeless teenager. Dropping out of high school and working as a cook in a Montreal chicken restaurant. Tearing his ACL in his senior college season at Oregon and going undrafted.

Three years later, the 27-year-old re-signed with the Toronto Raptors for a two-year deal reportedly worth $13.5 US — the richest contract in NBA history for a Canadian who went undrafted.

A reporter pointed out that now he can buy a restaurant.

"It was really hard before, so it's a lot easier now," Boucher said.

The Raptors on Wednesday officially announced the re-signing of Boucher and signing of Aron Baynes, who hopefully will fill the centre spots left vacant by Serge Ibaka and Marc Gasol.

His hefty contract is the latest chapter in his can't-make-this-stuff up story that saw him rise through Raptors 905, earning both MVP and defensive player of the year in the G League. 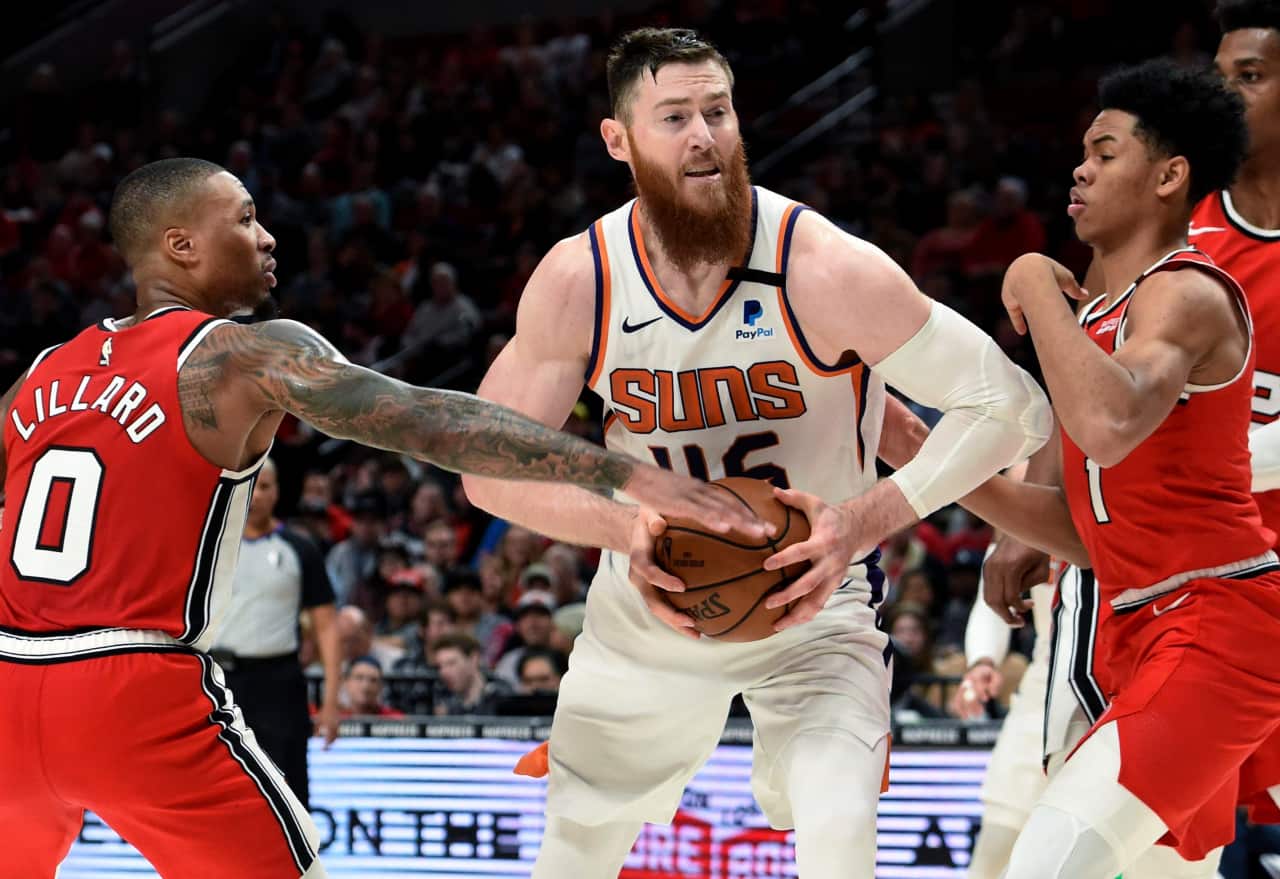 Boucher said the new deal won't change him as a person.

"I think through the years I've realized who I was and the people I need to be around, and COVID-19 also kind of structured me a little better on what I need, what's important," he said.

"I think money won't change that. It's definitely going to help me with my family. I don't want my mom to work no more. That's definitely one thing I'm going to take care of. And... I think just to try to keep the love of basketball, try to get better, not get too comfortable and learn from my mistakes."

A couple of hours after Boucher's Zoom call, Baynes virtually met the Toronto media. Sprinkling his answers with "mate" and "cheers," the New Zealand-born Aussie showed why he's so popular.

He has one of the most popular athlete fan accounts on Twitter with 62,000 followers. The account heralded his signing with Toronto, posting: "TARONTO RAPTORS" and "TAMPA BAYNES," the latter in reference to the Raptors' temporary home base to start the season.

The account also posted a tweet defending Baynes' three-point shot along with Kyle Lowry's age when a reporter predicted the Raptors would be worse this season because of those factors.

"Aron Baynes had already proven that his three-pointer is real and Kyle Lowry will never drop off for he is immortal," the post said.

"They're usually pretty entertaining so to me there's a lot of positivity coming from it, which kind of goes against the grain . . . it's bringing in more positivity on social media and it's a good thing so I definitely follow them and I have a good laugh a lot of the time," Baynes said.

Baynes as asked whether the bushy beard has made him popular.

"I have no idea mate," Baynes said. "The beard has just been something that the missus told me one day 'you're going to grow a beard out,' so I pick my battles and that wasn't one I cared to fight about.

"Everyone says 'happy wife, happy life' but I kind of subscribe to the 'mildly irritated wife, more entertaining life,"' he added with a laugh.

While Baynes' three-point shooting cooled down slightly after a sizzling start last season, with Phoenix the 6-10 forward shot a career-best 35.1 per cent from long distance. He also averaged career highs of 11.5 points, 5.6 rebounds, 1.6 assists and 22.2 minutes. He scored 20 or more points seven times, including a career-high 37 points against Portland on March 6.

Asked to be aggressive

Improving at the three-point line has been a major focus for Baynes since his rookie season in San Antonio in 2012-13. He saw how the league was evolving to favour three-point shooting, and in particular, what Golden State was doing.

"The early discussions I've had with [head coach Nick Nurse], he's said, 'Look, we're going to need you to be aggressive and Kyle's great at finding guys, and he's going to give you a lot of time and space,"' Baynes said.

Baynes, who signed a two-year deal reportedly worth $14.3 million, should see more of the floor this season than ever before. He's looking forward to it. And while he's 33, his message is: never stop improving.

"Working under Nick and with the other coaches, there are definitely things I can learn more and get better at," he said. "But yeah, I feel very confident that I'm going to be able to go out there and try and work for it.

"The body feels good. We've had nine months now to get the body feeling right, so I'm going into it in the best shape I've been in, so I'm really looking forward to getting out there and getting to work."

Training camps open on Dec. 1, while the regular season tips off on Dec. 22.