The NBA has suspended its season "until further notice" after a Utah Jazz player tested positive Wednesday for the coronavirus, a move that came only hours after the majority of the league's owners were leaning toward playing games without fans in arenas.

The NBA has suspended its season "until further notice" after a Utah Jazz player tested positive Wednesday for the coronavirus, a move that came only hours after the majority of the league's owners were leaning toward playing games without fans in arenas.

"What we determined today is that this hiatus will be, most likely, at least 30 days," commissioner Adam Silver said while appearing on the NBA on TNT on Thursday. "We don't know enough, as you've all said, to be more specific than that."

Now there will be no games at all, at least for the time being. A person with knowledge of the situation said the Jazz player who tested positive was centre Rudy Gobert. The person spoke to The Associated Press on condition of anonymity because neither the league nor the team confirmed the presumptive positive test. A second person with knowledge told AP on Thursday that Gobert's Utah teammate, Donovan Mitchell, tested positive as well.

The test result, the NBA said, was reported shortly before the scheduled tip-off time for the Utah at Oklahoma City game on Wednesday night was called off. Players were on the floor for warmups when they were told to return to their locker rooms. About 30 minutes later, fans were told the game was postponed "due to unforeseen circumstances." 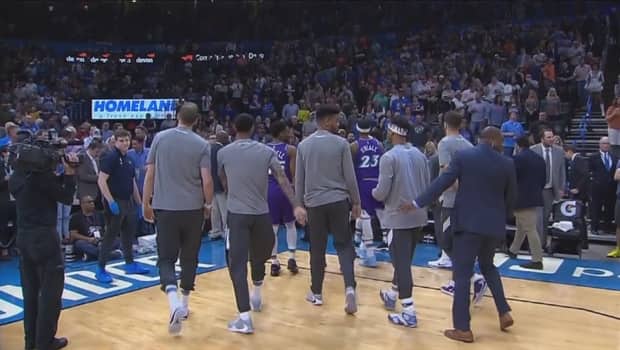 11 months agoVideo
0:35
The NBA has suspended its season "until further notice" after Utah Jazz player is diagnosed with COVID-19. Jazz-Thunder game stopped just before tip-off. 0:35

Those circumstances were the league's worst-case scenario for now — a player testing positive. A second person who spoke to AP on condition of anonymity said the league expects the shutdown to last a minimum of two weeks, but cautioned that timeframe is very fluid.

The Utah Jazz hosted the Toronto Raptors in a 101-92 defeat on Monday.

Gobert played a total of 32 minutes before he was ejected along with Toronto forward OG Anunoby after the pair engaged in an on-court altercation.

For most people, the coronavirus causes only mild or moderate symptoms, such as fever and cough. For some, especially older adults and people with existing health problems, it can cause more severe illness, including pneumonia.

The vast majority of people recover. According to the World Health Organization, which declared a pandemic on Wednesday, people with mild illness recover in about two weeks, while those with more severe illness may take three to six weeks. In mainland China, where the virus first exploded, more than 80,000 people have been diagnosed and more than 58,000 have so far recovered.

Charlotte Hornets coach James Borrego, speaking before his team played at Miami on Wednesday — where news of the shutdown broke during the fourth quarter — said "these are scary times." 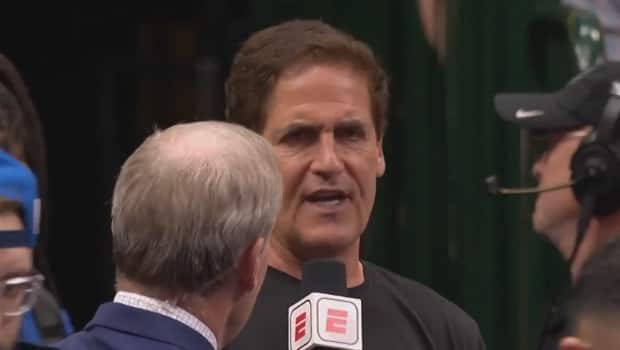 11 months agoVideo
3:02
Dallas Mavericks owner Mark Cuban is interviewed during their game against the Denver Nuggets. This shortly after news broke that the NBA season would be suspended. 3:02

The National Hockey League released a statement saying it was aware of the NBA's decision to suspend its season and expects to provide a further update on Thursday.

Earlier, the NCAA announced that the men's and women's Division I tournaments would be played without fans — except for a few family members — permitted inside to watch.

"People are clearly taking the measures that they feel they need to take for safety," said Miami Heat guard Duncan Robinson, who played in both the Division I and Division III national championship games during his college days at Michigan and Williams.

"We love playing in front of our fans and we feel like that gives us an advantage. But at the same time the NBA has to protect its players in the league and the fans," he said.

Things have been trending toward empty arenas for some time. On Wednesday morning the director of the National Institute of Allergy and Infectious Diseases told a U.S. Congressional committee that he would recommend the NBA not allow fans at games in response to the coronavirus. 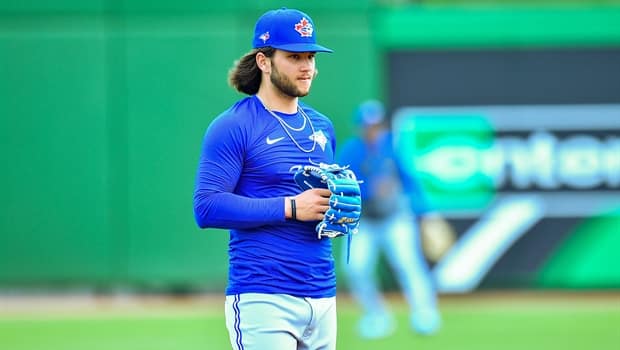 11 months agoVideo
2:37
The NBA announced they have indefinitely suspended the remainder of the regular season after it was revealed one of their players tested positive for the coronavirus. Jamie Strashin also provides an update from Blue Jays' spring training and how they've been impacted by the virus. 2:37

"We would recommend that there not be large crowds," said Dr. Anthony Fauci, responding to a question about the NBA's reaction.

"If that means not having any people in the audience when the NBA plays, so be it. But as a public health official, anything that has crowds is something that would give a risk to spread."

At the time of the league's announcement, the Dallas Mavericks' home game against the Denver Nuggets was midway through the third quarter.

Two other games — the New York Knicks at the Atlanta Hawks and the Charlotte Hornets at the Miami Heat — were late in the fourth quarter.

All three games were allowed to finish before the suspension took effect.

The last game of the night's six-game slate, New Orleans at Sacramento, was called off as well because one of the referees assigned to work that Pelicans-Kings game, Courtney Kirkland, worked the Jazz-Raptors game on Monday.

"The game was cancelled out of an abundance of caution," the NBA said.

With files from Field Level Media and CBC Sports