The Toronto Raptors' playoff game against the Boston Celtics on Thursday night has been postponed in the aftermath of a weekend police shooting in Wisconsin, but the NBA says its post-season will resume, sources tell The Associated Press.

Game 1 against Boston Celtics was scheduled for Thursday

Two days after Raptors guard Fred VanVleet wondered aloud whether a historic NBA boycott might be the only way to get action, Toronto's playoff game against the Boston Celtics on Thursday night has been postponed.

But the NBA, reeling after the Milwaukee Bucks refused to play Game 5 of their opening-round series against Orlando on Wednesday, hopes to resume its post-season Friday or Saturday.

"NBA playoff games for [Thursday] will not be played as scheduled. We are hopeful to resume games either Friday or Saturday," NBA executive vice-president Mike Bass said in a statement issued Thursday.

The NBA says it will hold a video conference call later Thursday with a group of players, governors for the 13 teams left in the playoffs, along with representatives from the National Basketball Players Association and the league office and NBA labour relations committee chairman Michael Jordan to discuss next steps. 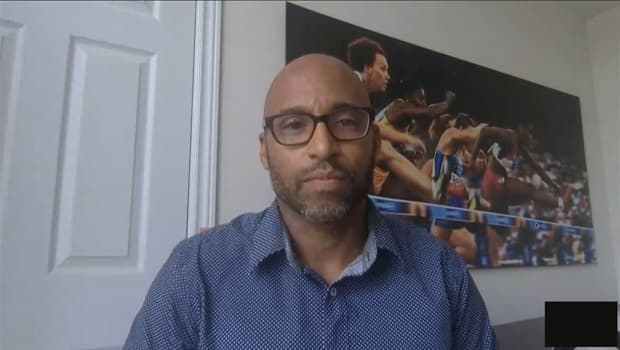 "It's obviously not easy, given everything that's going on. But I think that if we can go out there and do our best and also have a list of things that we want to accomplish, everything gets completed."

The Raptors were among the first players to speak about boycotting. The defending NBA champions had just come off a 4-0 opening-round sweep of Brooklyn, but were in no mood to celebrate.

"What are we willing to give up?" VanVleet asked in an emotional Zoom availability with the media on Tuesday. "Do we actually give a [expletive] about what's going on? Or is it just cool to wear 'BLM' on the backdrop or wear a T-shirt? What does that really mean? Is it really doing anything?" 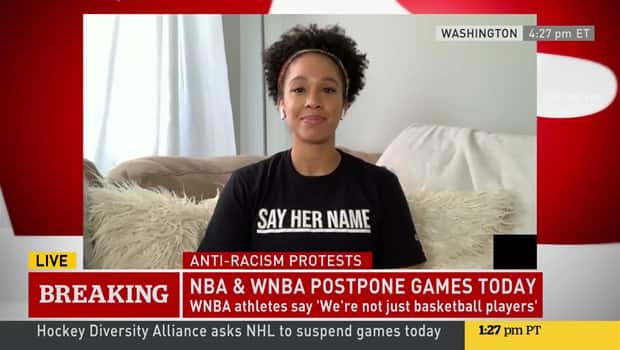 Though former president Barack Obama was close with some NBA players and officials, the league's relationship with the White House eroded when Donald Trump was elected. Trump was critical of the league again Thursday.

"They've become like a political organization, and that's not a good thing," Trump told reporters, noting that the league's ratings are down from previous seasons. "I don't think that's a good thing for sports or for the country."

Earlier Thursday, Vice-President Mike Pence's chief of staff Marc Short said in a CNN interview that the NBA protests are "absurd and silly" when compared to their response to ongoing human rights violations in China.