On one side stood five all-stars. On the other side, just two. By now, you know which side won. Toronto's Kawhi Leonard asserted himself the best star among many on the court for six games, and was rewarded with his second Finals MVP trophy. But none of it would've been possible without Kyle Lowry.

Lowry, longest serving Raptor, led Toronto with 21 points in 1st half of Game 6

On the other side, there were just two: Kawhi Leonard and Kyle Lowry.

By now, you know which side won. Leonard asserted himself the best star among many on the court for six games, and was rewarded with his second Finals MVP trophy.

But his sidekick Lowry — the accidental Raptor — deserves tons of credit.

Lowry famously came to Toronto with his mind set on bolting at the first moment. Raptors president Masai Ujiri tried to make it happen for the Philadelphia native too, reportedly agreeing to a deal with the New York Knicks as part of a rebuild. But Knicks owner James Dolan got cold feet and vetoed the deal. Lowry stayed. The Raptors thrived.

Lowry grew into himself as a basketball player in Toronto. He became a knockdown shooter to complement his fearless drives to the rim. His basketball IQ shined through. 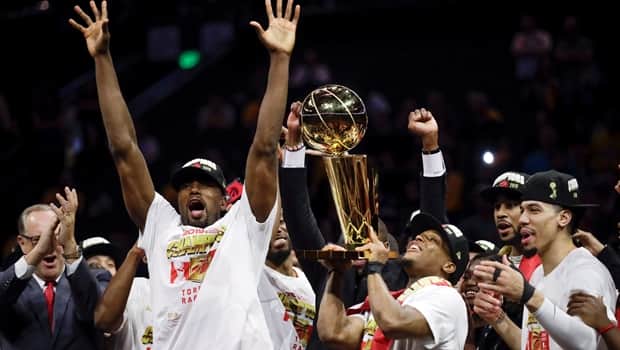 Lowry, in his seventh season with the franchise, is the longest serving Raptor. His influence is obvious. The six-foot point guard's willingness to stand in front of bigger players to draw a charge, seemingly always at key moments, has the same galvanizing effect as a clutch fourth-quarter three pointer.

In these NBA Finals, Lowry brought out his entire toolbox. His 16 drawn charges in the playoffs were double the next highest player. His 58 deflections were second, sandwiched between former defensive players of the year Draymond Green and Leonard. He recovered more loose balls than anyone else.

Remember: Lowry is almost always the smallest guy on the court.

NBA.com calls those numbers "hustle stats." That name sells Lowry short — yes, all of those plays require hustle, but they also require intelligence. A charge is about knowing where an offensive player is going before that player himself. Deflections necessitate anticipation. You need to be in the right place to recover a loose ball.

As Lowry's scoring waned this season, more than ever he needed to contribute to the little things. He did that, and the players he groomed over the years picked up the scoring slack.

Pascal Siakam set his new career high in single-game scoring this season — seven times over. The third-year forward averaged 16.9 points per game in the regular season before boosting that number in the playoffs.

In the spotlight of the Finals, Siakam barely blinked. His Game 1 output of 32 points surprised the Warriors the same way his 29-point performance in Game 1 of the second round stunned the Sixers. His spin move proved unguardable, even by the best. He added another 26 in Game 6 for good measure.

Siakam was covered by Joel Embiid, Giannis Antetokounmpo and Green in consecutive rounds. He was put through the wringer and spun out of it a champion.

Next to Siakam in the starting lineup for much of the season was Serge Ibaka. But when the Raptors acquired Marc Gasol, Ibaka was banished to the bench.

Instead of moping, the Congolese big man made the most of his opportunity. In Game 7 against Philadelphia, he was the only Raptor consistently scoring besides Leonard. His trio of three-pointers that game were unexpected and opportune.

Come the Finals, Ibaka was fully settled in to his bench role. He erupted with five blocks in the fourth quarter of Game 3, and carried the momentum into a 20-point Game 4. With the Thunder, he was part of a team that blew a 3-1 lead in the 2016 Western Conference final.  Ibaka made sure that didn't happen again. 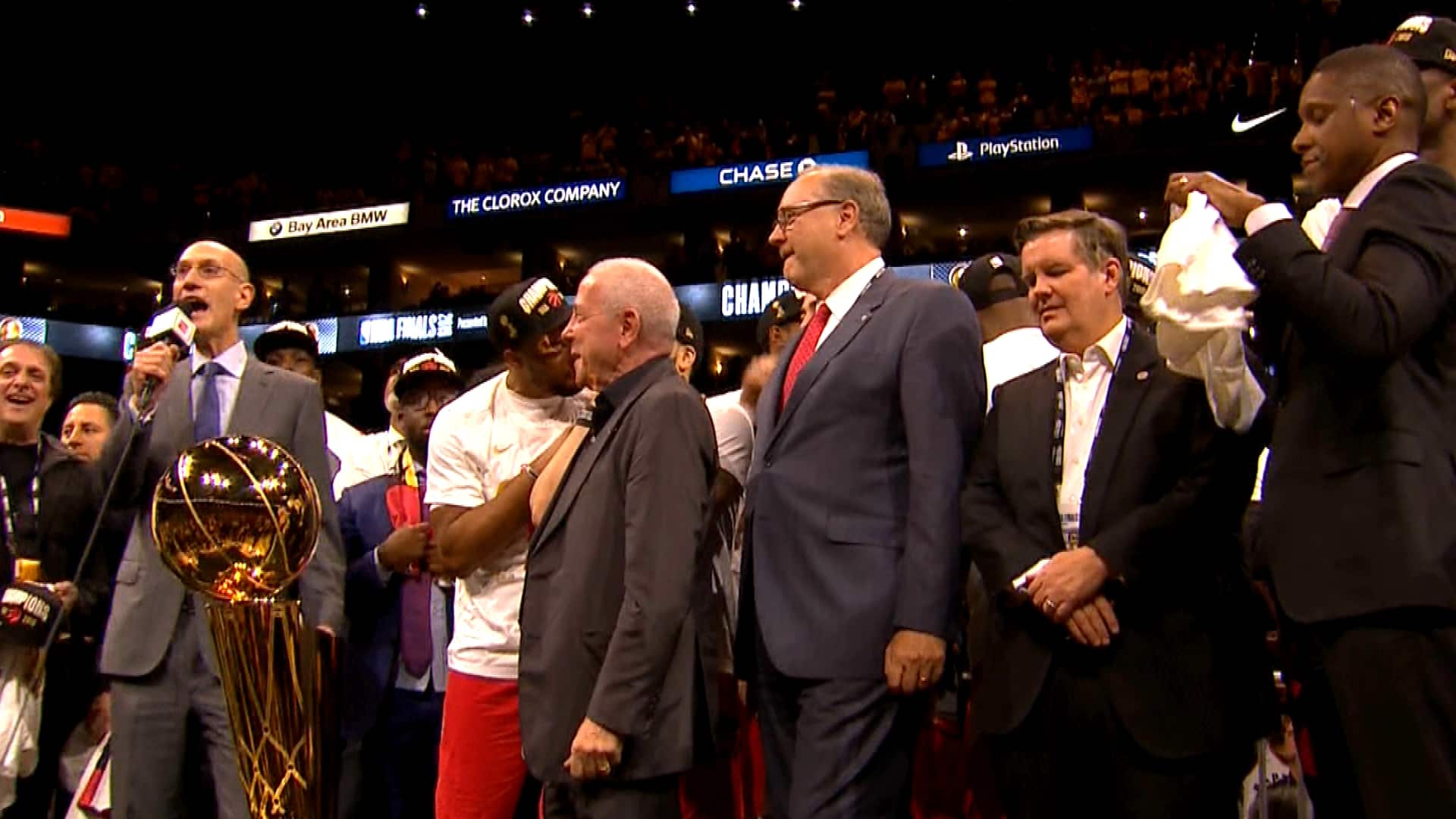 1 year ago
0:22
The Toronto Raptors, the sole Canadian team in the NBA, has clinched the championship title. As the NBA commissioner put it, "basketball has come full circle in Canada." 0:22

Danny Green also came to the Raptors from a Western club that had been left in the Warriors' dust. Green's Spurs were famously up 23 points in the 2017 West final before Leonard was injured and forced out of the series.

When Green was sent to Toronto alongside Leonard, he knew a title was within reach. He'd been there before, and he did it again with the Raptors.

Green's consistent shot gave the Raptors yet another outlet when Leonard was doubled or Siakam couldn't get going or Lowry's jumper wasn't falling. His defence on Steph Curry and Klay Thompson was precise, only outdone by one other Raptor.

And you wouldn't have expected that Raptor to be Fred VanVleet. Like Lowry, VanVleet made all the little, winning basketball plays. Like Siakam, VanVleet contributed with buckets. Like Ibaka, VanVleet became a force off the bench. And most importantly, like Green, VanVleet played exceptional defence on Curry.

VanVleet started the second half of each of the final four games, and his eyes remained focused on the greatest shooter of all-time — save for the fourth quarter of Game 4, when his eye was bloodied and one of his teeth was chipped after absorbing an errant elbow to the face.

VanVleet returned for Game 5 donning a mouthguard. Both his physique and his toughness are reminiscent of Lowry. Though he's typically the smallest player on the court, VanVleet knows where he needs to be at all times and contributes with hustle stats.

But all roads lead back to Lowry. For the entire season, different Raptors took turns stepping up. They didn't necessarily have a singular second star — they had six different options for it.

In Game 6, he starred in the first half with 21 points, six rebounds and six assists. In the second half, he let others like Siakam and Leonard finish it off.