Load management 101: How the Raptors have treated Kawhi Leonard

While the Raptors undoubtedly practised load management in the past, it became a thing when Kawhi Leonard arrived. Coming off a serious quadriceps injury that sidelined him for all but nine games last season with San Antonio, the Raptors were cautious with their new star

"They'll fly right at the edge of physics," he said. "They'll do things that are incredibly agile and they'll twist and they'll turn. But if one thing goes wrong with them, they crash and burn.

"Compare that to a jumbo jet. It flies pretty high, pretty far, pretty fast," Brewer continued. "But it will fly on one engine. Jumbo jets, they're not gonna perform in the high-performance environments, but they'll keep going."

As the Toronto Blue Jays' assistant director of high performance, Brewer knows all about the nuances of "load management," a term that — contrary to popular belief — wasn't coined by the Toronto Raptors. But the Raptors certainly popularized the term that's become both part of the team's lexicon this season and a lightning rod for fans.

"Our job is to keep the F14 fighters up in the air and keep them twisting and turning, and sometimes that means giving them the recovery time that they need," said Brewer, who came to the Jays from the UK, where he worked in both English rugby and soccer, including a consultancy stint with Manchester United.

While the Raptors undoubtedly practised load management in the past, it became a thing when Kawhi Leonard arrived. Coming off a serious quadriceps injury that sidelined him for all but nine games last season with San Antonio, the Raptors were cautious with their new star. He played 60 of 82 games in the regular season. He never played both games on back-to-back nights.

Fans criticized the team for coddling Leonard. They griped about millionaire athletes taking nights off. They'd groan when the list of inactive players — shown on the Jumbotron before every game at Scotiabank Arena — had Leonard's name on it.

But the Raptors star had fans singing a different tune after Tuesday night's 111-82 Raptors rout of the Magic that evened up the playoff series heading into Game 3 on Friday in Orlando. Leonard scored 37 points in a brilliant performance.

After what was virtually a write-off of a season last year, Leonard has credited the Raptors medical staff for how healthy he is now.

"Me missing games isn't just to keep me fresh," he told reporters after a game last month. "It's obviously making sure I don't reinjure something that I was out for last year. [Raptors medical staff] have been doing a good job of reading images and making sure that I'm improving instead of declining on the health side.

"It feels a lot better than when I started the season. There was a little spell where it kind of plateaued but everybody brought their minds together and we figured out a way and now things are looking good and I'm feeling good."

That's about the deepest anyone with the Raptors has gone when explaining Leonard's load-management plan. The team hasn't revealed details of the strategy, simply stressing that it is being used to put Leonard in the best possible condition.

League frowns upon it

Sitting players for rest has traditionally been frowned upon in the NBA. Playing every night was a matter of principle.

Kobe Bryant told The Athletic the only time he took a game off is "when I couldn't walk . . . your seasons in your career go by really, really, quickly. So, you want to make sure you don't miss any of those moments. The other part about that is there are kids in the crowd and families in the crowd . . . this will be the only time they get a chance to see you. They save up their hard-earned money to watch you perform. So, if you can walk and perform, get there and perform."

But load management is an accepted term under the league's injury reporting and player resting policies. The NBA said in an email that it's a legitimate basis to sit a player if he "plays in most games but is restricted from playing in back-to-back games or in other unusual circumstances for legitimate medical reasons that have been documented and shared with the League Office." Teams must contact the league office before sitting a player for load management.

Research in recovery, including sleep and nutrition, has exploded as athletes and teams look for any edge to improve performance.

Load in sports means the volume of exercise multiplied by its intensity. And recovery varies greatly from sport to sport. A baseball season is 162 games long, while marathon runners usually only do two marathon races a year. The NBA is right in the middle with an 82-game season. 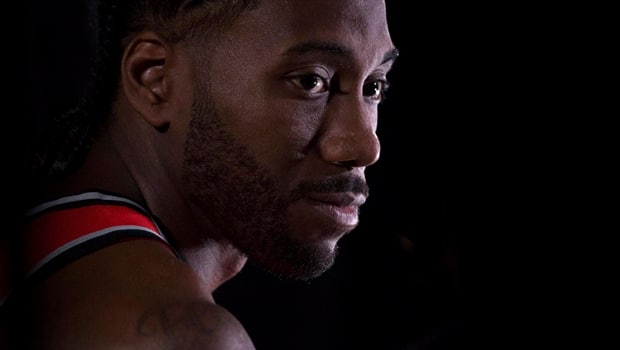 2 years ago
3:13
The NBA playoffs are underway and fans have become more anxious about whether or not superstar forward Kawhi Leonard will remain with The Toronto Raptors next season. CBC Sports Anson Henry weighs the possibilities. 3:13

"Basketball is explosive, but also a lot of banging bodies under the hoops," said Alex Hutchinson, a Cambridge-trained physicist who studies and writes about endurance and fitness. "Jumping and running around for an hour a day, you can do that night after night within some limits, but add to that being manhandled by some very large men, that makes it that much harder to recover.

"It's not just that your muscles are depleted of glycogen, etc., you're also being beaten. That just makes it more likely you're carrying little aches and pains from game to game."

Hutchinson — who's well-known in Canadian running circles and was a middle-distance runner on Canada's national team — wrote the book "ENDURE: Mind, Body, and the Curiously Elastic Limits of Human Performance."

The risk of injury, Hutchinson said, is higher on the second night of back-to-back games.

"When you're tired, you lose a split second of reaction time and stability," Hutchinson said. "The muscles that allow you to land on one foot from an awkward sideways jump and stabilize and stick the landing, for example, if those muscles are tired you're a little bit less likely to stick the landing."

Mental fatigue is also a factor.

"If you're mentally tired, your reaction time slows, and your decision-making slows, and a bad decision when you're six-foot-11 and X-hundred pounds and landing under the hoop can translate into putting your foot in the wrong place."

While recovery also varies from player to player, Brewer said the nervous system, "which is what keeps people fast and responsive and reactive and which fires the muscles," takes about 24 to 36 hours to bounce back. The actual muscular system can take 48 hours to recover.

Players nursing injuries, he said, are of particular concern. If an athlete plays hurt, their body will compensate for the injury, putting double the pressure on other parts of the body.

"That's when injuries occur," Brewer said. "Sometimes it's better to rest for two days to recover from a small problem rather than sitting out for two months when that problem becomes a bigger one."

As the science of sport explodes, teams and athletes are turning to technology to monitor load and recovery.

The Blue Jays have a range of devices, including WHOOP (think: FitBit on steroids), which delivers analysis of recovery, strain and sleep via mobile and desktop apps.

Sports physiologist Trent Stellingwerff said with the massive growth of analytics in sport, teams basically has to have a mathematician on staff. The reams of data gathered through gadgets like wearable GPS is part of the recovery equation.

"In one soccer game, including all the players, there's over a million data points generated over 90 minutes," said Stellingwerff, a member of Canada's medical staff at numerous Olympics and world championships. "And so in team sport, load management is incredibly complex. It's part science and it's part interpretation."

Incredibly complex, but the Raptors seem have to found the perfect equation with Leonard, while also building trust with a superstar they'd love to re-sign when he becomes a free agent this summer. At this time during last year's playoffs, he'd left the Spurs to work with his own medical staff in New York. Tuesday night, his injury was a distant memory.

A healthy — and the Raptors are hoping long — playoff run will be the ultimate measure of success.