After Canada’s thumping of the Australians 90-70 in just their third exhibition game, a result many weren’t expecting, head coach Nick Nurse talked at great length about the quick evolution of his team.

After Canada's basketballers thumped the Australians 90-70 in just their third exhibition game, a result many weren't expecting, head coach Nick Nurse talked at great length about the quick evolution of his team.

"Chemistry is an elusive thing," Nurse said. "I'm happy we've been able to get some."

The coach would know. He's spent most of his coaching career (since the age of 24) trying to find the perfect recipe for creating on-court magic between the players he's guiding. More often than not, Nurse has been able to find the right ingredients.

See the Toronto Raptors' historic championship, when the coach was masterful in getting players in the right places on the floor. 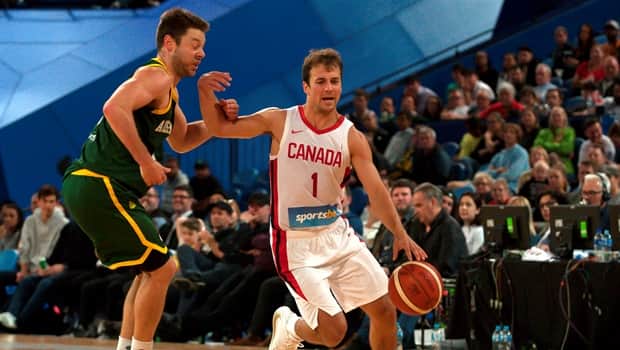 But this Canadian endeavour is an entirely different beast. And there's no Kawhi Leonard.

It has now been two weeks since Canada's basketballers came together in Toronto to begin their quest of qualifying for the next Olympics, Tokyo 2020 — they've won two games and lost two games during their exhibition stint to this point.

A lot has happened since training camp began, including much conversation around Canada's talented NBA players dropping off the roster. Twenty-nine players were invited to camp. The roster is now down to 12.

Nurse has now had four games to evaluate his talent and also get a clearer picture of who exactly is going to be on the floor when Canada opens the World Cup against Australia on  Sept. 1. He's aware that success at the international level is realized by the countries who can find chemistry on the court the quickest.

"Most of these guys have played together in some form or window or national team basketball together, so there is some more history than just the 10 days," Nurse said after the team's victory over Australia.

Names you'll want to get to know

Who is the cast of Canadian characters trying to qualify the country for the Olympics for the first time since 2000?

Leaders are emerging, despite trusty and loyal Miami Heat forward Kelly Olynyk leaving the team due to injury and the uncertain status of Sacramento Kings guard Cory Joseph.

Kevin Pangos, who plays professionally in Spain, led the Canadians to victory against Australia. Pangos scored 18 points, going 7-for-10 from the floor, including making four of six three-pointers. He added six assists and had four steals. Pangos will be pivotal in Canada's success at the World Cup. 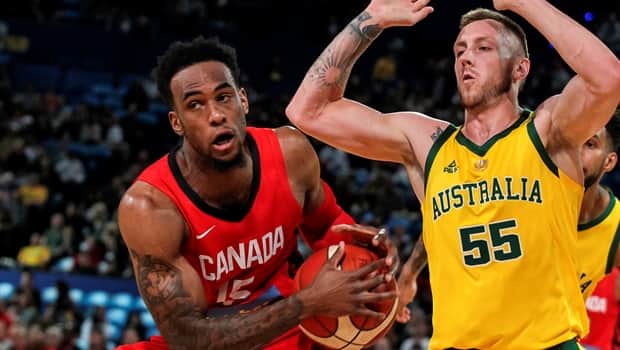 Another emerging star is Andrew Nembhard. The Florida Gators product logged nearly 27 minutes in Canada's two games against Australia. He finished the first game against the Aussies with 12 points and a team-high 10 rebounds.

Nembhard has quickly caught the coach's attention. "He gets places easy and I'm not quite sure how he does it," Nurse said of Nembhard. "I'm trying to figure it out. He's got this head fake, he's in, he's out, he's over, he's around, and all of a sudden he's into some clear space. He's got a funky game a little bit, for a 19-year-old kid, a pretty good game."

Perimeter shooting is going to be a key part of the Canadian's game with Nurse at the helm. They'll lean heavily on the three-point shooting skills of Kyle Wiltjer, who has been exceptional beyond the arc in the team's first four exhibition games.

The Canadians have three more tune-up games before it gets serious at the World Cup in China.

Up next for Canada is a two-game series against New Zealand on Tuesday, Aug. 20, and Wednesday, Aug. 21. Both games are available on CBC Sports platforms and the free CBC Gem streaming service. Their final chance to tweak and scheme comes against the Americans one week from today on Monday, Aug. 26.

Canada will also face Lithuania before finishing the group stage against Senegal.

"People say 'We can't do this, we can't do it.' We don't want to speak that way. We see the goal. We start visualizing it. We try to start convincing everybody around the program to become maybe even more than they think they can become. And that's what we're going to try to do," Nurse said.

They'll need to finish as one of the top two teams from the Americas to qualify for the Tokyo Olympics. There are seven such teams at the World Cup. The others are the United States, Argentina, Brazil, Dominican Republic, Puerto Rico and Venezuela.