Adika Peter-McNeilly finished with 21 points and nine rebounds, and the Edmonton Stingers downed the Guelph Nighthawks 85-71 on Monday in the Canadian Elite Basketball League.

Adika Peter-McNeilly finished with 21 points and nine rebounds, and the Edmonton Stingers downed the Guelph Nighthawks 85-71 on Monday in the Canadian Elite Basketball League.

Peter-McNeilly was helped on offence by Travis Daniels, who finished with 17 points for the Stingers (5-1). Xavier Moon chipped in 12 points.

Joel Friesen led the Nighthawks (3-2) with 14 points on 5-of-7 shooting in only 13 minutes of floor time. Kimbal Mackenzie added 12 points as Guelph shot just 34 per cent from the field.

Edmonton outscored Guelph 25-9 in the second quarter and cruised the rest of the way to its fifth win in a row and top spot in the league standings. 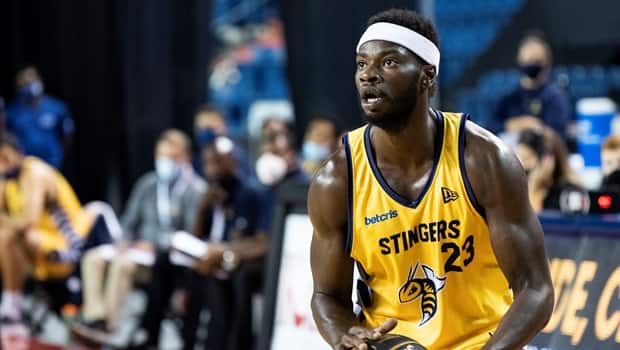 The CEBL Summer Series is a 26-game, round-robin competition being held at Meridian Centre that will decide the second-year league's 2020 champion. Games are being played with no fans in attendance.

Live coverage continues on Tuesday, August 4 with a doubleheader on the CBC network that begins with the Hamilton Honey Badgers (2-3) and Saskatchewan Rattlers (1-3) at 5:00 p.m. ET, followed by the Niagara River Lions (1-4) against the Ottawa Blackjacks (2-2) at 7:30 p.m. ET.

CBC Sports has live coverage of the entire tournament, through to the final on Aug. 9.