This Sunday, against nearly impossible odds, the CEBL will hand out its trophy to a deserving team after two weeks of games. But how they got to this point is something commissioner Mike Morreale is still wrapping his head around.

Growing up in Hamilton, Ont., he watched his first Tiger-Cats game at Ivor Wynne Stadium when he was five years old. He looked on in awe as his sporting heroes like Rocky Dipietro and Grover Covington roamed the field for the 'Cats. Morreale was hooked. That's what he wanted to do in the future because he saw it play out right in front of him.

Decades later, Morreale won the 1999 Grey Cup as a part of the champion Tiger-Cats.

This is Morreale's story and it's why he's wildly passionate about the CEBL.

"It gave me hope. I was able to see it. They grew up in the same neighborhood. And those football players made me believe I could do it too," Morreale told CBC Sports.

"It's the story I want to create for thousands of Canadians playing basketball."

WATCH | Mike Morreale proud of what league has accomplished: 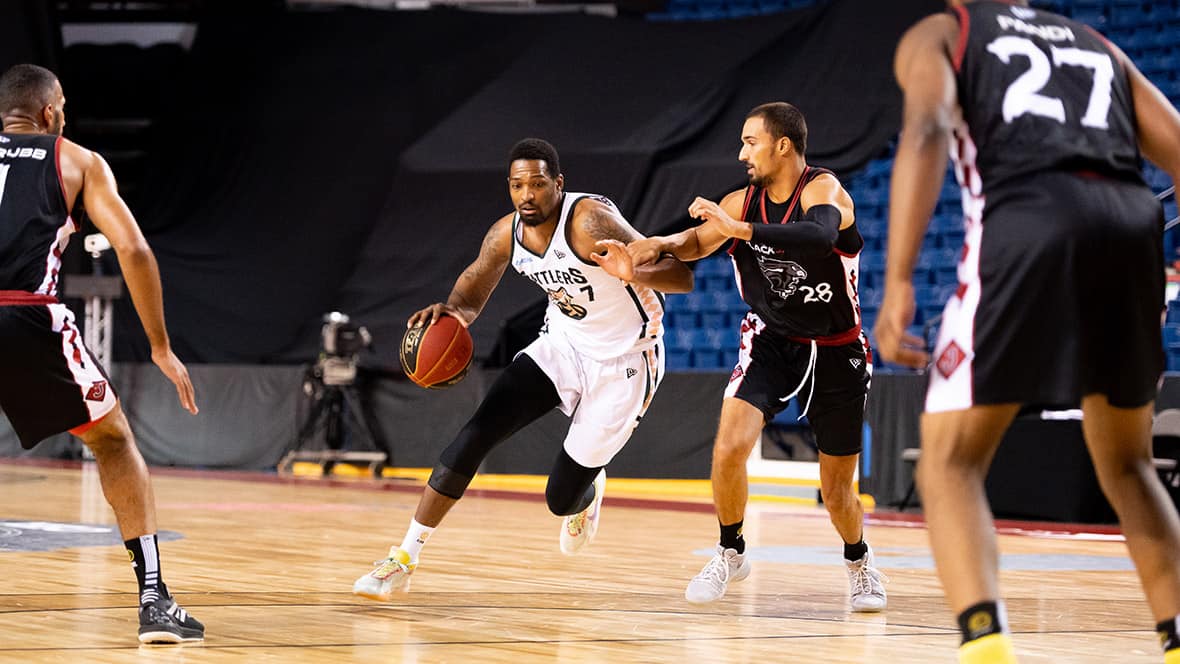 CEBL commissioner proud of what league has accomplished

3 months ago
3:28
CBC Sports' Devin Heroux speaks with Mike Morreale about the league's pandemic-proof success in only its second season. 3:28

This Sunday, against nearly impossible odds created by the COVID-19 pandemic that shut down sports around the globe, the CEBL will hand out its championship trophy  after two weeks of games. The CBC is the league's broadcast partner and the semifinals and championship on Sunday will be broadcast across across the network's platforms.

But how it got to this point is something Morreale is still wrapping his head around.

"One day when it's all done and we're through this, I'll give you the story behind us getting on the court that first day because it's a tremendously remarkable story. It came down to the last second. No one else knew it. There were sleepless nights and a lot of stress," he said.

The finish line is nearing. Morreale is still holding his breath as they head toward the final game without the pandemic wreaking havoc. The CEBL was the first professional league in Canada to get up and running after everything seemed to stop back in March.

"It has been a roller-coaster. It's an incredible process to go through and when you're the first ones to do it, you're really paving the way," he said.

In its second season, the CEBL is still trying to find its place in a crowded sporting landscape. The inaugural season was deemed a success by many in and around the league but not without it being laced with learning lessons.

The league has a small team of committed people who believe in Canadian basketball and providing opportunities for homegrown talent.

"We're not a big organization. We're a handful of people doing hundreds of people's jobs," Morreale said. "Pound-for-pound, I'd take my team all day long."

Hopes were high heading into the sophomore season of the CEBL after the league announced during the off-season the addition of the Ottawa BlackJacks. What is the Elam ending?

3 months ago
1:36
The CEBL ends its games a little differently than most basketball fans are used to. 1:36

The seven-team league — with Hamilton, Edmonton, Saskatchewan, Guelph, Ont., Fraser Valley (Abbotsford, B.C.) and St. Catharines, Ont. (Niagara River Lions) — competes with 70 per cent of the 10-player rosters made up of Canadians.

The second season was set to start in May. Then the world and sports stopped and Morreale needed to come up with a plan.

"It took a week or two to just get our bearings. We still had six to eight weeks until we were meant to tip off," Morreale said. "We thought, hey, maybe there's still a chance we can tip off in May. That went out the window quickly."

But instead of dwelling on what might have been, the former CFL Most Outstanding Canadian stepped up and rallied his team. They immediately started coming up with ways to salvage a season, finally landing on a tournament format in St. Catharines. There were countless phone calls with team officials, health officials and politicians.

"Fear of failure is not something in my vocabulary," Morreale said. "It's gone as smoothly as I could have ever imagined. Two more days to go." 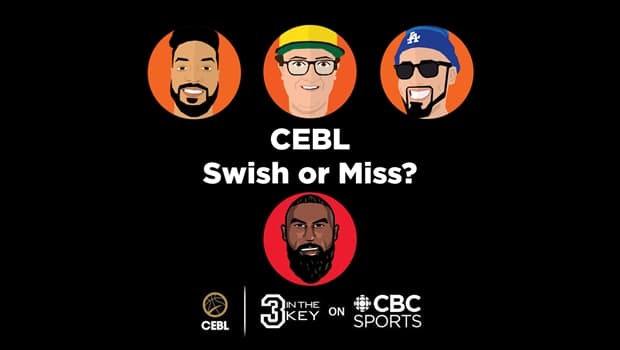 3 in the Key on CBC Sports - Swish or Miss

3 months ago
8:24
At the halfway point of the tournament, 3 in the Key podcasters Elias El-Zein, Will Wacklin and Fuad Ahad talk to CBC Sports basketball FANalyst Anson Henry about how the playing field is leveling out, the brewing rivalry between the Ottawa Blackjacks and the Fraser Valley Bandits, and how serious Canadian sprinter Andre De Grasse actually is about playing in the CEBL. 8:24

On its opening weekend in July, the league had its first two games televised nationally CBC. The Toronto Raptors and the NBA were also restarting their season at the same time.

"There's never been three nationally televised basketball games [on one day] in the history of Canada. That is a massive day for the sport," Morreale said.

And that's what this has always been about for him — providing Canadians the chance to be great on the court at home in the same way he was able to reach his football dream at home in Hamilton.

On Sunday, one team will hoist this year's trophy. It will be a culmination of much more than the ball swishing through the basket.

"It represents success. It's not limited to the team that wins. All seven teams, their staffs, officials, everyone pulled together to make this happen," Morreale said.

"The extent to which we have risen to a level of professionalism, that's what that trophy means."