Canada's Olympic basketball hopes took a hit — but they're not dead

Monday was a tough one for Canada's Olympic men's basketball hopes. But it wasn’t the death blow some people seem to think.

Most of its NBA players bailed, but the men's team can still qualify

Monday was a tough one for Canada's Olympic men's basketball hopes. But it wasn't the death blow some people seem to think. Here's a quick catchup on what's going on with the team and why everything's not lost:

Why is there more interest in the team right now?

The Canadian men's basketball team hasn't qualified for the Olympics since 2000, when the great Steve Nash played point guard. But with the recent influx of young Canadian talent in the NBA, a spot in the 2020 Tokyo Games has seemed like a real possibility. To get one, all Canada has to do is finish as one of the top two teams from its geographical region at the upcoming Basketball World Cup in China. If you looked at Canada's potential roster a few weeks ago, you probably felt pretty good about the chances. Especially after the Raptors' Nick Nurse agreed to coach.

So why is everyone so down on them today?

Then, Monday's sledgehammer. On the day training camp opened, Canada announced that its best player — Denver Nuggets guard Jamal Murray — was also taking a pass on the World Cup. Same for Shai Gilgeous-Alexander, who's coming off a promising rookie NBA season and looked like a good bet to be Canada's second-best player.

Two other guys with NBA experience (Dillon Brooks and Trey Lyles) and a couple of 2019 draft picks (Nickeil Alexander-Walker and Mfiondu Kabengele) also pulled out. Even NBA washout Nik Stauskas, who's now playing in Europe, bailed.

So forget about the Olympics?

That's the knee-jerk reaction. And losing all those NBA players is definitely bad. Murray and Gilgeous-Alexander especially. That backcourt could have been the ticket to Tokyo.

Canada's two best (or at least best-known) players now are probably big man Kelly Olynyk and guard Cory Joseph. Neither is a full-time starter in the NBA. Joseph is an eight-year veteran who averaged 6.5 points and 3.9 assists per game last season for Indiana. Olynyk has six NBA seasons under his belt and just averaged 10.0 points and 4.7 rebounds for Miami.

The only other guys you could call NBA players are Khem Birch, Chris Boucher and Oshae Brissett. Birch is a 26-year-old big man who has started one game in his two NBA seasons. He averaged 4.8 points last season with Orlando. Boucher is also 26 and played limited minutes in his 28 appearances last season with the Toronto Raptors — though he showed some promise by winning the MVP award in the G-League, which is the NBA's minor league. Brissett just signed with the Raptors as an undrafted free agent. 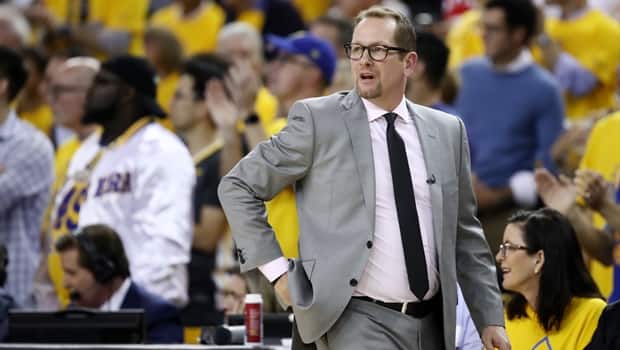 What's the good news then?

Most of the other World Cup countries are light on NBA players too. Remember, Canada just needs to finish as one of the top two teams from its region (the Americas) to qualify for the Olympics. There are seven Americas teams at the World Cup. The others are the United States, Argentina, Brazil, Dominican Republic, Puerto Rico and Venezuela.

The U.S. got spurned by a bunch of its stars too, but it still has a roster of all NBA (if not All-NBA) players and is the clear favourite to win the tournament. So let's assume they get the first spot. Canada then actually stacks up fairly well with the other five Americas teams. A quick scan of their potential rosters turns up very few NBA players, and no one who will knock your socks off.

The wrench here is that Canada also has to worry about the teams in its World Cup group. It needs to do well against them in order to finish ahead of its Americas rivals.

The top two teams in each group advance to the next round of the tournament, and Canada will be right in the mix in Group H. Betting odds posted by Pinnacle show basically a three-way tossup between Canada, Australia and Lithuania to win the group, with lightweight Senegal miles behind. Pinnacle's odds to win a medal show Canada with a significantly better chance to do so than any other Americas country besides the U.S., though Argentina is the clear favourite to win its relatively weak group. That's probably the team Canada has to worry about most.

One more reason to be optimistic about Canada's Olympic chances: even if it falls short at the World Cup, it can still get to Tokyo by winning one of the four wild-card qualifying tournaments that will be held in early July of next year. That's a few weeks after the NBA playoffs end and a few days before the Olympics start. Maybe Canada's best players would show up to save the day at the last minute.

Canada hosts two exhibition games vs. Nigeria this week: Wednesday at 7 p.m. ET in Toronto and Friday at 8 p.m. ET in Winnipeg. You can stream both of those live on CBCSports.ca. After that comes a five-game exhibition series vs. Australia (Aug. 16 and 17), New Zealand (Aug. 20 and 21) and the U.S. (Aug. 26). CBCSports.ca is live streaming the first four. Canada's first World Cup game is Sept. 1 vs. Australia.

This is an excerpt from The Buzzer, CBC Sports' daily newsletter. Stay up to speed on what's happening in sports by subscribing below.