Toronto moves ahead of Minnesota, Baltimore in wild card chase 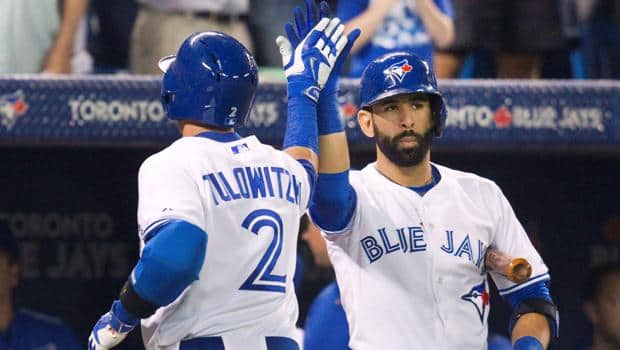 Hitting at the top of Toronto's potent lineup, Troy Tulowitzki doesn't feel any pressure to produce.

So far, that's working out fine for him and his new team.

Toronto's sixth win in seven games moved the Blue Jays ahead of the Twins and into the second AL wild-card spot.

The Blue Jays are undefeated in the six games Tulowitzki has started since last week's trade from Colorado.

"It makes my job easier when I don't have to try to do too much," Tulowitzki said. "There's a lot of guys who can come through and hit home runs at any point in time. I really haven't had that in my career. Played with good players, not this many of them."

Minnesota has been held to just one run in four of its past five games, losing all four. The Twins are 5-12 since the All-Star break.

"The thing we've done great all year is not worry about what's happened the day before so we're not going to let it get to us now," infielder Trevor Plouffe said.

Manager Paul Molitor held a team meeting before the game but it did nothing to shake up Minnesota's moribund offense.

"I wasn't trying to do a Knute Rockne or anything," Molitor said. "Just kind of get out there and make sure we understood where we're at and what we still have an opportunity to accomplish."

"Their top four are as good as any in baseball," Hughes said of the Blue Jays. "They're a tough group to navigate."

Hughes (10-7) lost for the first time since June 8 against Kansas City, snapping a streak of six straight winning decisions. He allowed five hits and three runs in 5 2-3 innings.

Donaldson hit his 28th home run in the first, connecting on a 2-2 pitch. It's the eighth time this season he's homered on a two-strike count.

Donaldson has a 22-game hitting streak against the Twins. It's baseball's longest active streak for any player against an opponent.

Tulowitzki made it 2-0 with a leadoff shot in the third, his second since joining Toronto.

Torii Hunter's bases-loaded sacrifice fly halved the deficit in the fourth, but Dioner Navarro chased Hughes and made it 3-1 with an RBI double in the sixth.

Estrada (9-6) left after Eddie Rosario's double in the seventh but Mark Lowe got Aaron Hicks to fly out.

Aaron Sanchez worked the eighth and Roberto Osuna finished for his eighth save.

Gibbons was suspended for coming back on the field when the benches and bullpens cleared in the eighth inning of Sunday's win over Kansas City. Gibbons had been ejected for arguing with home plate umpire Jim Wolf one inning earlier.

Sanchez was suspended three games for sparking the melee by throwing at Kansas City's Alcides Escobar. Sanchez is appealing his penalty.