Ontario Premier Doug Ford said Monday that "municipal, provincial and federal health folks" have given the team the OK, but they are still awaiting federal approval on the issue of quarantining.

The Toronto Blue Jays appear one step closer to being able to train at Rogers Centre for the upcoming season.

Ontario Premier Doug Ford said Monday that "municipal, provincial and federal health folks" have given the team the OK, but they are still awaiting a letter of support from the federal government.

The Blue Jays, the lone MLB team north of the Canada-U.S. border, had to ask for special permission from the Canadian government last week to use their Toronto stadium.

The border remains closed to non-essential travel due to the COVID-19 pandemic until at least July 21, and anyone entering Canada for non-essential reasons must self-isolate for 14 days. 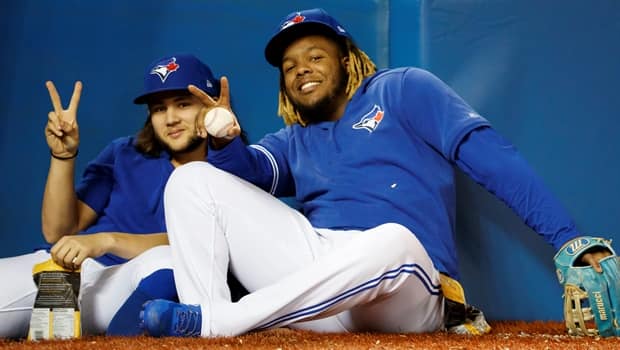 7 months agoVideo
3:43
As professional sports leagues are getting closer to restarting, it's looking like the city of Toronto will be hosting a lot of games. 3:43

It's unclear if the Blue Jays would also be playing their home games in Toronto, or if permission is being granted for training only.

Players would arrive in Toronto on Wednesday with camp officially beginning Friday. An abbreviated 60-game regular season would begin either July 23 or 24 and last 66 days.

Ford said he has been in conversation with Blue Jays President Mark Shapiro all weekend.

The Blue Jays are hopeful to stage training camp and play regular season home games in Toronto and will continue to work through this possibility. The team will communicate updates as information becomes available. 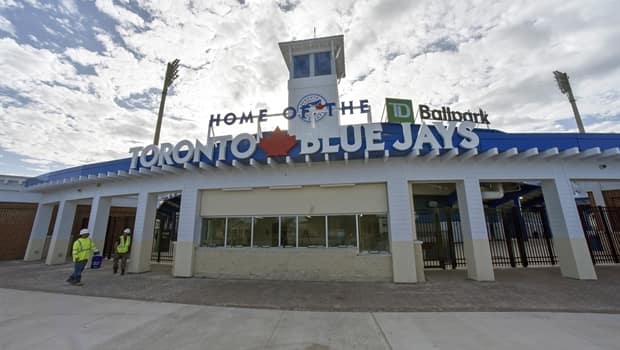 7 months agoVideo
4:35
Several Toronto Blue Jays players and staff have tested positive for the coronavirus, a source has told The Canadian Press. 4:35

Having a home base in Toronto would mean the Blue Jays can avoid using their spring training facility in Dunedin, Fla. — at least for the time being.

The Blue Jays said in a statement Monday that the club has started moving players and personnel to Dunedin to begin the intake screening and isolation process. The Jays said they will then either board a charter flight to Toronto to begin training under a modified quarantine, or remain in Florida to conduct training.

On Monday, the Public Health Agency of Canada issued a statement to CBC Sports confirming the federal government remains involved in the process.

Several Blue Jays players and staff recently tested positive for the novel coronavirus. The team shut down its Dunedin facility on June 19 after a player showed COVID symptoms.

Players arriving at camp this week must undergo an immediate temperature check and two COVID-19 tests — a diagnostic PCR test and a blood-drawn antibody test.

MLB announced its plans for an abbreviated season last week, saying most teams would play in their home ballparks and travel for games against division rivals and teams in the corresponding divisions of their opposite league.

The 2020 MLB season was supposed to begin March 26. Spring training was halted March 13 due to the pandemic.