Several MLB players opting out of season, many more are on the fence

Former Cy Young Award winner Felix Hernandez has joined the list of major leaguers opting out of the 2020 season due to the coronavirus pandemic, at least temporarily ending the 34-year-old's bid to revive his career.

Reigning AL MVP Mike Trout uncertain if he will play

Former Cy Young Award winner Felix Hernandez has joined the list of major leaguers opting out of the 2020 season due to the coronavirus pandemic, at least temporarily ending the 34-year-old's bid to revive his career.

Stars Christian Yelich of the Milwaukee Brewers and Jose Altuve of the Houston Astros said Sunday they plan to play the 60-game season scheduled to start later this month. Reliever Sean Doolittle, who helped Washington win the World Series last year, plans to play but says that if he feels uncomfortable, he'll opt out. He also wondered if the United States has done enough to combat the pandemic to deserve a return to sports.

As baseball prepares to start its season in less than three weeks while the coronavirus continues to ravage the U.S., there is growing unease in many clubhouses. Even Mike Trout's mother weighed in on Twitter, urging Americans to wear masks as the reigning AL MVP considers his options for the season.

In Oakland, two projected members of the Athletics' starting rotation, ace Mike Fiers and Jesus Luzardo, were not on the field for a second straight day of the reboot of spring training because of what manager Bob Melvin called a "pending" issue without elaborating, aside from saying it's not injury-related. 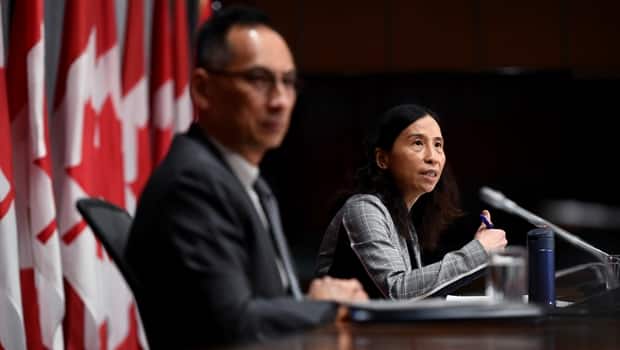 5 months agoVideo
2:19
Chief Public Health Officer of Canada Dr. Theresa Tam and Deputy Chief Dr. Howard Njoo answer questions after the Blue Jays were cleared to train in Toronto. A decision on playing regular season games in Toronto has yet to be made. 2:19

Fiers was the whistleblower of the Houston Astros' sign-stealing scandal who pitched his second career no-hitter last season. He and Luzardo were workout partners in Florida during the off-season and quarantine period.

The A's, who have lost the AL wild-card game the last two seasons, are not confirming positive coronavirus tests.

Oakland was forced to push back its first full-squad workout because intake testing results for position players were not yet available following the July 4 holiday. The team expects to practice as a full unit Monday.

Atlanta Braves manager Brian Snitker said Hernandez decided to opt out after he participated in workouts on Friday and Saturday at Truist Park. The decision came a day after Snitker announced that four-time All-Star first baseman Freddie Freeman, premier reliever Will Smith and two other Atlanta players tested positive for the virus.

Hernandez, a six-time All-Star in 15 seasons with Seattle who won the 2010 AL Cy Young Award, needed a fresh start following his worst season. King Felix signed a one-year minor league deal with the defending NL East champion Braves and made a strong early impression in spring training before the pandemic delayed the season.

Sean Doolittle tells MLB to 'clean this up'

Minutes after Nationals manager Dave Martinez said two players out of 60 tested were positive for the virus, Doolittle lamented not having his test results back from Friday and implored baseball to "clean this up."

The 33-year-old said the Nationals still haven't received the respirator masks they were told were coming.

"It's a little bit disorganized," Doolittle said. "We're not getting tests back in time. They still haven't sent us the PPE. We're supposed to have N95 masks, stuff like that, gowns, gloves. We're supposed to have that stuff, we don't have that stuff. Those are the things it's going to take for people to stay safe enough for us to continue this season."

"There's a lot of players right now trying to make decisions that might be participating in camp that aren't 100 per cent comfortable with where things are at right now," Doolittle said. "I'm planning on playing, but if at any point I start to feel unsafe, if it starts to take a toll on my mental health with all these things that we have to worry about and just kind of this cloud of uncertainty hanging over everything, then I'll opt out."

Doolittle also implored fans to take care of themselves and attempt to stop the spread of COVID-19 to make sure baseball and other sports can resume.

"Sports are like the reward of a functional society, and we're just like trying to bring it back even though we've taken none of the steps to flatten the curve or whatever you want to say," he said. "We did flatten the curve for a little bit, but we didn't use that time to do anything productive. We just opened back up for Memorial Day. We decided we're done with it.

"If there aren't sports, it's going to be because people are not wearing masks because the response to this has been so politicized. We need help from the general public. If they want to watch baseball, please wear a mask, social distance, keep washing your hands."

Yelich says it's an 'easy call' to play

Yelich, the NL MVP in 2018, said he never thought of opting out but will support any player who does.

"For myself, it was an easy call," he said Sunday. "Guys are all in different boats. If you choose to opt out or if we ever had anybody who chose to opt out, I would fully support that decision and understand where they were coming from."

Altuve, the 2017 AL MVP, has two daughters at home, including one who was born this summer.

Although he had concerns about returning to play, he said: "I asked our doctors and almost everybody how high-risk my baby and my wife could be because (the baby) is so young. The answer I got was they don't qualify for the high-risk percentage of people. So that's why I decided to join my team."

Indians manager Terry Francona has been staying apprised on players such as Los Angeles Dodgers pitcher David Price who have decided against playing.

"I have a feeling that there probably are more guys than have been listed that are probably along those categories that are thinking of things like that," he said.

Daniels said he didn't plan to announce if the team has any more positive tests.

Pittsburgh manager Derek Shelton said outfielder Socrates Brito and pitcher Blake Cederlind tested positive for the coronavirus and allowed their names to be released. Shelton indicated there are other players on the club who have tested positive but have not granted the team permission to announce the diagnosis.

Philadelphia ace Aaron Nola is among the seven Phillies players who haven't reported. The team is not revealing who is on the COVID-19 list. Seven players have tested positive, including the players who forced the shutdown of the team's spring training complex a few weeks ago.

The Chicago White Sox said two players tested positive and are asymptomatic. They are isolated in Chicago.

Trout uncertain if he will play

Meanwhile, Trout's mother, Debbie, tweeted a picture of her son with the caption: "If Mike Trout can wear a mask running the bases, you can wear a mask going out in public," with the hashtag "WearAMask."

Trout's wife, Jessica, is expecting the couple's first child in August and the Los Angeles Angels slugger has said he's not comfortable with the current climate and might not play.