The Milwaukee Brewers released first baseman Justin Smoak on Tuesday after designating him for assignment last week. Smoak hit .186 in 33 games this season with five home runs and 15 runs batted in.

The Brewers entered Tuesday night's game at Detroit trailing the final playoff spot in the National League by 1 1/2 games.

Smoak's struggles came after he hit 85 homers over the previous three seasons with Toronto, although his home run totals and batting average slipped over the course of that span. 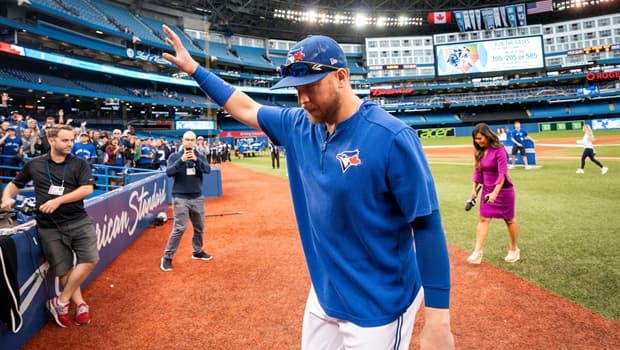 1 year ago
1:36
Justin Smoak doubled twice to cash in three RBIs in the Blue Jays 8-3 victory over the Rays. 1:36
CBC's Journalistic Standards and Practices|About CBC Sports