He had the long frame and the big hands and feet essential to dominating the sport of swimming. But it was the fire within Victor Davis that made the late breaststroker a Canadian legend.

Editor's note: This is part of a series of stories celebrating some of Canada's top sports heroes and moments as the country marks its 150th birthday this year.

Rent composer Jonathan Larson wondered in Seasons of Love how one can measure the life of a man or a woman.

In truths that she learned; or in times that he cried? In bridges he burned; or the way that she died?

Victor Davis seemed to live that kind of life, from the time he breasted on to the world swimming scene with a world record in 1982 at just 18, through a career that included a gold and three silvers in Olympic Games, to his death at 25 in a hit and run outside a Montreal bar.

He may be the most incandescent of Canada's Olympians, taken in the word's second meaning of passionate and brilliant.

Such a short, unforgettable life.

Davis was born into 1964 Guelph, Ont., and eventually found his way into swimming at 12. He was discovered there by former water polo Olympian Clifford Barry, who stayed with him through his upcoming career.

Before anyone saw the now famous achievements at the 1982 worlds in Ecuador, Barry knew there was something distinctive, as he expressed a year later.

"He's got it, whatever that means, 'having it,'" said Barry in the 1983 documentary The Fast and the Furious, directed by William Johnston and Ira Levy. "[He's] like John McEnroe ... angry, intense ... Victor has that intensity that people don't understand.

"They don't understand how much he wants to win."

The film featured Davis and teammate Alex Baumann, himself on the way to an outstanding career that included two Olympic golds in the medley events considered the truest measure of a swimmer. Together they would be Canada's faces in the sport through most of the decade.

Davis's specialty was the breaststroke — like drumming, one of those skills that asks for a special relationship between brain and body. It's also the one stroke in which you push the water forward, rather than back behind you, requiring great technical skill and immense strength.

One look at Davis's body and you saw the musculature — the 6-foot-2 length, the big hands and feet. But it was the brain, and the soul, that provided the engine its fuel.

"I like to compete," the young Davis said of himself in the documentary. "I like to get up on the block and try and intimidate my competitors and let them know I'm beside them... I don't throw things at them or anything, I just let them know I'm there."

Perhaps not throwing things, but he did famously kick something once.

At the 1982 Commonwealth Games in Brisbane, Australia, one of Canada's relay teams was disqualified and Davis was so incensed he kicked a chair "right across the pool deck" — in front of Queen Elizabeth II. Undaunted, he went and raged in a bathroom. That story, as Baumann said in a 2008 Toronto Star article, grew over time.

There is a temptation to tell these Victor tales forever, forgetting the athlete. Here's a short list of accomplishments:

Byron MacDonald, a former Olympian and a long-time coach who called many of Davis's best races for CBC Sports, says the medals are important but the swimming world remembers him for his world record. Great Britain's Wilkie had held the mark for six years — a lifetime for a swimming record — and Davis didn't just break it, he crushed it.

"If you break a world record, you are one of the best... it even supersedes winning a gold medal at the Olympics, really, because if you break the world record you can be one of the greatest in the history of the sport," says MacDonald, who points out a swimmer might have "peaked out" by the time a Games comes along, or another challenger showed up for the gold. 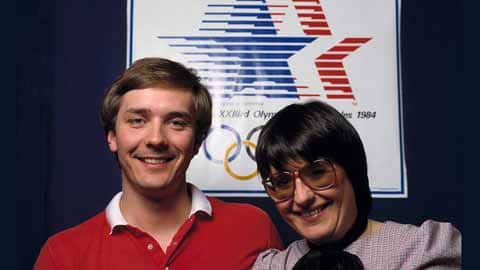 Everyone has a Victor story, and here is one of MacDonald's favourites:

At the 1987 Pan Pacific championships in Melbourne, Australia, Davis hadn't qualified well for the 100 breast final and he wasn't 100 per cent healthy. The American, Richard Schroeder, had qualified 1.5 seconds faster, so Victor went to work on him.

"Literally from the time he got into the ready room he did everything in his power to psyche [the American] out," says MacDonald.

He talked loudly. On the march out, where the swimmer in lane eight leads the line of athletes, Davis apparently slowed down, sped up, anything to confuse. He did what was then standard for Victor, stretching out on the deck and lowering his top half into the water for five, six, seven seconds, before emerging with a walrus roar and spitting out a stream.

"The American kid was totally at Victor's mercy... by the time the gun went off, the American was done. Victor beat him [and won the gold]."

Retiring after 1988, Davis was looking for something new to do with his life. On Nov. 13, 1989, that life came to an end, two days after Davis was hit by a speeding car while standing in the middle of a street outside a Montreal bar.

He was eulogized by Dave Stubbs, the long-time Montreal Gazette columnist who had been media head of Swim Canada during most of Davis's career and considered him a close friend.

Stubbs took his ashes to New Zealand where, with the blessing of the local Maori and surrounded by some family members and a Catholic priest, they were scattered just off Rangitoto Island, the youngest volcano in New Zealand.

Just 600 years previously, it had risen from the water in a tremendous burst of lava and life.