Sometimes we follow history. Sometimes history follows us. For a few days in February of 1984, Canadian speed skater Gaetan Boucher did both while creating a story of his own in the snow and cold of the Zetra Ice Rink of Sarajevo.

For a few days in February of 1984, Gaetan Boucher did both while creating a story of his own in the snow and cold of the Zetra Ice Rink of Sarajevo, Yugoslavia.

Boucher was 25 when he carried both the Canadian flag and a lengthy resume into the opening ceremony that belied the belief he wasn't tall enough, had too short a stride and was not always at his best in big races.

Not in these big races to come. Not even after breaking an ankle the year before.

In less than a week in the Balkans, there was a bronze in the 500 metres, Boucher's weakest race, then a gold against chief rival Sergey Khlebnikov of the Soviet Union in the 1,000.

Boucher would then win another gold against the Russian in the 1,500.

Those three medals in one winter Olympics were the most ever to that time by a Canadian — not that the competition was that wide as this country, surrounded by a world of steroids and without much national funding, simply didn't win. Brian Orser's silver, in men's figure skating, would be the only other bauble as those Games came to a close.

Not until Cindy Klassen won five medals in 2006, also on the oval, was that mark eclipsed.

That had been the goal right from childhood to the 1980 events at Lake Placid, where a silver medal was easily eclipsed by the greatness of American Eric Heiden, who brought five gold medals along with him.

Winning was the goal again as the push for Sarajevo began. After all, if you're going to follow Heiden's history, do it with some style.

It's difficult not to look over the shoulder of Boucher as he circles the outdoor track at Sarajevo, simply because we know what's going to happen less than a decade later.

Down the front stretch you can see in the background the Zetra Ice Hall, 15,000 seats, used for figure skating, gold-medal hockey and the closing ceremonies.

In May of 1992, Serb shelling and bombing would level it in just one day as part of the Bosnian War, one that would rip apart the former Yugoslavia.

That arena's seats would be used as coffin boards.

As Boucher circles to the backstretch on the outdoor track, you can see snowy banks, behind which lie the beautiful park space that surrounded the downtown sports facilities for the city.

Now, they are the site of a huge graveyard, its inhabitants placed there because of the four-year siege during the Bosnian conflict. There is no other Olympic site, not even Munich, that evokes such sadness after the glory of those February days.

Somewhere between 11,000 and 15,000 (depending on the source) soldiers and civilians died in the constant bombardments and sniper attacks — more than 1,500 of them children. They are buried right there where a few years earlier, athletes, tourists and residents had come together for the peace of the world.

We can, however, hold on to that as a happier memory in a city now rebuilt in Bosnia and Herzegovina; athletes such as Marja-Liisa Hamalainen and Eirik Kvalfoss, Phil and Steve Mahre, Jane Torvill and Christopher Dean, Scott Hamilton, Katarina Witt, Wild Bill Johnson... and Gaetan Boucher.

There was never a lack of confidence in the Canadian star, who only started skating at 15, choosing speed skating because you could practice for an hour indoors at school instead of playing hockey outdoors.

Boucher did not work for a professional future as this wasn't Holland and there was no opportunity, nor did he or the other skaters have big equipment contracts or a government behind them. You found the money. You found the time.

All the time, he told CBC Radio after the Olympic glory, the goal was winning ... round and round ... hour by hour ... winning. This was not exactly the Canadian way, understand, though it paid off with the first title, the 1984 world sprint championship, and the memories of Sarajevo. 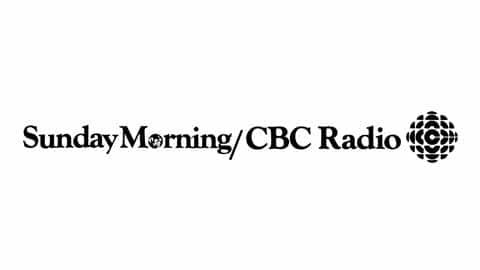 He would be asked to explain this attitude to the Summer Olympic team before they set out for Los Angeles in 1984.

"We didn't seem to understand it, but we were always preparing to lose — beaten before we even started," he told the athletes. "I was expecting to win in Sarajevo last winter. It wasn't a question of hoping. I was there to win, and I detect the same thing here."

In a summer spectacle boycotted by most of the Soviet Bloc (retaliation for the same by most of the West in 1980), Canada would have its best-ever outing in L.A.

Boucher's career began to wane as age caught up — silver in the world sprints for 1985, then a 13th and 15th. At Calgary for the 1988 Games there would be one more special moment as the old fella found a fifth in the 1,000 metres.

As with the history that surrounded his career, however, Gaetan Boucher's legacy would be forever.