Elvis Lajoie is an Elvis impersonator who shares much more than a first name with his idol. The documentary 'King Lajoie' takes us into his world.

On August 16, 1977, the life of an 18 year-old man from Quebec was shattered: his idol, Elvis Presley — who was like a spiritual big brother — was found dead in his home in Memphis.

More than 40 years later, Elvis Lajoie continues life as an Elvis impersonator. His love for The King has never wavered.

Lajoie continues to visit Memphis each year; his hometown shows often sell out. Lajoie is a local celebrity in Trois-Rivières, Quebec, where local fans recognize him in his classic convertible. He’s surrounded by an eccentric entourage that accompanies him on his epic Elvis tours. 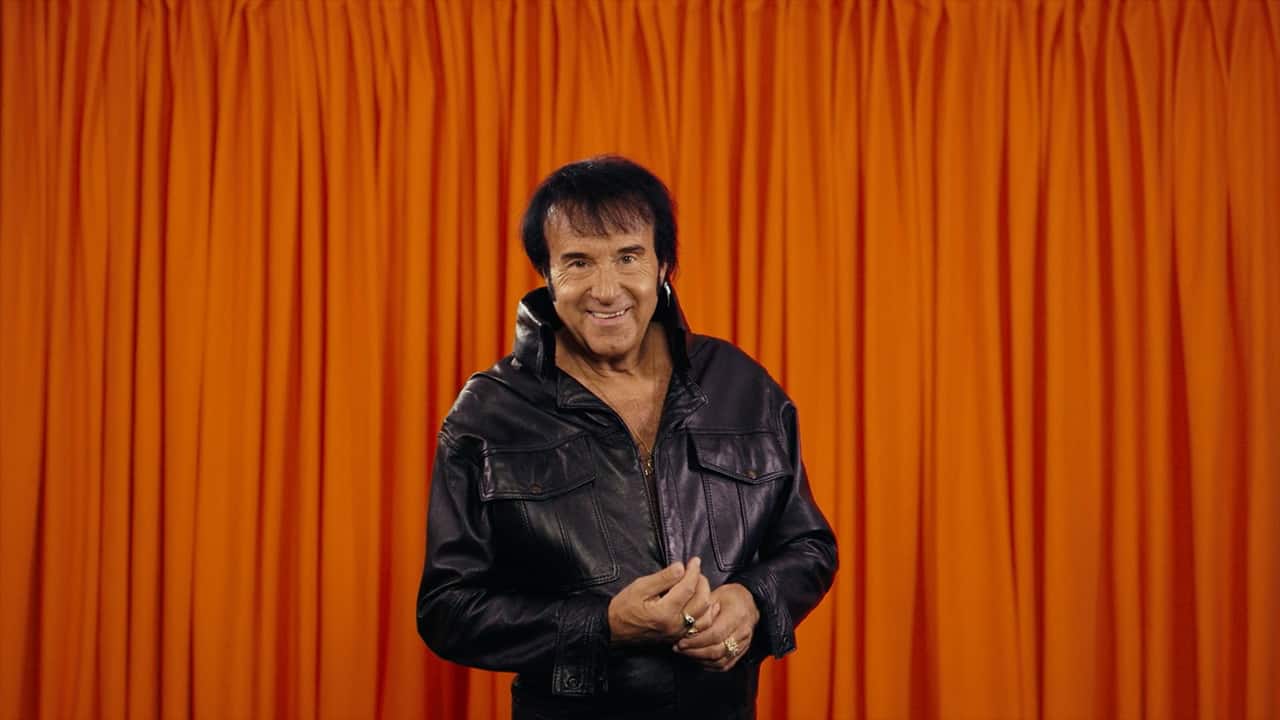 In the documentary King Lajoie, we get a glimpse of the man behind the Elvis impersonator. Through the colourful prism of the people around him, we dive into the history of Elvis Lajoie, learn more about his fanatic devotion and explore what it’s like to live in symbiosis with your idol. 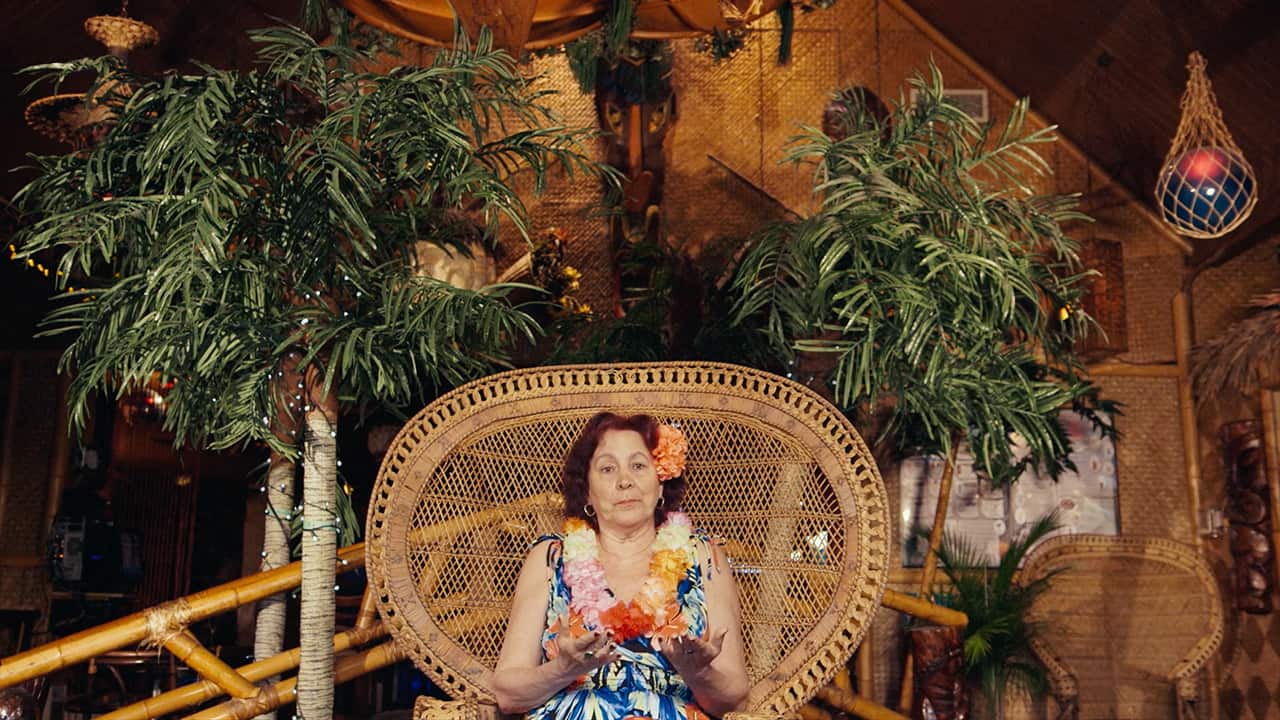 Thérèse Simard is as passionate about Lajoie as she is about Elvis Presley. She’s the personal astrologer to this star from Trois-Rivières.

Simard has no doubt that both idols have a similar cosmic trajectory. With her guidance, King Lajoie — who is a Leo and Taurus Ascendant with moon in Pisces — can now dream of greatest heights of stardom.

She has an extensive collection of scarves and photos of Lajoie, enough to make his greatest fans from the Mauricie region jealous. Thérèse would never miss a show with her local idol for anything in the world. She even named her cat Elvis. 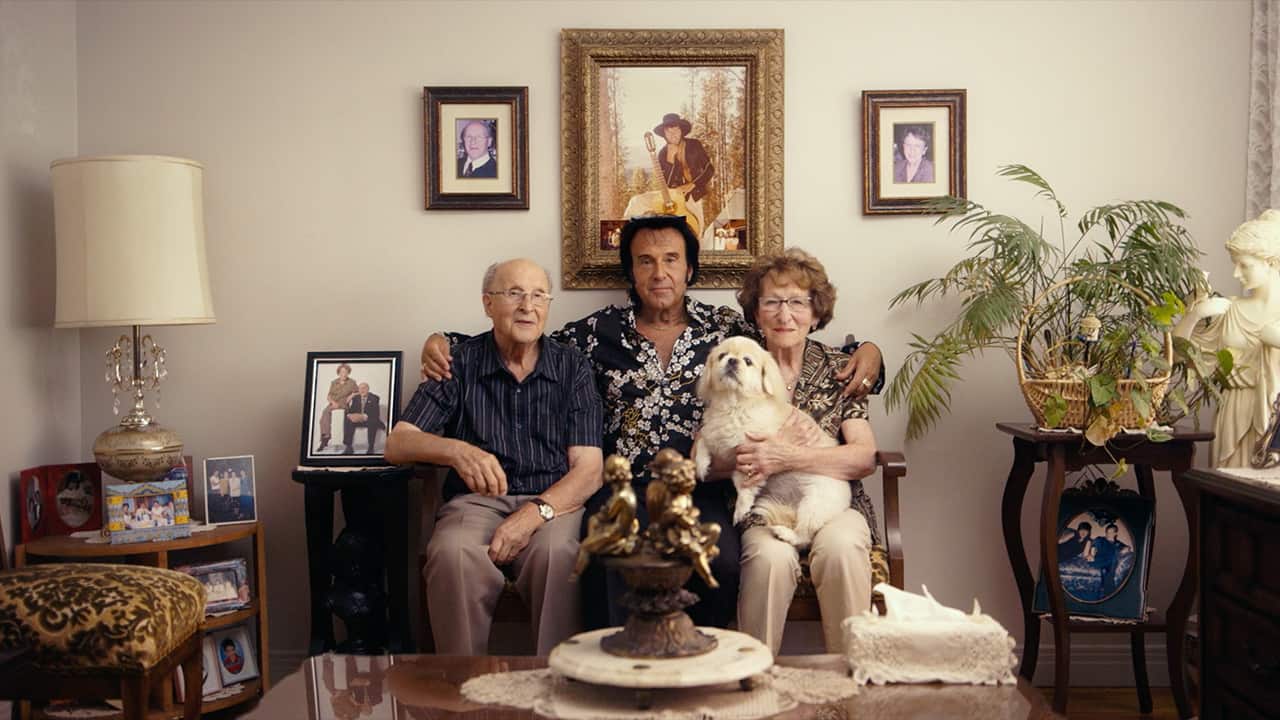 As their son’s biggest fans, Frank and Louise have always been encouraging parents to Elvis.

Louise, a seamstress with magic hands, makes all his costumes, sparing neither spangles nor rhinestones so that her son can shine in front of a crowd.

Frank, his father and former manager, is a proud supporter of his remarkable son. The love they have for their child is evident in their admiration and devotion. 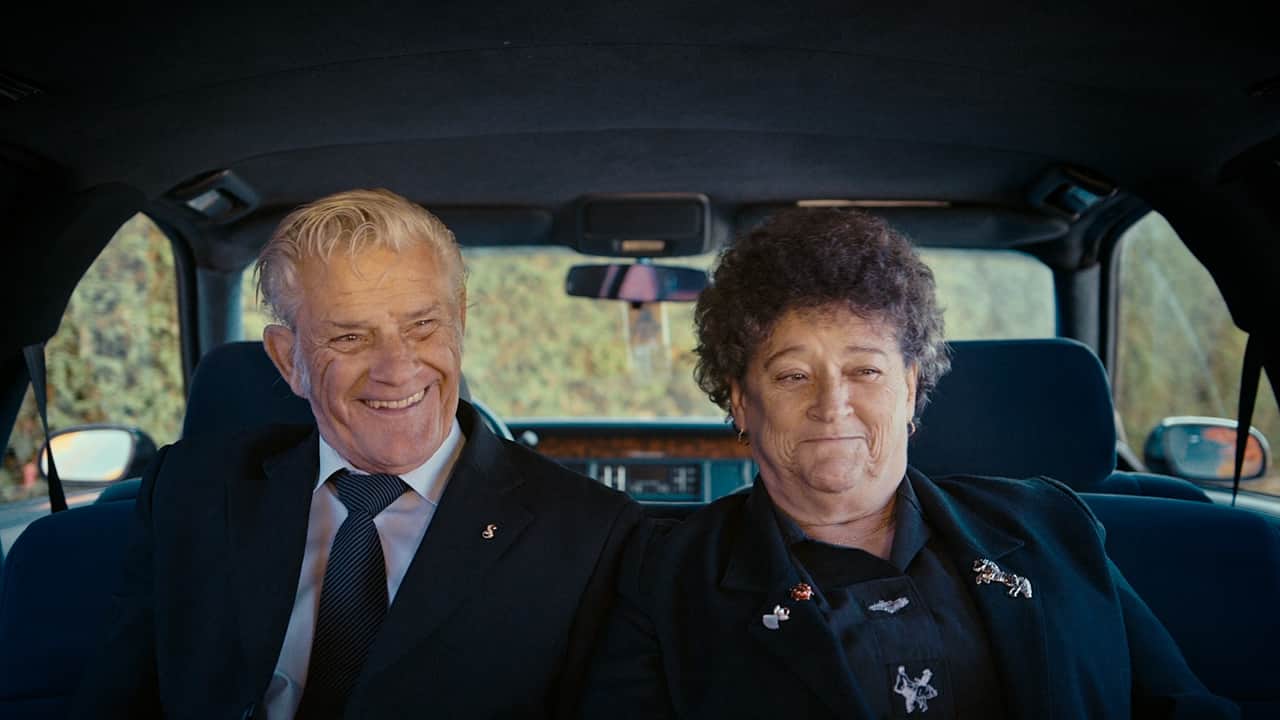 This couple, married for over 50 years, loves to drive The King around in their gleaming limousine, impressing onlookers as they pass. Just like their friend Elvis, they understand the importance of making dreams come true. Their motto? The sky’s the limit. 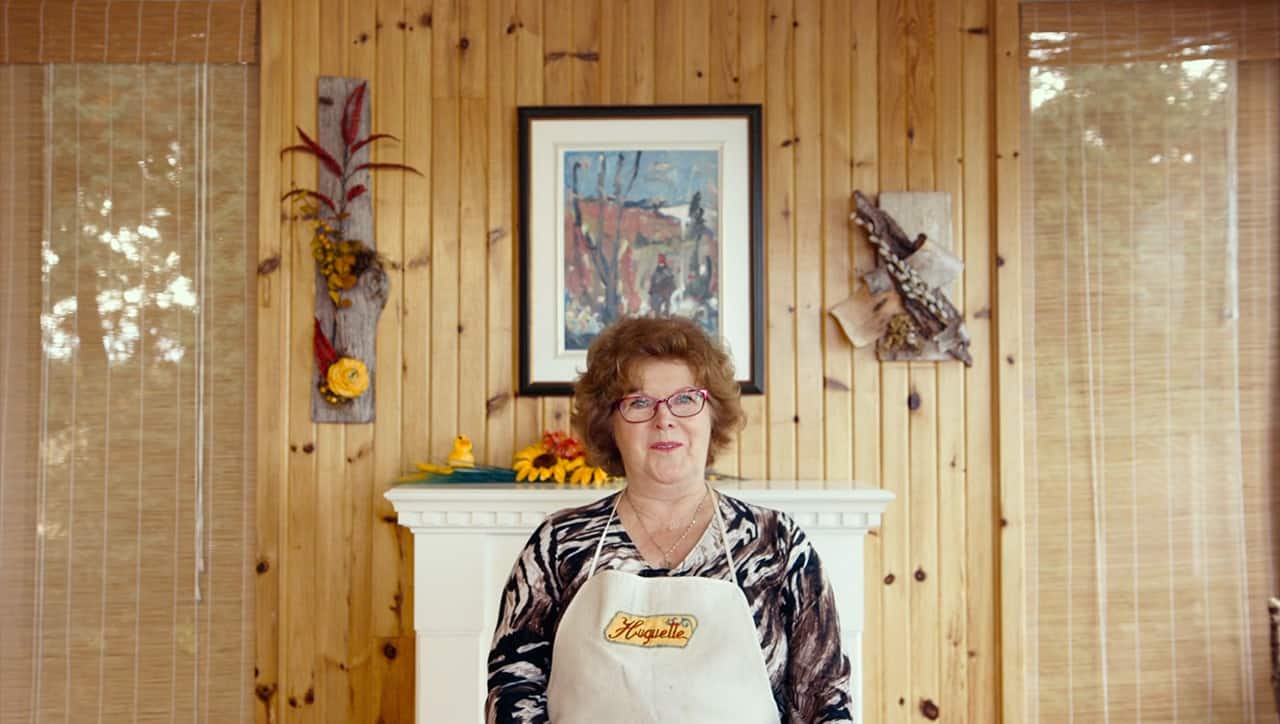 Huguette has worked as Lajoie’s secretary for a very long time. She acts as his talent manager, soliciting venues for his performances and attendees to fill the shows. She’s devoted to Lajoie, a consolation for having never seen Elvis Presley in person. 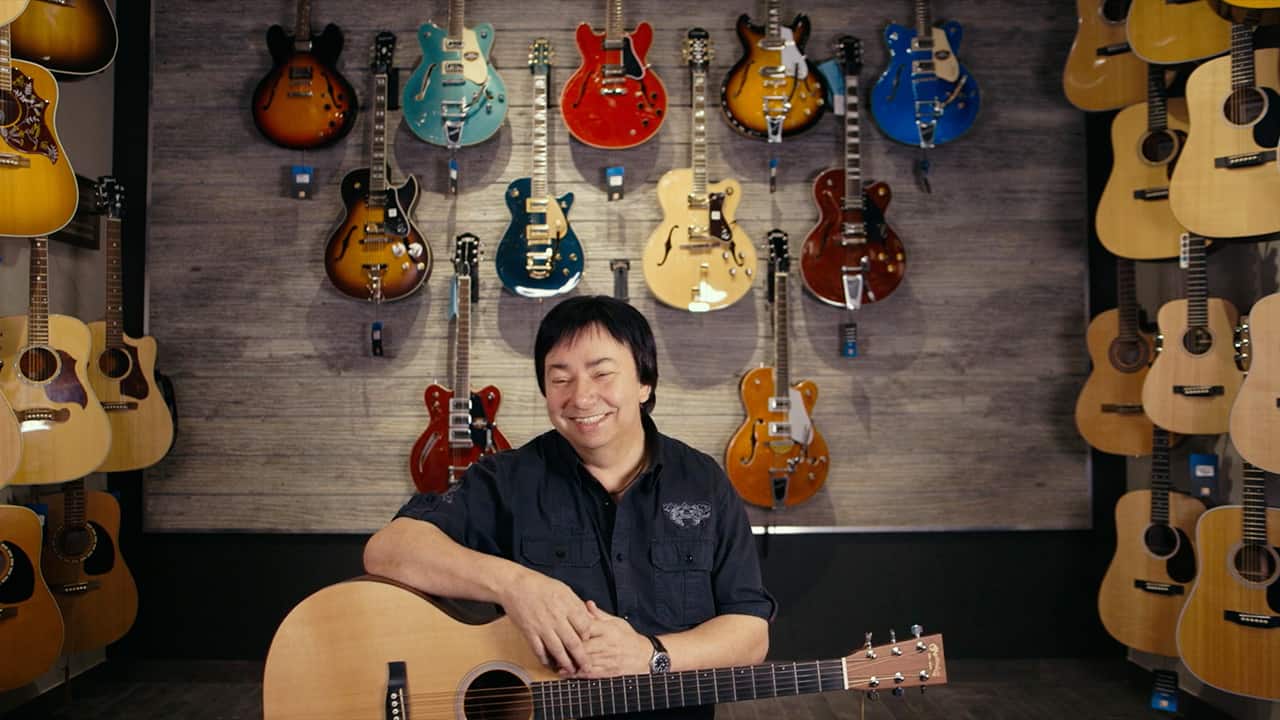 Michel has been Elvis Lajoie’s guitarist for almost 40 years; he is the most loyal collaborator to the King.

They started their careers performing in front of wild teenagers at high schools and have since solidified an undying friendship through many years of shows.

Michel is a self-taught musician who specializes only in Elvis Presley music. Michel and Elvis roll around the region in their bus, impressing fans at their shows. Michel believes his friend Elvis even surpasses the iconic Michael Jackson when it comes to putting on a show. He’s an incredibly loyal friend. 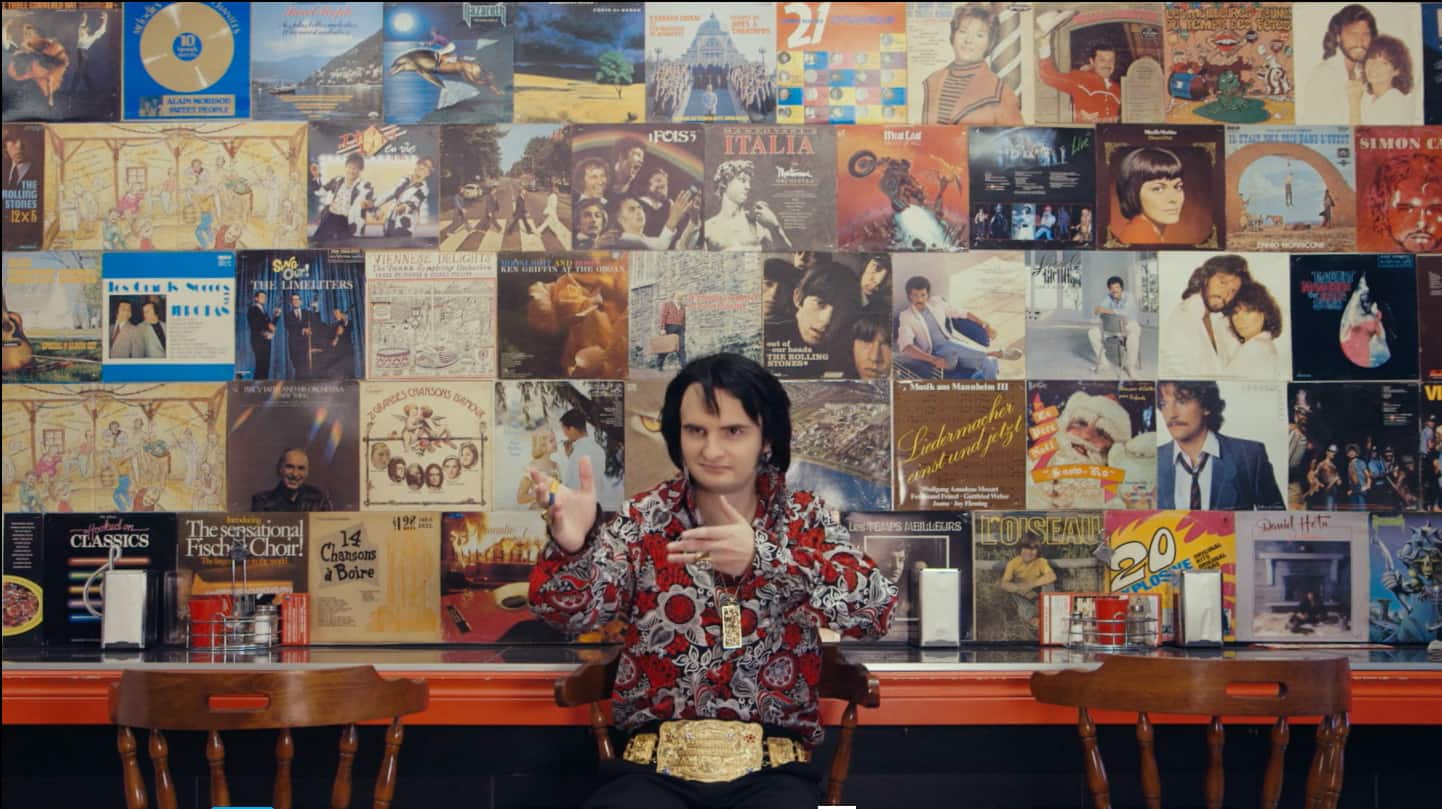 With a degree in computer science, Patrick walks in both his idols’ shoes by doing Elvis shows in the region. He became passionate about Elvis Presley films in his youth and then discovered Elvis Lajoie, a celebrity from his hometown. That’s where his hope to impersonate The King was born (it remains to be seen if the city can handle two Elvis impersonators). 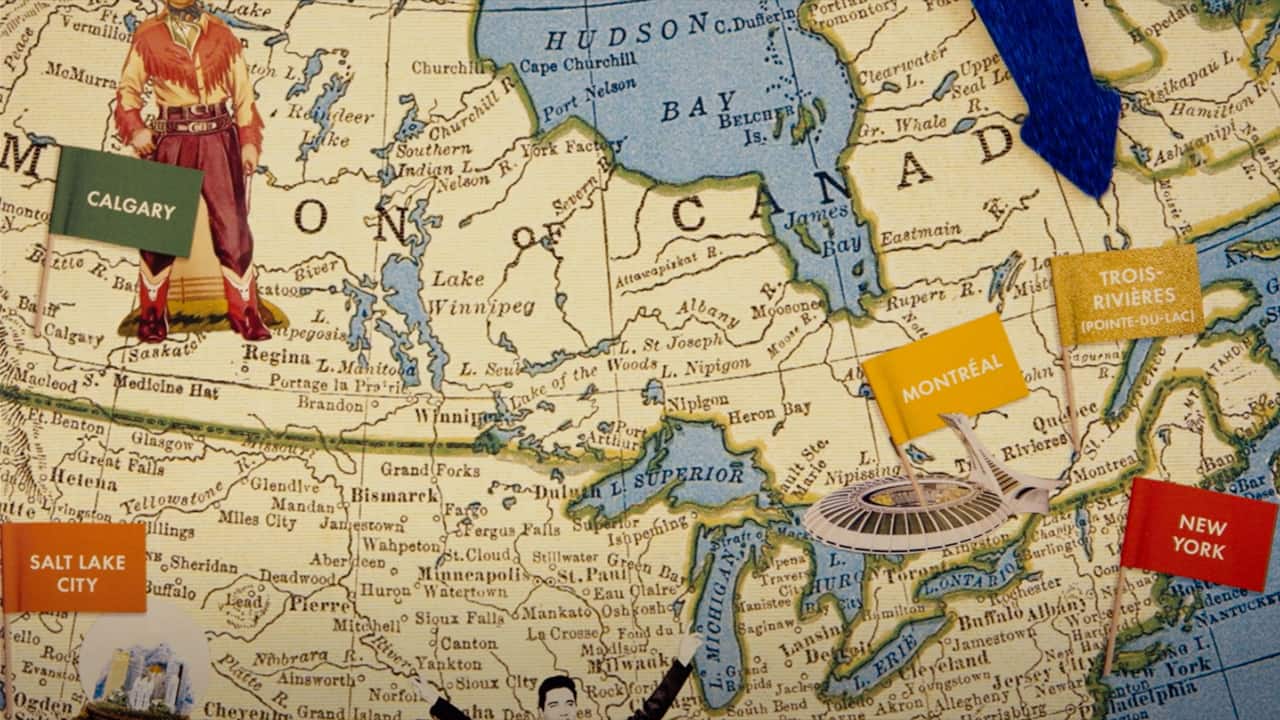 Trois-Rivières is a Canadian city located in the province of Québec, between Montreal and Quebec City. It has 135,000 inhabitants (almost all of them are fans of King Lajoie) and is the most populated city in the Mauricie region. It was founded in 1634; it is the second-oldest city in the province.

In 2009, the city of Trois-Rivieres was one of several cities named as a cultural capital of Canada; we think Elvis Lajoie had something to do with this decision.

With humour and fantasy, King Lajoie paints the portrait of fascinating man with a lifelong obsession.