Four Faces of the Moon: An untold story of colonization

“We begin this story in a dream — which rapidly transforms into a nightmare.”

Four Faces of the Moon is a stunning stop-motion documentary that follows the journey of an Indigenous photographer as she travels through time.

She witnesses moments in her family's history and strengthens her connection to her Métis, Cree and Anishnaabe ancestors. The film contains no English language, relying on sound, image and Indigenous voice to tell the story. This is a personal story, told through the eyes of director and writer Amanda Strong and based on the oral and written history of her family.

The moon, which holds great importance in Cree and Anishnaabe culture as a seasonal guide and a marker of change, drives the film, marking the passage of each chapter.

We begin this story in a dream — which rapidly transforms into a nightmare.

A young deer runs across a moonlit field, pursued by a hunter’s arrow. We arrive at the spectre of a mountain of buffalo skulls. The deer collapses. 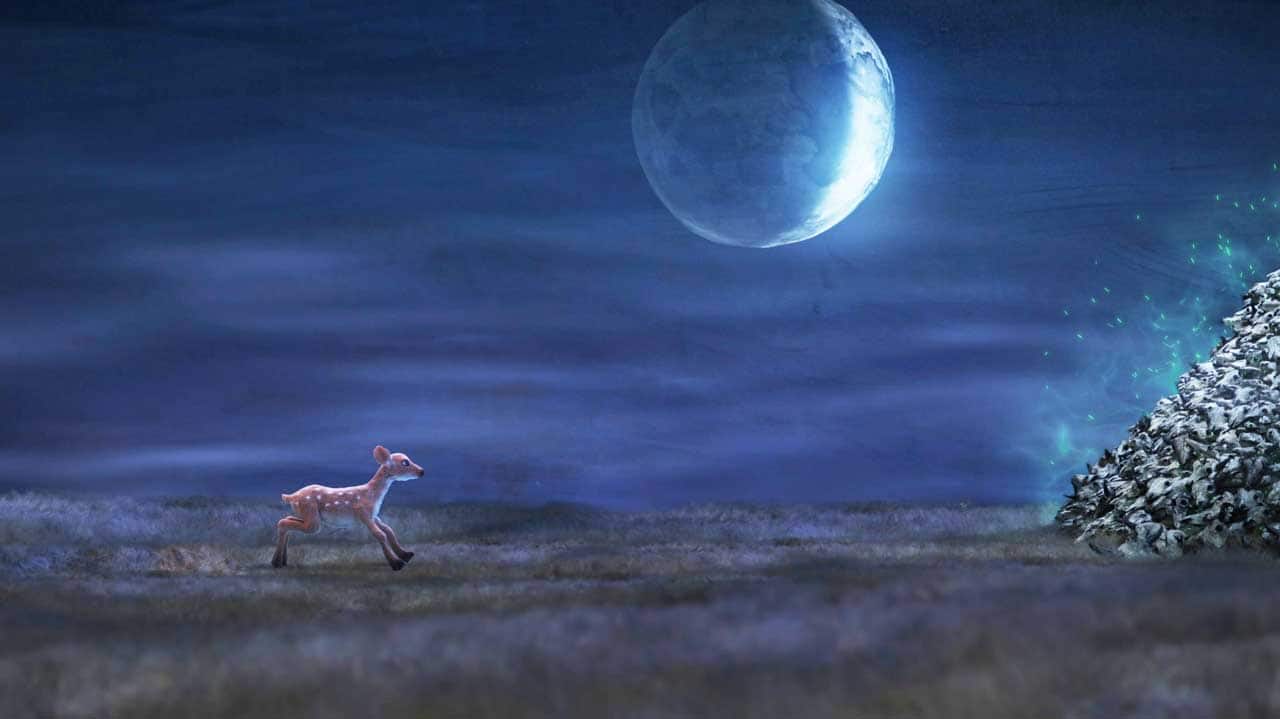 In both Canada and the US, eliminating the buffalo was a tactic to control the original people of the land – the Indigenous nations who relied on the buffalo for sustenance.

Skeletons and skulls were stacked on top of each other as a monument to this destruction. The bones were also collected to erase signs of their existence.

Four Faces of the Moon: a 13-minute short

My name is not a sin. 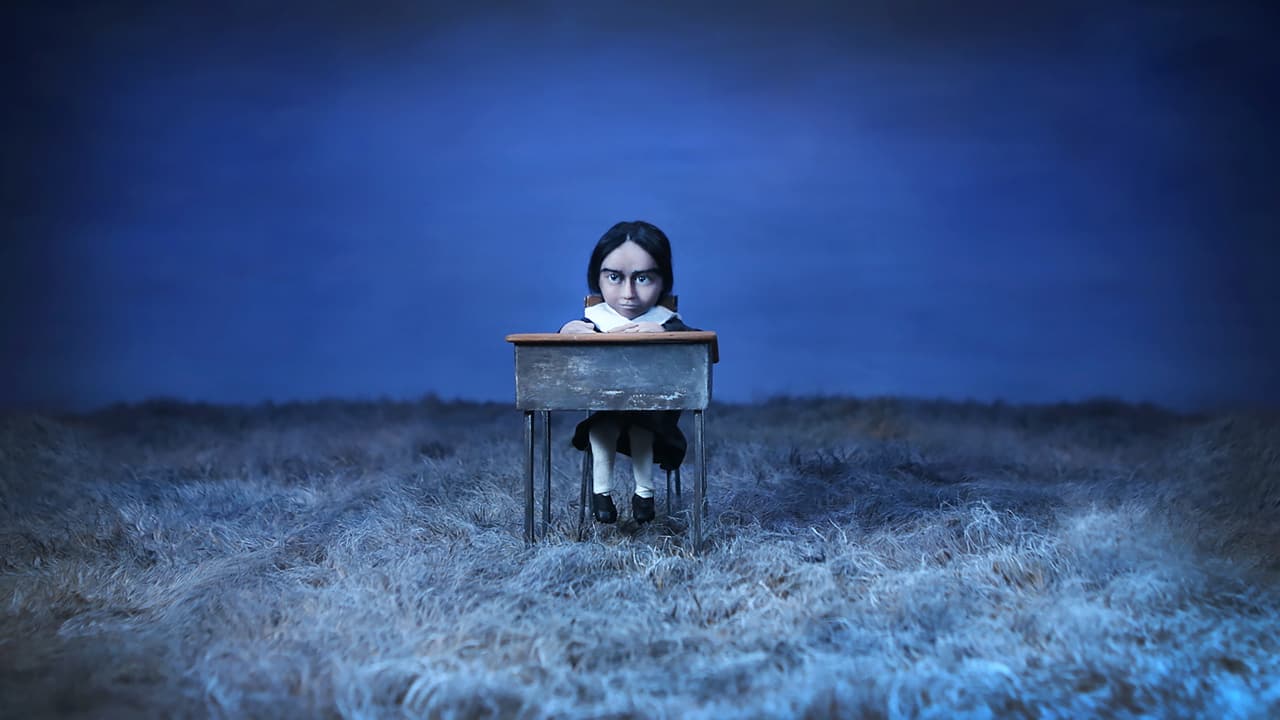 We move in and out of the darkroom, which first brings us to Amanda's grandmother Olivine Bousquet. We see her as a child, collecting bottles. Olivine was instrumental in keeping the history and spirit of the Métis culture alive in her family and she rebelled against indoctrination into the church. She still carries a fighting spirit and speaks proudly of where she is from.

We plant with the moon in a ground that once shook with thunder. Aiming, piercing, moving. We work with the changes. We work like arrows to rise again. 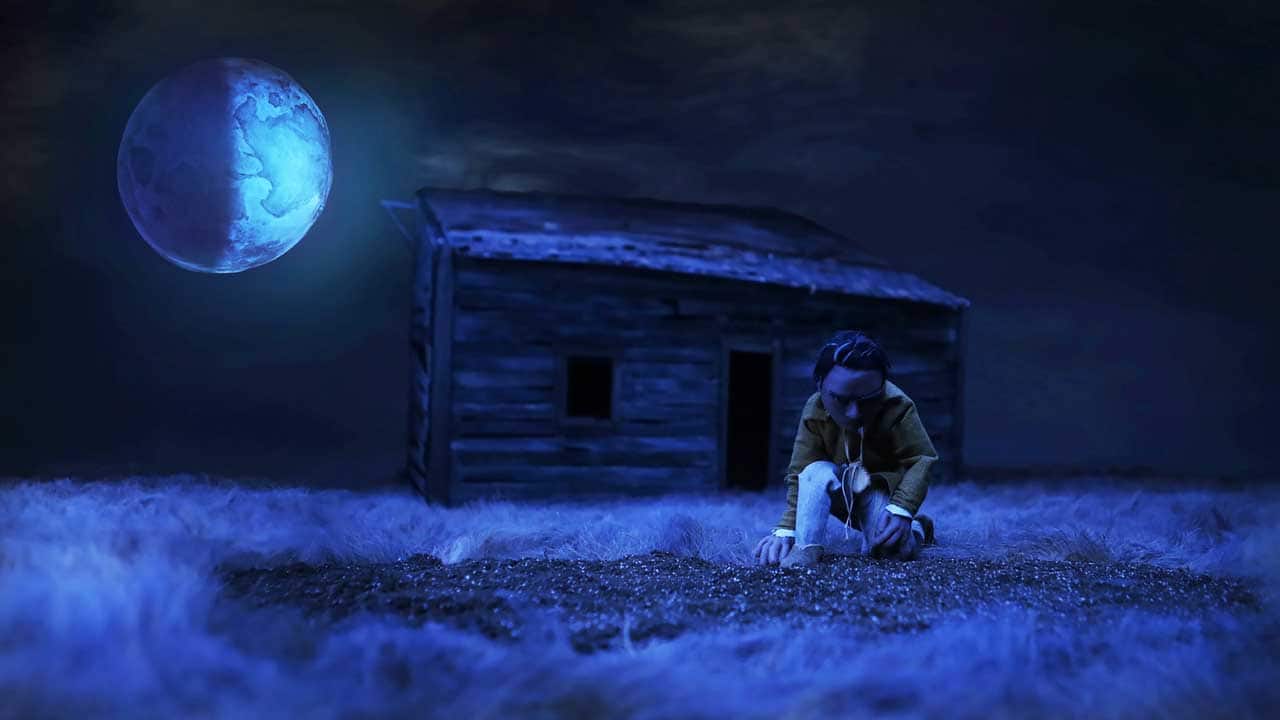 Olivine's grandfather Napoleon Bousquet was multi-lingual and the godson of Métis leader and war strategist Gabriel Dumont. They fought together in the Battle of Batoche and he passed stories of this time down to Olivine.

The legacy of the resistance and defeat at the hands of the Canadian government led many Métis families to flee. Many hid their identity in order to survive.

We are scattered. Like lost seeds away from the pack. Entangled in their conquest. Trying to settle in where the blood has been mixed. 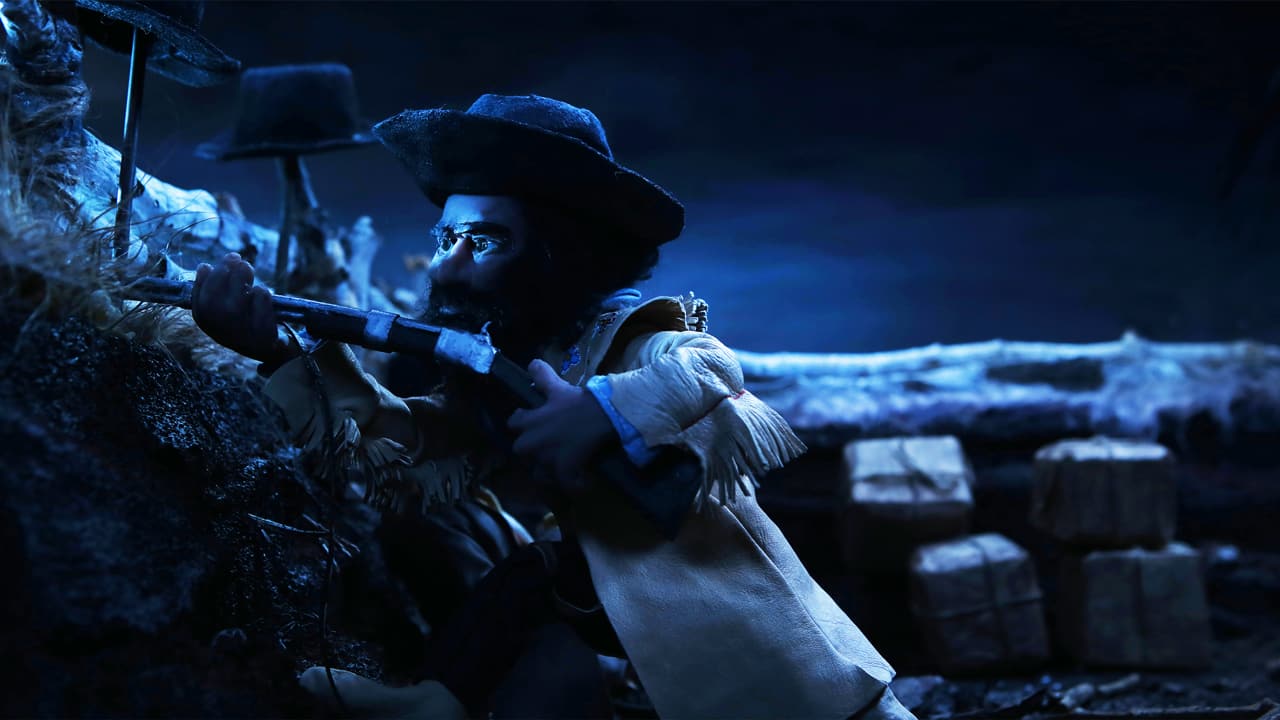 We reach further back into time and see the role the railways played in systematically eliminating the bison from the plains and thus subjugating Indigenous peoples onto reserve lands.

We see Napoleon's grandfather John Baptiste Wilkie, a noted Buffalo hunt chief and peacemaker between Nations. He was Gabriel Dumont's father-in-law and they participated in hunts together. Wilkie was also at the forefront to meet with surveyors who were there to make plans for the railway. The railway was used to complete the colonization of lands coast-to-coast. It dispersed violence and displacement for all Indigenous people in its path.

In Four Faces of the Moon, we witness the impact and legacy of the railways, the slaughter of the buffalo and colonial land policies. This multi-layered approach to storytelling may leave you with more questions than answers: it is an invitation to look into your own understanding of history, legacy and the importance in knowing who you are and where you’re from.