Between You and Me: Multiple truths, one family trauma

Over a decade after her father was incarcerated, Rebekah Skoor teamed up with friend and filmmaker Chase Joynt to give new life to her family's painful story through film. Samantha White

“It was Easter, and my mom called, and she was crying,” Rebekah Skoor recalled in a moment from the new short documentary Between You and Me. “She told us something really bad had happened.”

Months later —on October 1, 2002 — Skoor’s father Michael, a pastor at their San Diego Lutheran Church, was convicted of more than 20 counts of child sexual abuse. In Boston that same year, charges of child molestation against five Catholic priests were already underway. Michael would be one of the first religious figures on the west coast to face similar charges.

Skoor was still reeling from the revelation of her father’s offenses when she became friends with Chase Joynt, the person who would bring her story to screen over a decade later.

“I think it’s very easy to fall into the trap of good and bad people. That bad people do certain kinds of things, and good people don’t do those things,” Joynt says.

“Chase and I met in college,” Skoor remembers. “[He] was starting to publicly speak about being a sexual abuse survivor.”

Skoor herself was grappling with both news of her father’s crimes and the ostracization and shame her mother and siblings were facing back home.

“As a privileged person who happens to be white, who happens to be in the community position we were, we didn’t know anyone who had ever been to prison before,” Skoor recalls. “We had been so removed from that.”

The subject of sexual abuse was loaded for both Joynt and Skoor, yet “it really informed the friendship we were trying to have,” says Skoor. “We were attempting to sink into empathy with one another, and failing at times at that.”

While she found an empathetic ear in Joynt, Skoor struggled to broach such a taboo — and personal — matter with others in her life. “I’ve experienced so many times when I start to tell the story where a door just gets closed,” she says. “There are so many survivors in [the LGBT] community. Sexual violence is such an incredibly difficult thing to talk about.” It wasn’t until years later that the two felt ready to discuss the possibility of giving a new voice to this painful experience through film.

“Fifteen years ago we started the conversation,” adds Joynt. “It’s taken us 15 years to figure out how to start telling the story.”

The result is Between You and Me, a 10-minute documentary that follows Skoor and Joynt as they travel to visit Michael in prison, where he is currently serving a 29 year sentence.

Can a good person do terrible things? 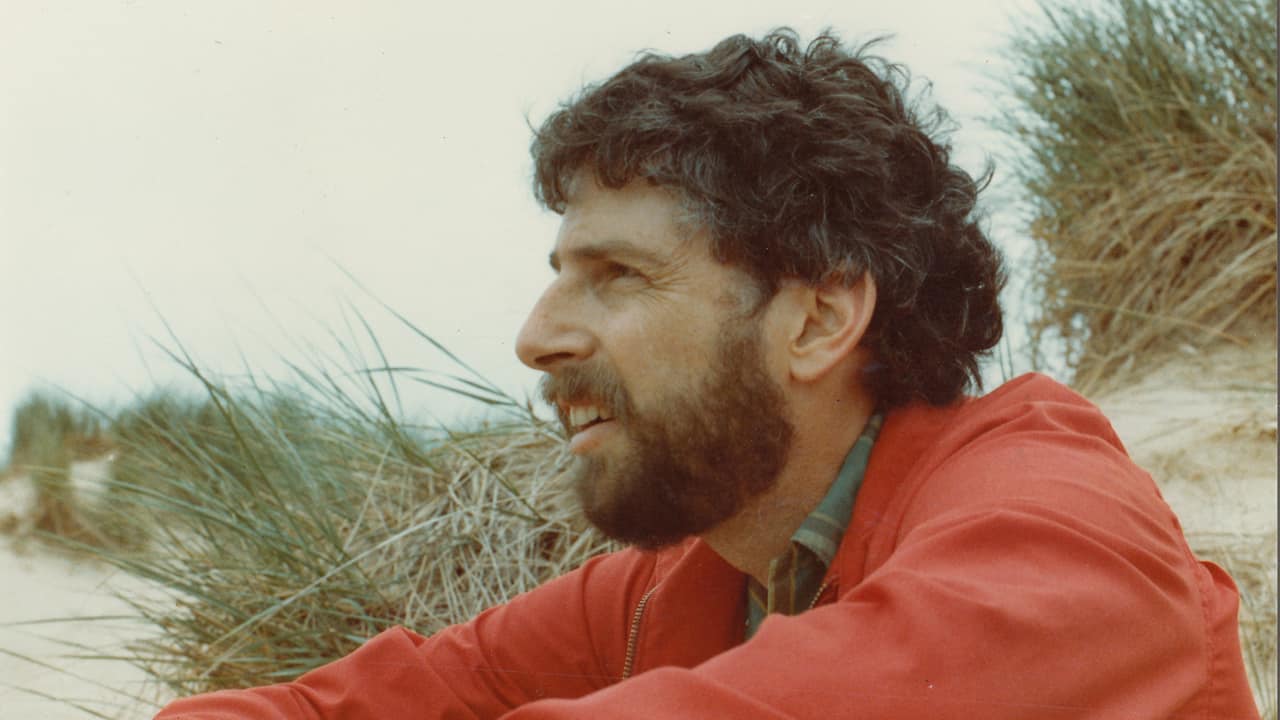 An old photograph of Michael Skoor

Jumping between present-day moments of Joynt and Skoor driving to visit Michael and footage from the Skoor family’s personal home video collection, the film reads as a slow exhale; a meditation on the friction between loving someone and acknowledging the pain they caused.

Reconciling those oppositional truths in the man who raised her is something Skoor has struggled with since she and Joynt first bonded. “The devastating loss of a father who everybody loves, continues to love, how someone who could be… such a good family person also could be responsible for these heinous acts, really destabilized our ability to make clear-cut conclusions,” Joynt adds.

The chance to explore this dichotomy onscreen was something that drew Joynt to the project in the first place. “I think it’s very easy to fall into the trap of good and bad people. That bad people do certain kinds of things, and good people don’t do those things,” says Joynt. “There are always multiple truths in the telling of any story. And what does it mean for all of these truths about Michael to exist simultaneously?” 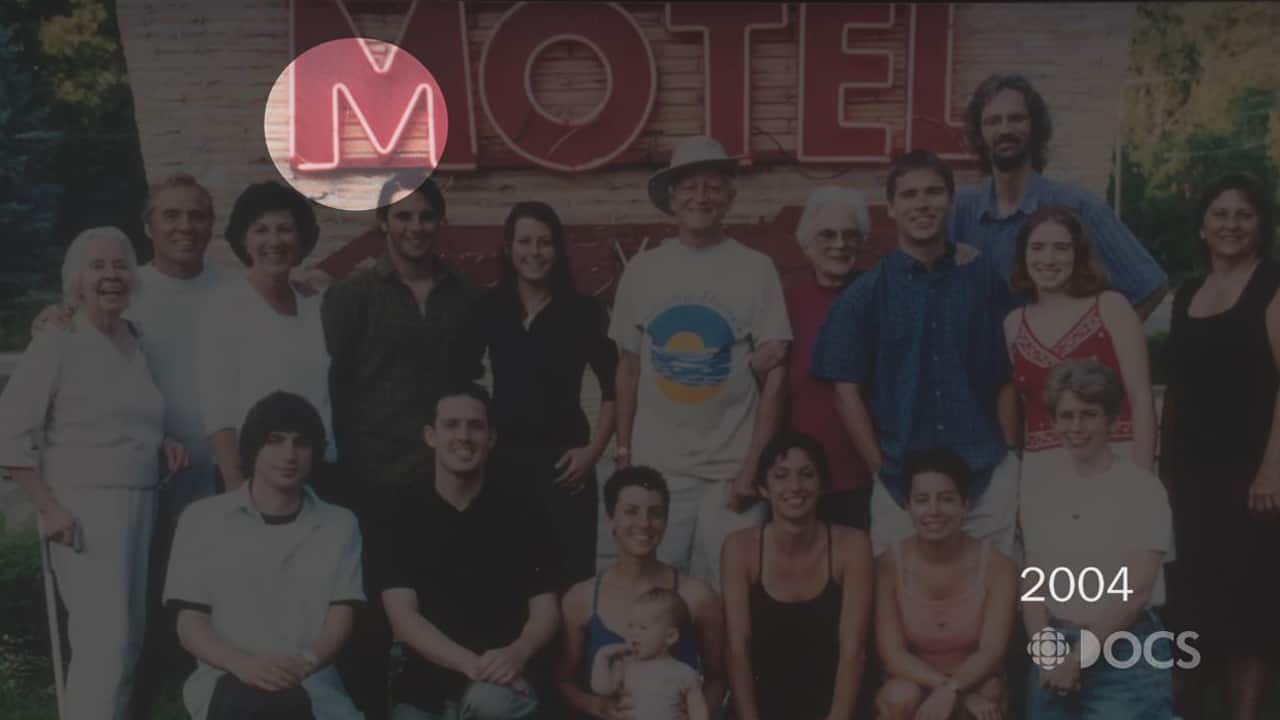 In the documentary itself, Michael only appears in grainy home video footage, much of which was shot during the family’s treasured summer vacations. Those home video movies allowed Joynt to juxtapose the two different Michaels, one a loving father running after his children on the beach, the other an abuser.

“Part of the project for me,” he adds, “was building this tension between asking somewhat impossible, irresolvable questions and allowing enough visual space for people to think about the myriad of answers that might be available.”

Skoor initially struggled with the ambiguous approach of the film. “I am much more of a literal storyteller,” she explains. “I want to say what happened, where I was when it happened, what happened to my mom, what my siblings went through. I want to tell the details.”

But for Joynt, keeping the specifics out of the story was a conscious choice, driven by the desire to protect those absent from the film while also giving audiences “the time and space to continue thinking” instead of closing more doors.

In this sense, film became the perfect medium to share a personal trauma that people are reluctant to explore. Filmmakers are taught to “show not tell”, and letting images of a family man sit quietly against the weight of Michael’s offenses, allowed Joynt to tell his friend’s story without turning real human pain into an exposé.

Sometimes details don’t make you think, says Skoor. But this film opens opportunities to wonder. “So maybe the wondering is more important than the knowing.”

For more, watch the full short documentary Between You and Me.