I didn’t get the part. But the experience changed my life — and the lives of 5 other Asian men

By Nobu Adilman, director, Short Round Up

The year was 1983. Like many kids, I wanted to become a famous Hollywood actor. There was just one problem: I was a half-Japanese, Canadian kid.

The only people who looked like me on screen were kung fu masters, bad guys who got killed after seconds of screen time, or white people grossly playing Asian characters. But I had seen E.T. the Extra Terrestrial, and I needed to be Steven Spielberg’s best friend. I knocked myself out thinking about my life in the limelight.

Lo and behold, my prayers were answered: that year, Spielberg announced that he was making the sequel to his epic Indiana Jones blockbuster, which would later be known as Indiana Jones and the Temple of Doom. And Indy was going to have an “Oriental” (read: Asian — it was the ’80s) sidekick: Short Round, a sassy, street-wise, ass-kickin’ kid who would blurt out snappy one-liners and roundhouse kick his way into pop culture history. 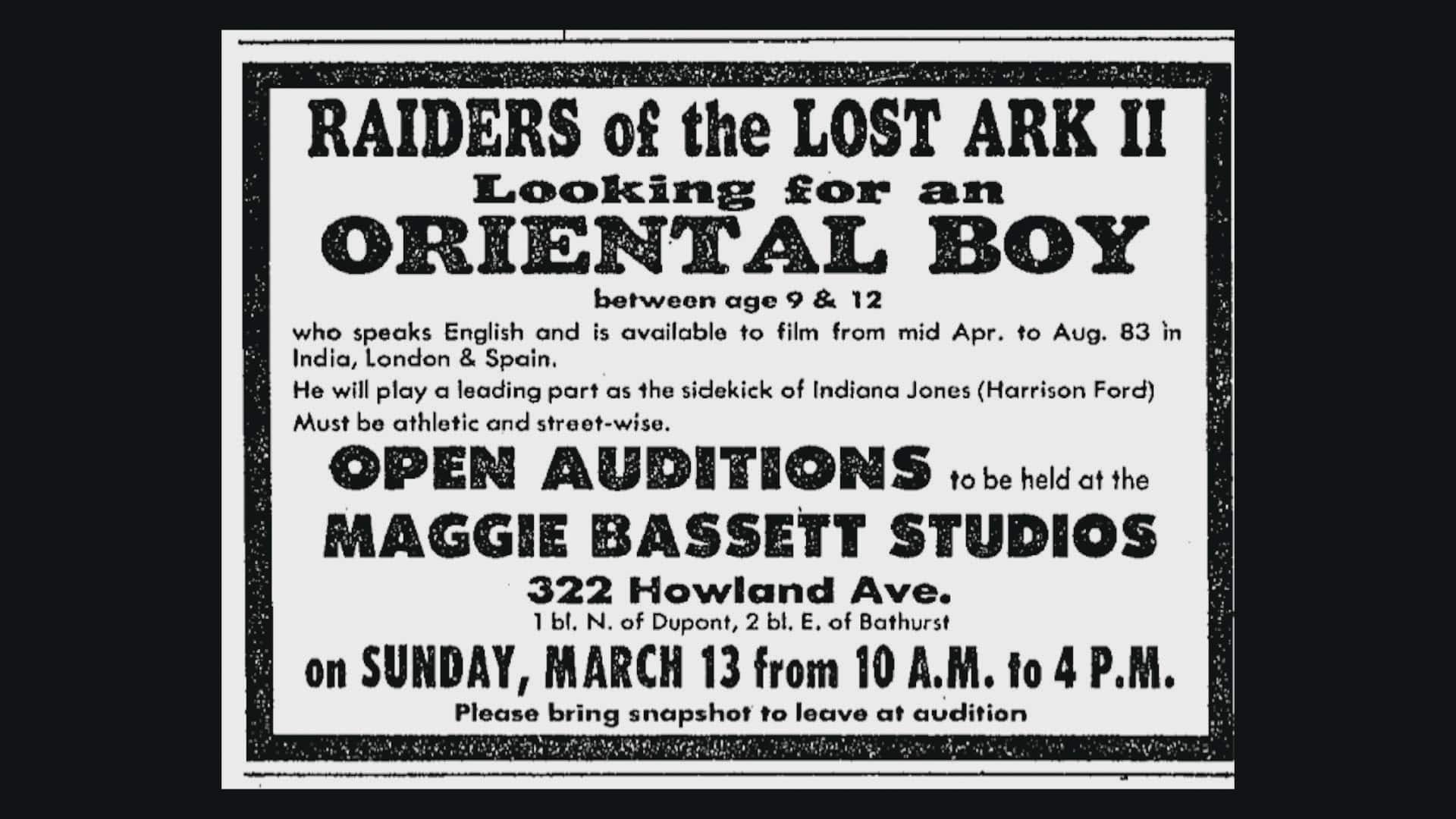 The original Toronto casting call for Short Round.

This was my golden ticket. But there were a few problems I hadn’t banked on.

Spielberg was embarking on an international call, with open auditions in major cities across North America, plus one in the U.K. That meant I had major competition. Thousands of similarly wide (slanty) eyed, delusional children also saw this as their one-way ticket to stardom.

A slim minority (of the minorities) could actually act. I was in the majority. I loved movies, but I had no idea how to make-believe on camera.

But that didn’t matter to me. Being chosen for the role was my fate — my destiny. I was going to get the part, and Spielberg was going to introduce me to the Hollywood elite. It couldn’t have been easier.

Spoiler alert: it wasn’t that easy. My dreams, like those of thousands of other Short Round hopefuls, were destroyed in 30 seconds — the time it took to shepherd us in and out of the audition room.

Thirty years later, I was still thinking about this landmark moment. Time hadn’t aged Temple of Doom very well, but that opportunity to be on the big screen trumped it all. Even though the part of Short Round went to the deeply talented Jonathan Ke Quan, the experience had changed my life.

It meant something that I could have been that kid. I also got to cheer for Ke Quan as he adventured with Indy. It was the first time I can remember watching a Hollywood film where a young Asian kid starred and was aligned with the hero. It was major. I could actually imagine myself as one of the leads in the film, a massive blockbuster and box office hit. I may not have gotten the part, but the experience led to my life in the arts as a producer, director, writer and sometime actor. It was huge.

I wanted to talk to some of the other men who had auditioned. Was the experience as critical for them? How did it affect their lives? And what ever happened to Ke Quan? I went on a quest to find these men so we could all talk about that time we might have been Short Round. I made a website (shortroundup.com) and put out a call on social media seeking fellow aspiring Short Rounds. 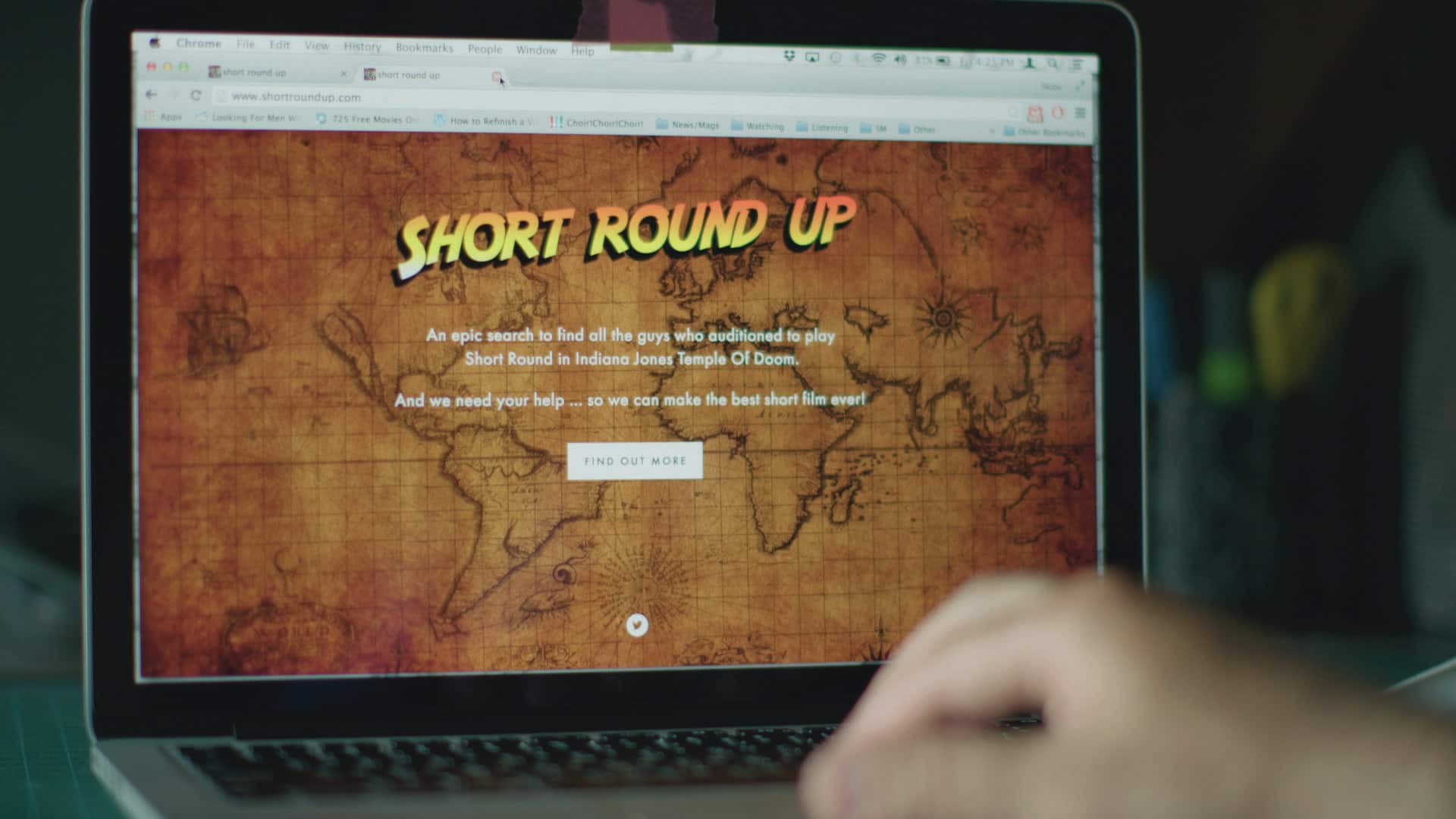 The website Nobu Adilman made to search for other wannabe Short Rounds.

The results came in all shapes, sizes and personality types. And the men’s responses were far more emotional than I ever could have expected. Imagine a group of Asian men in their 40s, all excitedly talking about a landmark personal moment in which they were rejected! Our conversations became the short documentary Short Round Up.
Short Round is a cartoonish character — as is the whole Indiana Jones series — but he bound us together in a lifelong way. We’d all had a chance to feel valued and included. The experience of auditioning (however deluded we were about our chances of becoming famous actors) allowed us to see ourselves in a new, more powerful light. We could imagine ourselves as main characters — as leading men.

And even if, ultimately, someone else got to become Steven Spielberg’s best friend in real life, we got a chance, finally, to sit at the table. The extreme imbalance in diverse casting wasn’t solved, but it was a start.

Watch Short Round Up on CBC Short Docs.