Dayton Wilson, 24, pictured here in 2018, suffered brain damage from an overdose in 2016 and has trouble speaking and walking. (Jeff Bassett/The Canadian Press)

In his youth, Dayton Wilson was a free spirit, an aspiring rap artist with a burgeoning talent at playing the electric guitar.

That all changed in September 2016, when a fentanyl overdose left him with brain damage.

Wilson's speech and balance were most greatly affected after the overdose.

His movements are as slow and deliberate as the way he talks. His vocabulary remains intact, but he speaks as though a recording of his voice is being played at half-speed.

Today it takes the 24-year-old a few moments to find the words he wants to say.

"Sometimes it's too loud. Sometimes I can't find an opportune moment to try to say [the right word]," Wilson said in an interview with White Coat, Black Art.

His hands often involuntarily clench into fists. He's likely permanently lost the dexterity that allowed him to play the guitar. 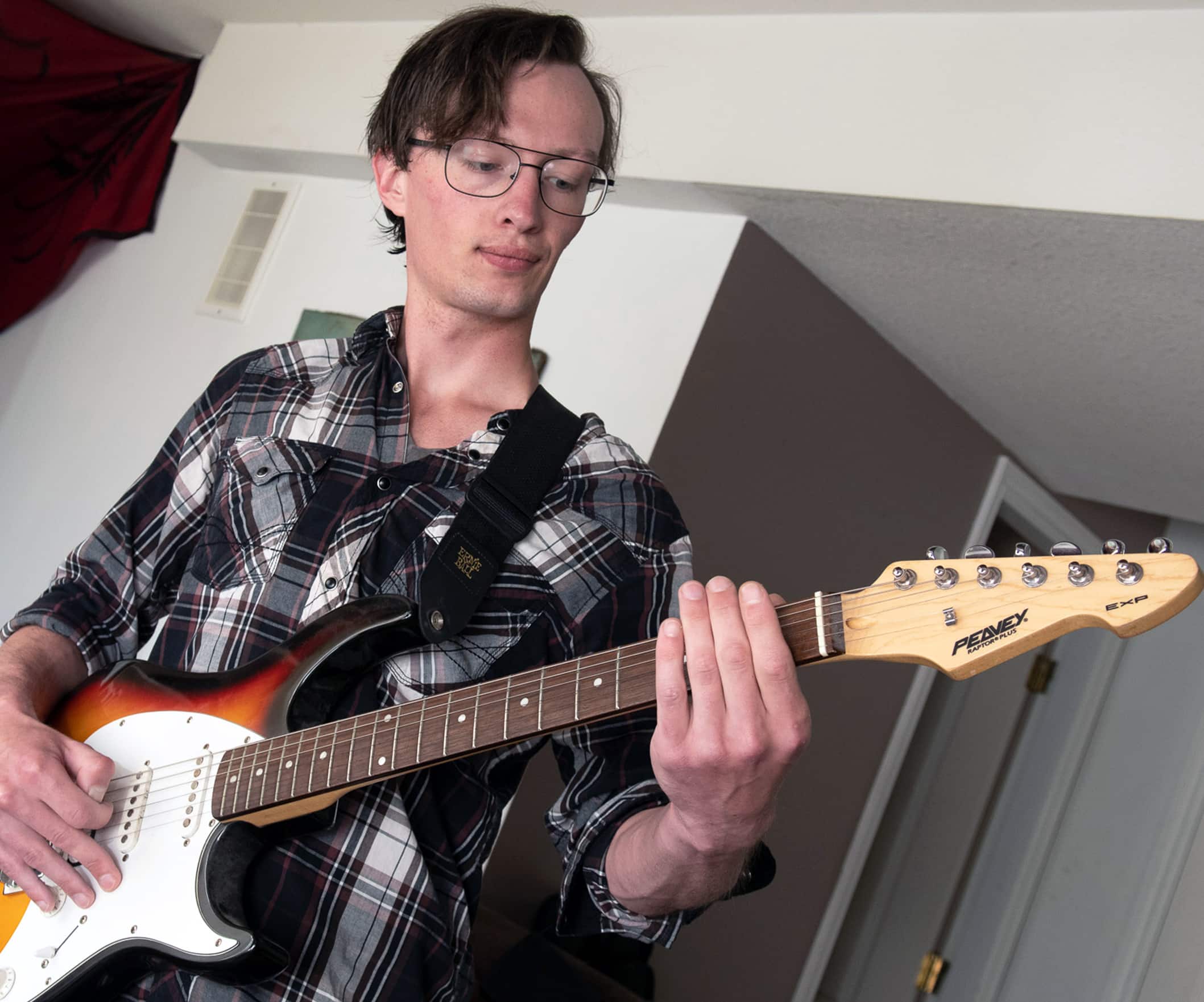 Health authorities in Canada track deaths that result from opioid overdoses, but there's little to no reliable data on what happens to those, like Wilson, who survive. (Murray Mitchell Photography) 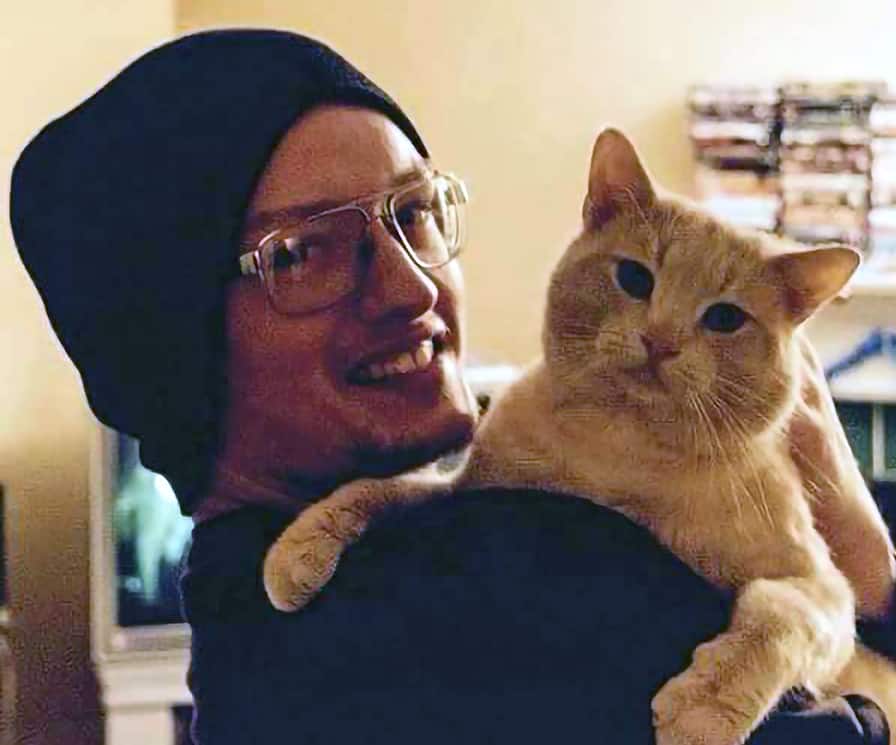 Wilson, pictured here in 2016, in a recovery house in Port Coquitlam, B.C., holding a stray cat. (Submitted by Valerie Wilson) 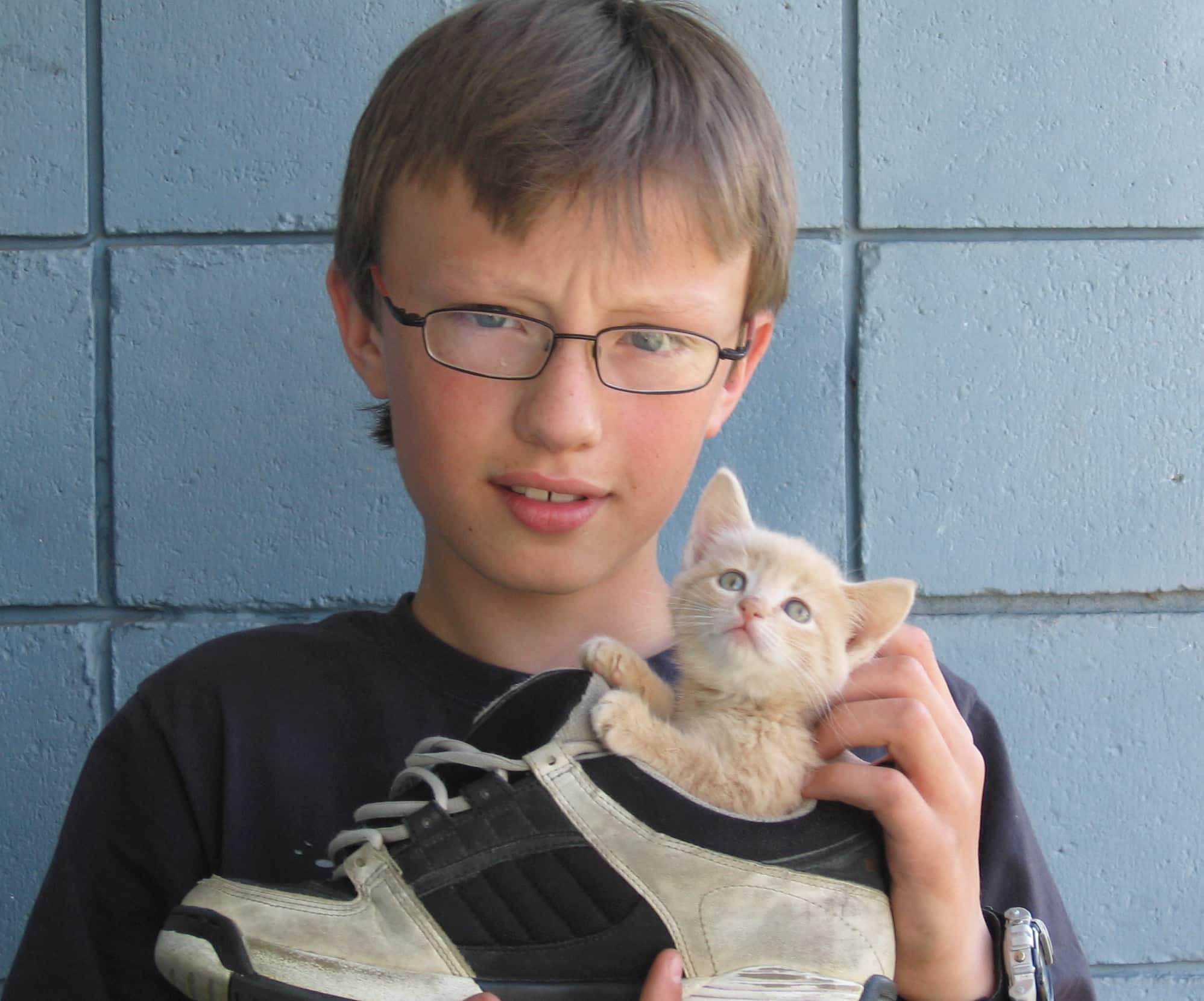 Wilson, at age nine. His first experience with drugs came when he was 15. (Submitted by Valerie Wilson)

While most news headlines centre on the thousands of deaths that have resulted from opioid-related overdoses, advocates say those who survive, like Wilson, are largely forgotten, even as they're left struggling to deal with the life-changing aftermath. 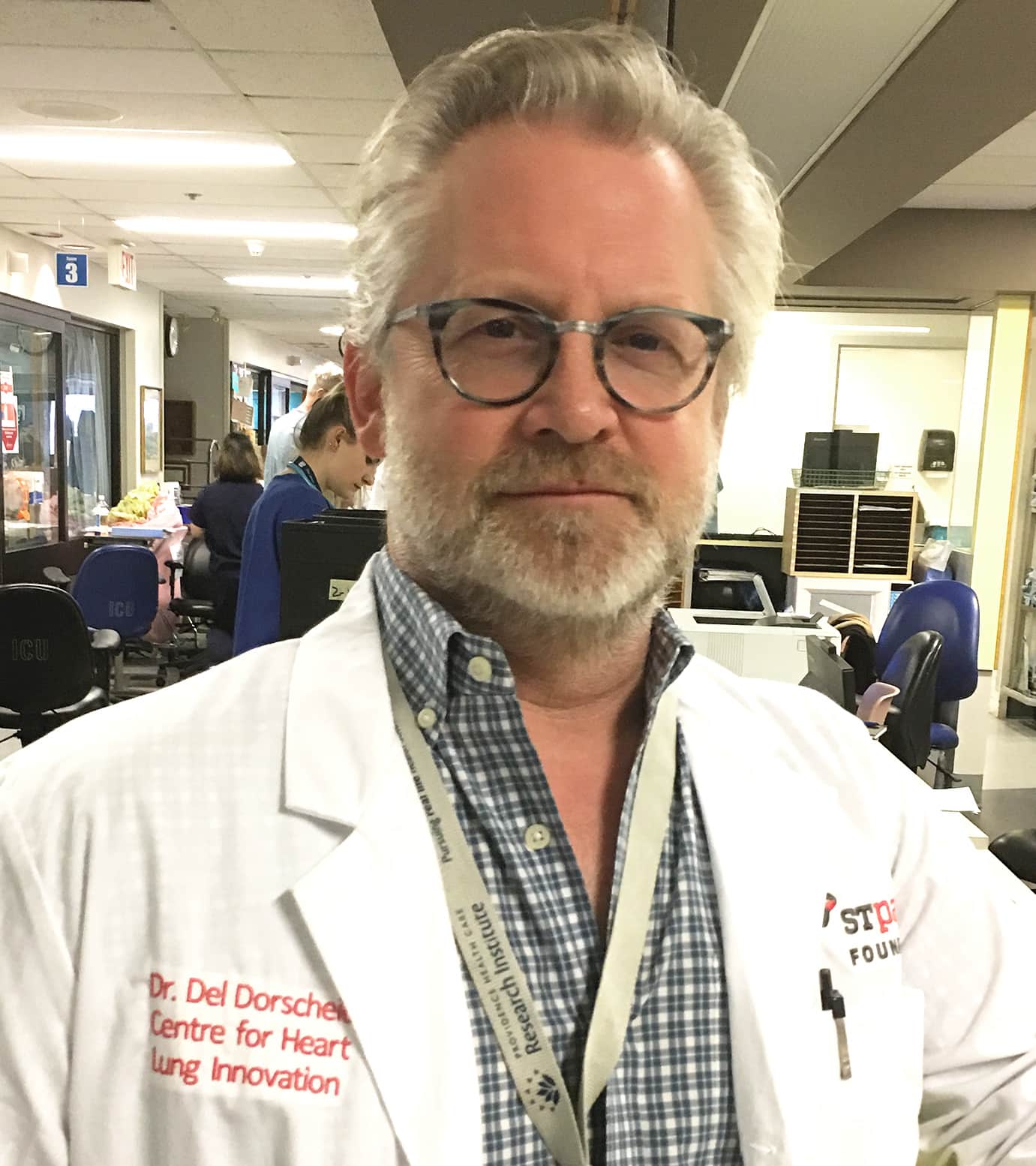 'The problem in Canada is that we're not really designed for long-term care facilities,' said Dr. Delbert Dorscheid. (Brian Goldman/CBC)

"The death numbers are what's reported and people, I think, get the impression that you have a drug overdose, you get naloxone and you survive. Or you do not get naloxone … and you die," said Dr. Delbert Dorscheid, a critical care physician at St. Paul's Hospital in Vancouver.

"That kind of binary is what the view is, [but] there's a lot of greyness in between."

Health authorities in Canada track deaths that result from opioid overdoses, but there's little to no reliable data on what happens to those who survive: the severity of brain damage they're left with, how long they spend in an intensive care unit (ICU), or how many end up in long-term care — potentially for years or even decades.

"We want to know: Did you overdose? Yes or no? Did you die? Yes or no? If you didn't die, the subsequent endpoints aren't really collected," said Dorscheid. "If they were discharged, you don't really know where they went to."

'He's not the son that I had before'

Wilson's first experience with drugs came when he was 15.

"He felt that he needed to use pot to go to school, because he had a lot of anxiety around school," said his mother, Valerie Wilson.

She said he soon started taking harder drugs, including heroin, meth, acid and MDMA after reading Go Ask Alice, a controversial novel with an anti-drug moral.

"He got the wrong message from that book entirely. After reading it, he decided to try all the drugs.” 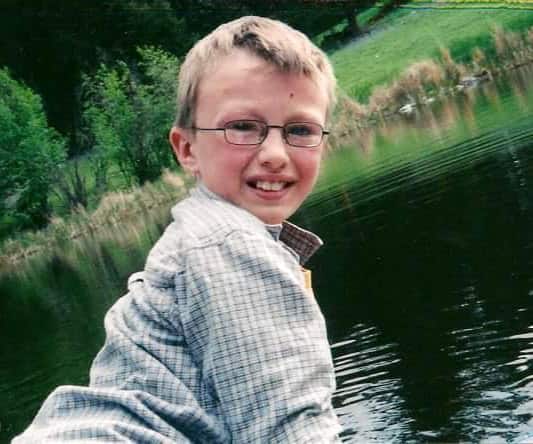 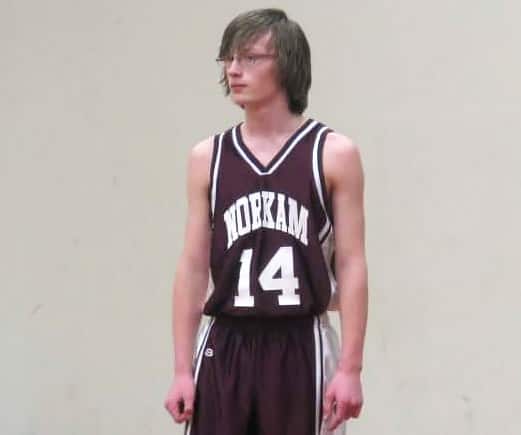 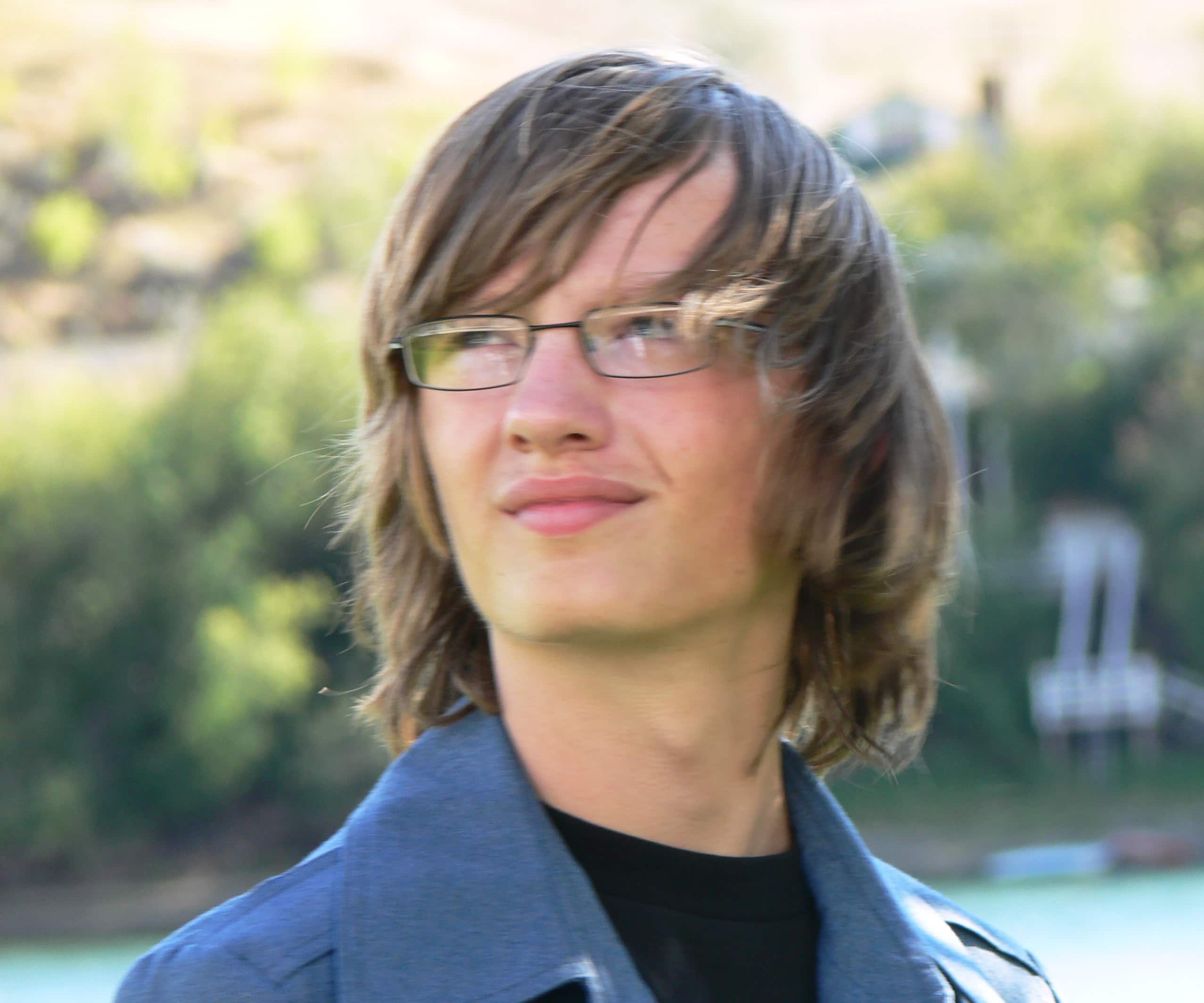 In the ensuing years, Wilson struggled with addiction, floating between his parents' homes, treatment centres and the streets. Valerie would lose contact with him for weeks or months at a time.

He had overdosed before. But as trying as previous incidents were, the one in 2016 was different. Wilson remembers little about the day of the overdose, other than taking a bus to downtown Vancouver to buy a mixture of heroin and meth.

A day later, Valerie got a call that he was being treated at St. Paul's Hospital. She went to pick him up and he looked "like crap," she said.

"He almost looked like he’d been in a fight or something." 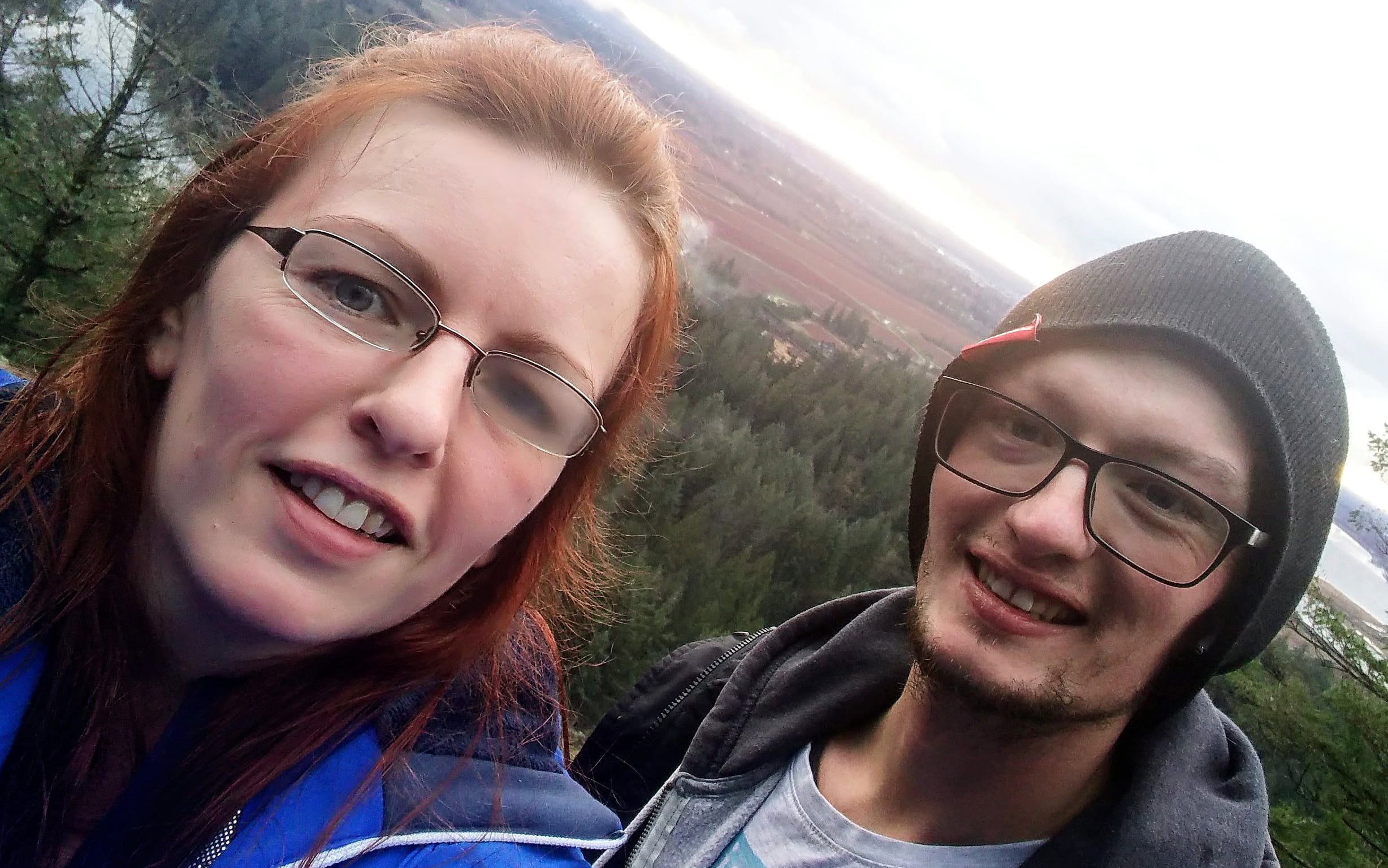 Doctors thought he had meningitis, and Valerie was terrified her son would die of a brain infection — until a neurologist told her they had determined he had overdosed.

"So then, I'm like, 'OK, we can deal with this.' And then the world came crashing down."

A heroin overdose causes brain damage by stopping the patient from breathing, depriving the brain of oxygen. Brain cells can be affected in a matter of minutes, with the level of damage ranging from mild to severe.

A timely dose of naloxone can temporarily reverse an opioid overdose, including fentanyl, but its damaging effect on the brain may not be reliably prevented.

Dorscheid said it's less clear how fentanyl affects the brain compared to other hard drugs, but he's seen that patients who overdose on it often "linger" in the ICU much longer. 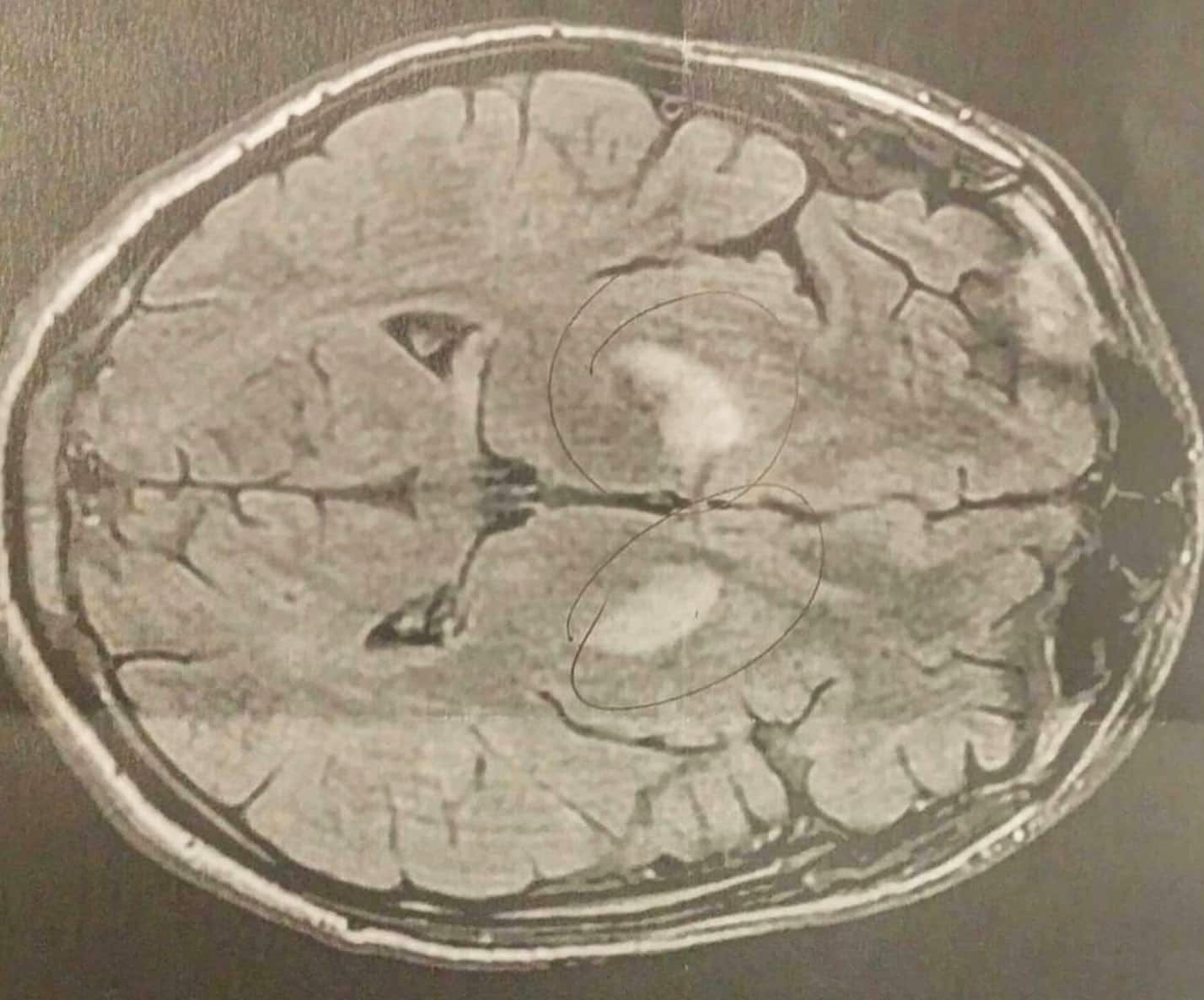 An MRI of Wilson's brain after his overdose. The doctor drew the circles, according to Valerie, indicating where the brain damage occurred. (Submitted by Valerie Wilson)

"We now had people that were here for weeks with us and still had disorganized brain function and maybe even, profoundly, no activity," he said. "It was discordant from the overdoses that we'd seen in the past."

Wilson was left with significant brain damage. The neurologist told Valerie that her son's condition may improve some over the next two years, but after that, he’ll never get any better.

"It was really terrifying," Valerie said. "Over the next few days, he lost the ability to walk at all. We had to wheelchair him to the bathroom. We had to be in the bathroom with him or he would fall over just trying to urinate."

Wilson's road to rehabilitation involved long sessions of physiotherapy and speech therapy in the hospital. Progress was slow.

He's certainly not the son I had before he started using drugs.
- Valerie Wilson

"I hated it, because I could do it all so well before. And then after, it's like, 'Nope. Now you're not going to do any of it well,'" he said.

Three years have now passed. Any hopes of a full recovery have evaporated.

Wilson understands what he's lost, said Valerie, "because he remembers everything."

"People say to me, 'Well, at least you still have your son.' And I said, 'Well, no I don't.' Yes, he's there, but he's not the son that I had before the brain injury. He's certainly not the son I had before he started using drugs."

The rise of fentanyl

More than 10,300 Canadians lost their lives to an apparent opioid-related overdose between January 2016 to September 2018, according to the latest data released by the Public Health Agency of Canada (PHAC). A record 3,286 of those deaths occurred in the first nine months of 2018 alone.

Fentanyl and fentanyl-related substances were involved in 73 per cent of apparent opioid-related accidental deaths. 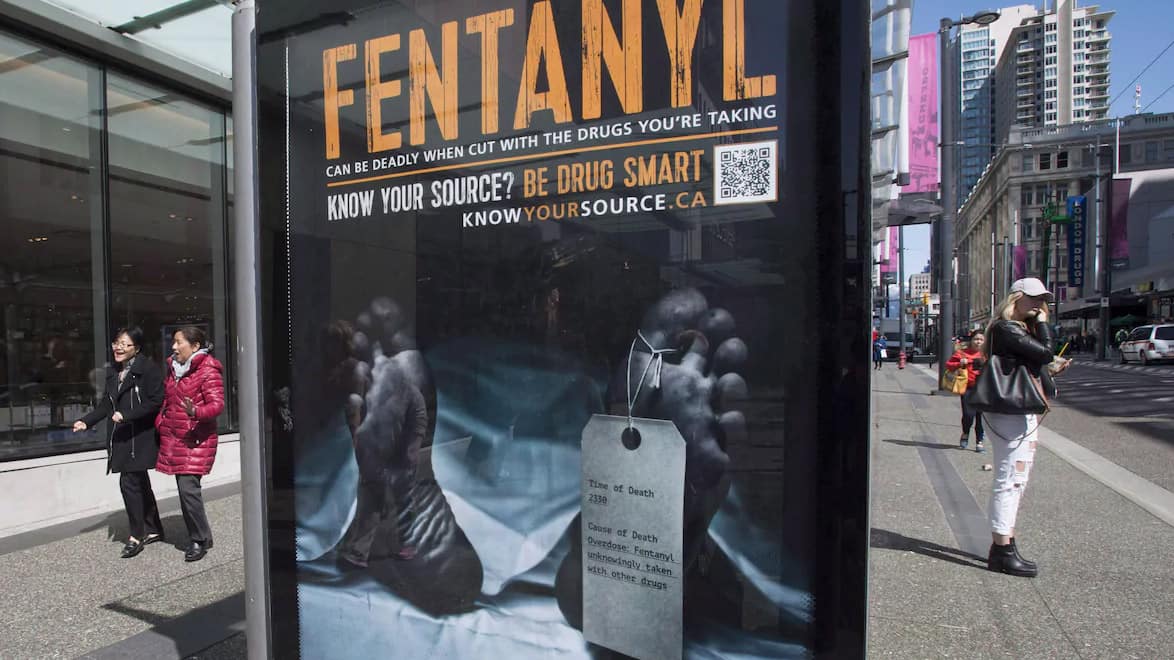 British Columbia has been the hardest hit, with almost 1,500 suspected drug overdose deaths in 2018. Fentanyl was blamed for almost 90 per cent of those deaths by the province's chief coroner, and B.C. declared the overdose crisis a public health emergency in 2016.

Dorscheid said he began to see a wave of fentanyl-related overdose cases starting about four to five years ago. Patients admitted to the emergency room either took much longer to recover than those who overdosed on other drugs — or didn't fully recover at all.

These fentanyl overdoses, these people ... once they left here, they probably had very little meaningful life.
- Dr. Delbert Dorscheid

"In Downtown Eastside Vancouver, it's heroin and other drugs quite often. So it's quite a toxic mix sometimes," he said. "But most of these individuals recovered. Not always back to 100 per cent, but they would recover and they would have some meaningful life beyond their overdose usually.

"But these fentanyl overdoses, these people, they truly lingered in the ICU. And once they left here, they probably had very little meaningful life."

"In critical care, we always get a lot of sad cases, particularly in a hospital like this, where we deal with a lot of marginalized individuals," said Dorscheid.

An overarching goal of the staff at St. Paul's is to strive to provide "compassionate, non-judgmental care" to those who need it the most.

"We become their family. It's a big part of our job, but it's incredibly draining," said Dorscheid.

Overdose survivors who make it out of the ICU may find themselves in a long-term care facility, like the Holy Family Hospital Providence Health Care Centre in Vancouver.

Site leader Rae Johnson has seen an increase of overdose survivors — many of them in their 20s and 30s — over the past five or so years. It's a stark contrast to the typical residents: people in their 70s and 80s, with frail bodies or mild dementia. 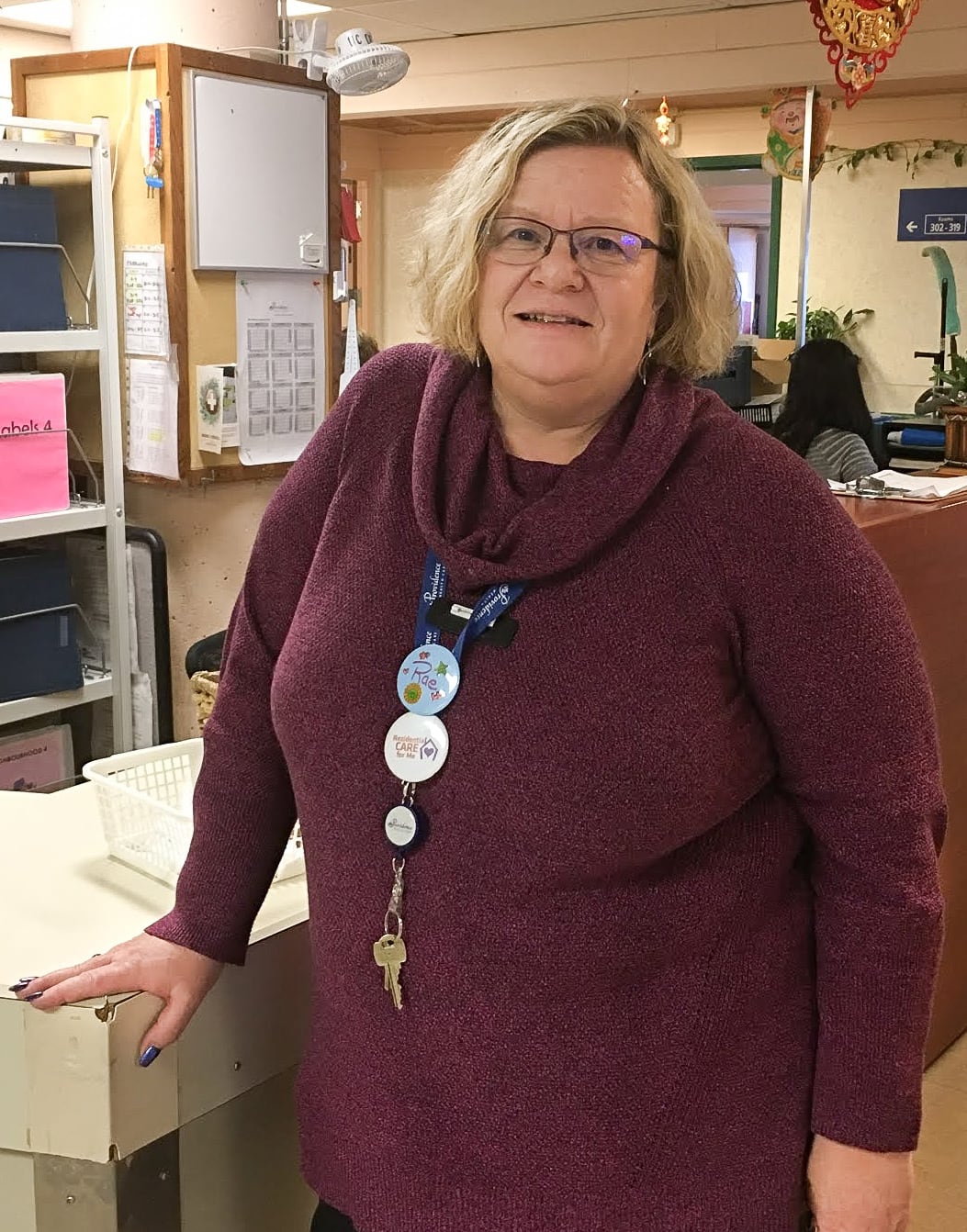 "We're used to spending time with children of residents. Now you're dealing with parents who are seeing their child come into care," she said.

The demographic poses new challenges for staff at Holy Family, some of them structural, others emotional.

"It's one thing, perhaps, to think … you might look after your mother in your own home — it may be a few years — versus looking at the situation where the child may be living 30 years. How are you going to set up their life for them?"

Parents of younger patients may be more likely to demand physiotherapy and aggressive rehab options for their children, Johnson said, even if the chances of significant recovery are slim to none.

And the overdose survivors may find themselves spending more time with elderly residents who have similar — but not identical — symptoms.

As Holy Family undergoes site renovations and adds more beds, Johnson says the facility is considering how they might better serve younger residents, including the possibility of grouping residents by age — a shift from the previous policy of grouping people together based on condition.

Life after the overdose

Wilson knows he will never be the person he used to be. But both he and his mother are acutely aware that he isn't a worst-case scenario for opioid overdose survivors.

He doesn't need full-time residence care. He currently lives in a house owned by his father in Kamloops, B.C., sharing the space with some students. 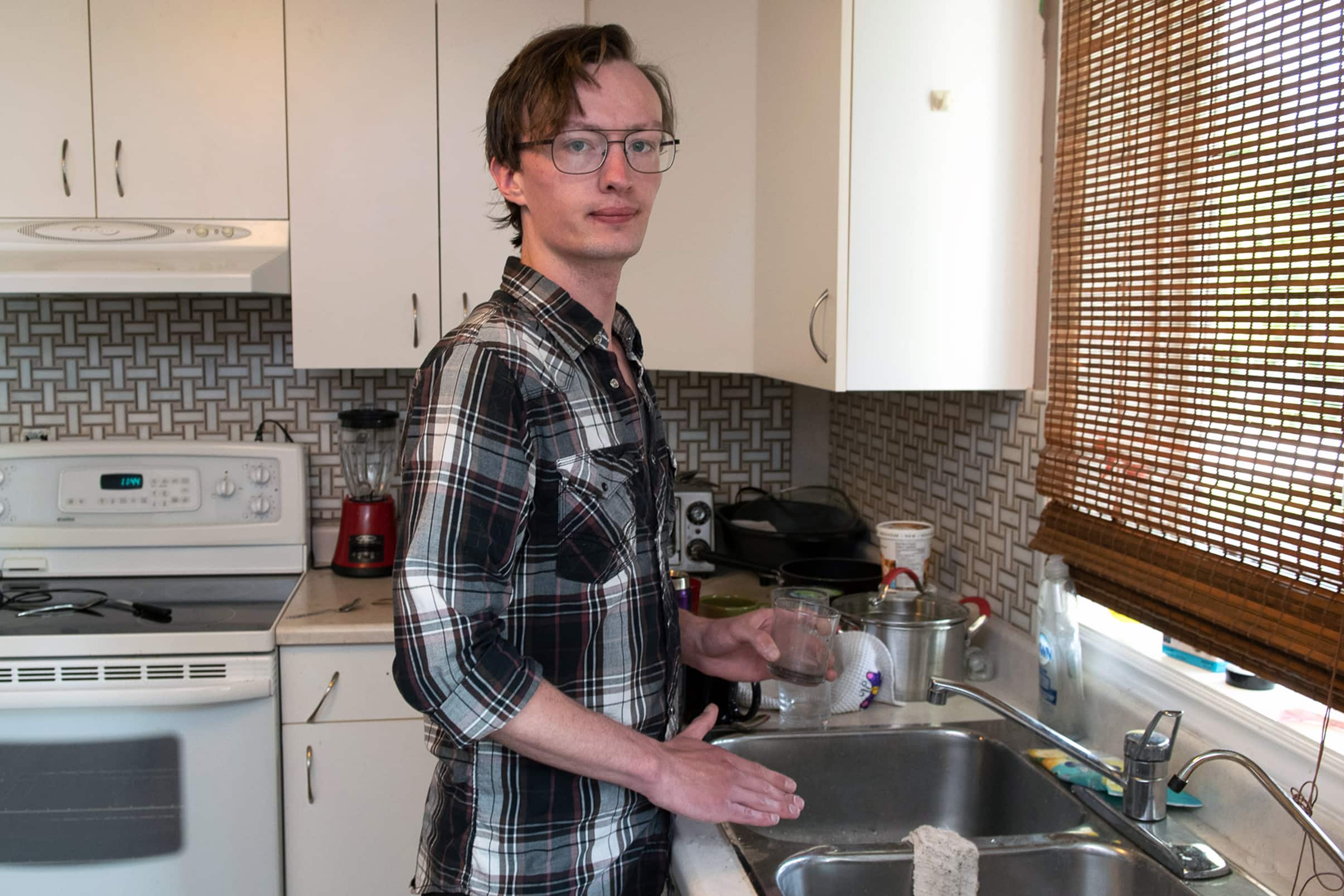 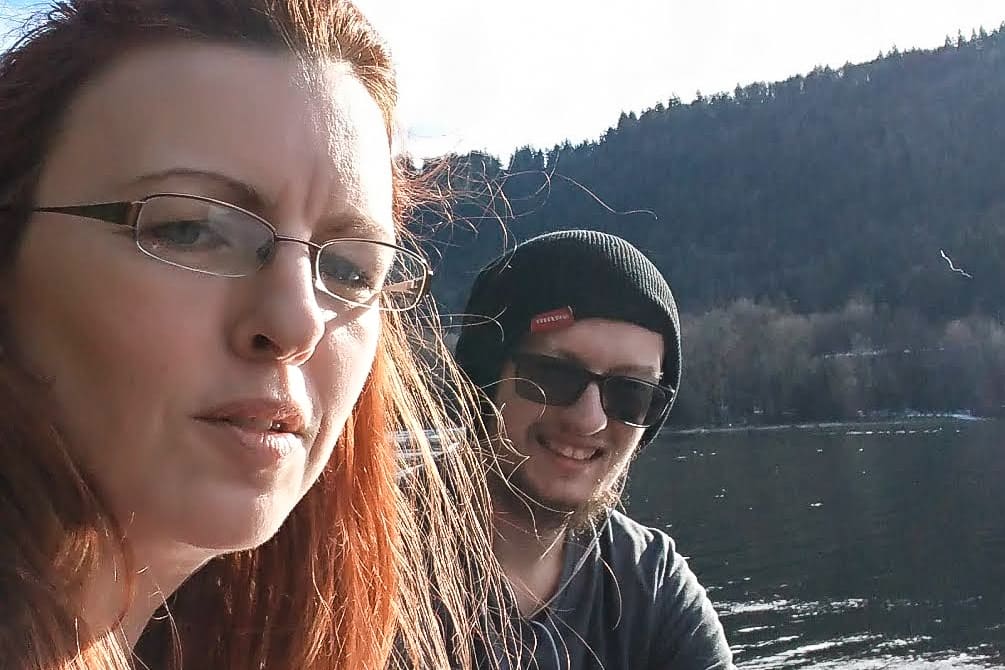 For Wilson, any hopes of a full recovery have evaporated. But both he and his mother are aware that he isn't a worst-case scenario for opioid overdose survivors. (Submitted by Valerie Wilson)

He does custodial work part-time at a nearby hotel, and hopes to find a full-time job that is able to accommodate his disability.

He's also slowly building back up his relationship with his mother. As part of his recovery, they spent time hiking together in and around Kamloops. Wilson said it's helped him as much as, if not more than, physiotherapy.

"She knows me. She knows what I need."

Clarification May 31 7:59 p.m. ET: A previous version of this story said fentanyl does not respond to naloxone in the same way other opioids do. In fact, fentanyl responds no differently.