How artists are bringing people together in challenging times.

Throughout her career, Iqaluit artist Laakkuluk Williamson Bathory has written and performed plays, curated exhibits and collaborated on musical projects.

In her diverse body of work, Williamson Bathory often collaborates with artists of varying backgrounds, building bridges and promoting unity across cultural divides.

"I think collaboration is one of the highest things that I can achieve as an artist, because it not only emphasizes the end result, but the process. It's all about relationships," she told q host Tom Power.

"I find that to be a true feminist expression, and also a true non-capitalist, equality-creating way of making art."

She produced Kiinalik: These Sharp Tools, a "song and conversation," with Toronto-based queer theatre-maker Evalyn Parry. In the production, Tulugak: Inuit Raven Stories, she chronicles the stories of artists from Greenland, Nunavut and Nunavik to showcase different Inuit myths, but also their shared experiences.

Williamson Bathory is also a fierce advocate for the arts and culture emanating from her home in Iqaluit, the capital of Canada’s northern territory of Nunavut. She’s the artistic director of Qaggiavuut, a non-profit group working to raise funds for the territory’s first physical space for the performing arts.

Williamson Bathory’s mother is Greenlandic Inuit, and her English father spent much of his time in Nunavut. They grew up in the western Canadian province of Saskatchewan, but her parents taught her and her brother about their Arctic culture and heritage.

She says her journey to becoming an artist began at age 13, when her mother and another Greenlandic artist jointly took her on as an apprentice in uaajeerneq, a traditional Greenlandic mask dance.

“My mother [said], ‘You’re going to do everything that we do. Here’s 100 people [to perform in front of]. So, I started performing right away,” she said. Before a modern resurgence, uaajeerneq, Williamson Bathory explained, existed among the Greenlandic Inuit ahead of colonial times, but went underground when it was deemed devilish in nature by a Lutheran missionary from Norway.

Performers would paint their faces with black soot and oil, accented with red flourishes made out of blood.

“The blood would come from whatever was in the cooking pots at the time — seal, caribou, whales, birds — any sort,” said Williamson Bathory.

“Nowadays, I use theatre paint for all of that. But I have used the traditional materials as well, which is a very visceral experience.”

It [Williamson Bathory’s performance] was … totally unlike anything I'd ever witnessed. My jaw was on the floor.
- Evalyn Parry

Evalyn Parry remembers the first time she saw Williamson Bathory perform the mask dance, during an environmental expedition in 2012, in front of an audience that included explorers, scientists and Inuit politicians.

“She made her way through the crowd, teasing, gyrating, sneering, seducing, whooping, crawling over tables and chairs, leaving a path of chaos in her wake,” she said in an essay for CBC Arts.

“It was one of the most theatrical, sexy, transgressive, scary and hilarious things I had ever seen — and totally unlike anything I'd ever witnessed. My jaw was on the floor.”

That expedition, which ran from Baffin Island to Greenland, was the first time Williamson Bathory and Parry met. While the cruise was a familiar trek for Williamson Bathory, it was Parry’s first up-close experience in the North.

"It was on this expedition that I first got to know this remarkable artist — who I am now privileged to call a close friend and collaborator — and first saw her in action: performing uaajeerneq, telling stories and advocating for Inuit language and culture," Parry said. 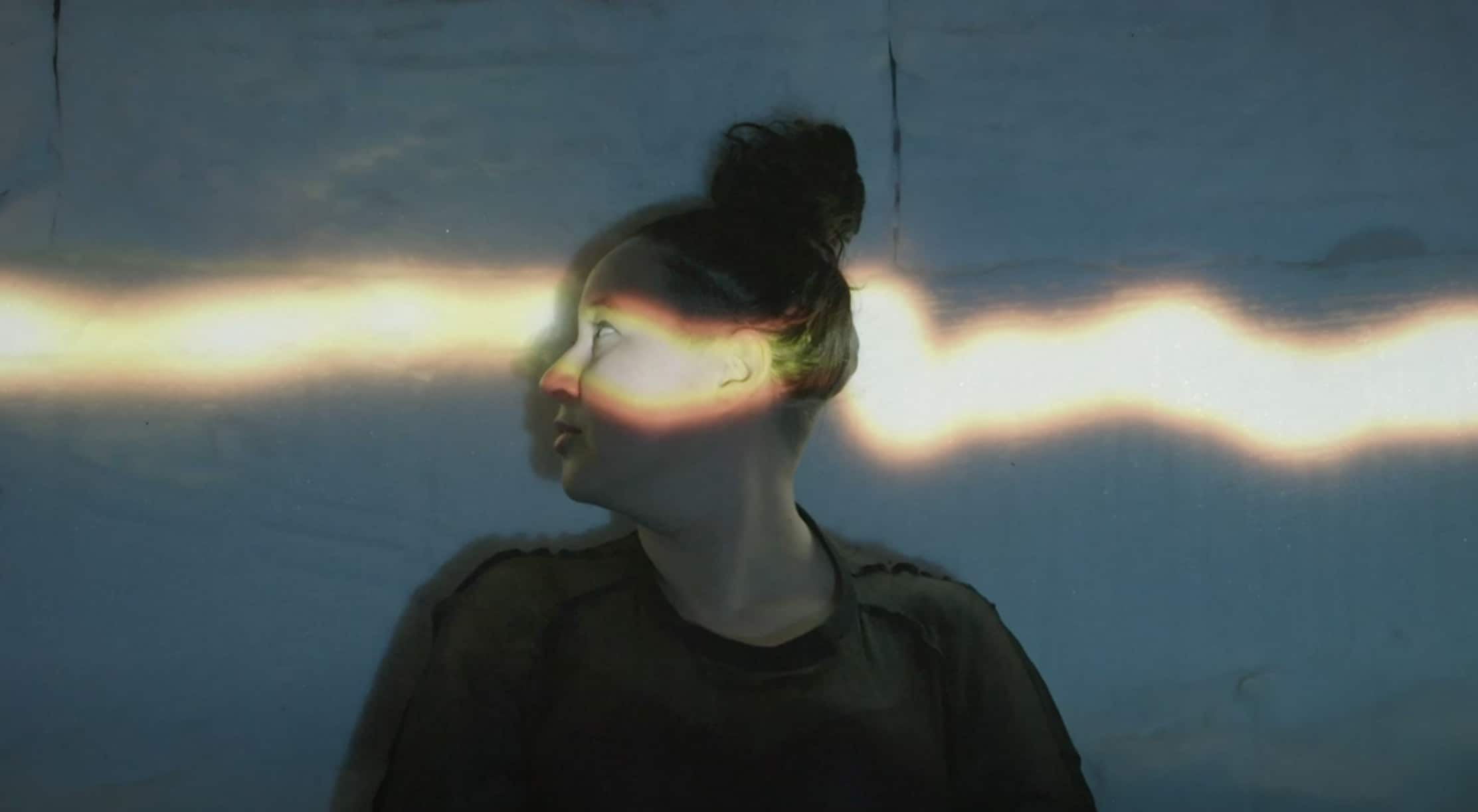 The pair converse with each other and the audience throughout the show. Parry, the singer-songwriter, provides much of the soundtrack with her guitar, while Williamson Bathory performs throat singing and uaajeerneq.

While the collaboration represents bridge-building between artists from two different backgrounds, the work itself rejects the idea that reconciliation between Inuit and the descendants of Western colonizers is possible.

“You know, this past year I’ve had a cousin that [died by] suicide. There are things that happen here in the streets of Iqaluit that are not reconcilable,” Williamson Bathory said.

“So we do call Kiinalik: These Sharp Tools a reckoning — that same idea that comes from uaajeerneq of, about coming right to people and challenging them about who they are, what their views are.” 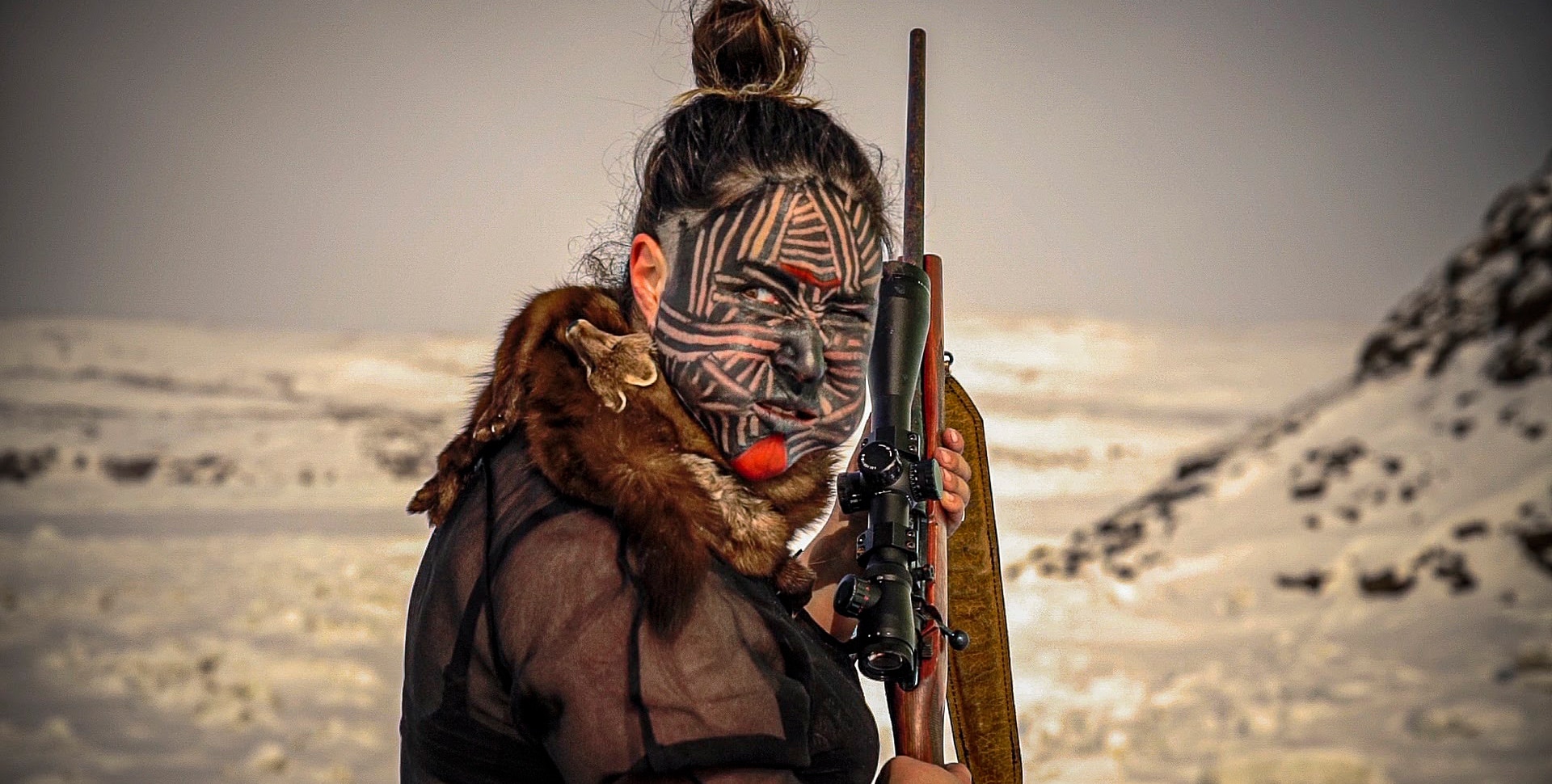 Silaup Putunga translates from Inuktut into 'the hole in the universe.' Williamson Bathory co-produced it with video artist Jamie Griffiths. (Jamie Griffiths)

From uaajeerneq to throat singing and more, Williamson Bathory’s art helped form her political and, in particular, feminist perspectives.

The duality afforded by the mask — incorporating both the character the mask represents and the person behind the mask — was “an invigorating experience” growing up, she said.

“That combination of being able to transform and then become a more visceral version of myself” helped steel herself when confronted with anti-Indigenous racism.

“It was a way of me being able to challenge what was the status quo in Saskatchewan,” she added. “There is such a virulent stream of racism that exists [there].”

The duality takes a more literal form in Silaup Putunga, an art installation that Williamson Bathory co-produced with video artist Jamie Griffiths, which was acquired by the Art Gallery of Ontario earlier this year. The title translates from Inuktut into “the hole in the universe,” said Williamson Bathory.

A large screen hangs from the gallery ceiling, projecting video of Williamson Bathory performing uaajeerneq and walking through an Arctic landscape, which can be seen from either side of the screen with audio played in all directions.

“It has this magical quality of kind of being universal with sound all around,” Williamson Bathory said. 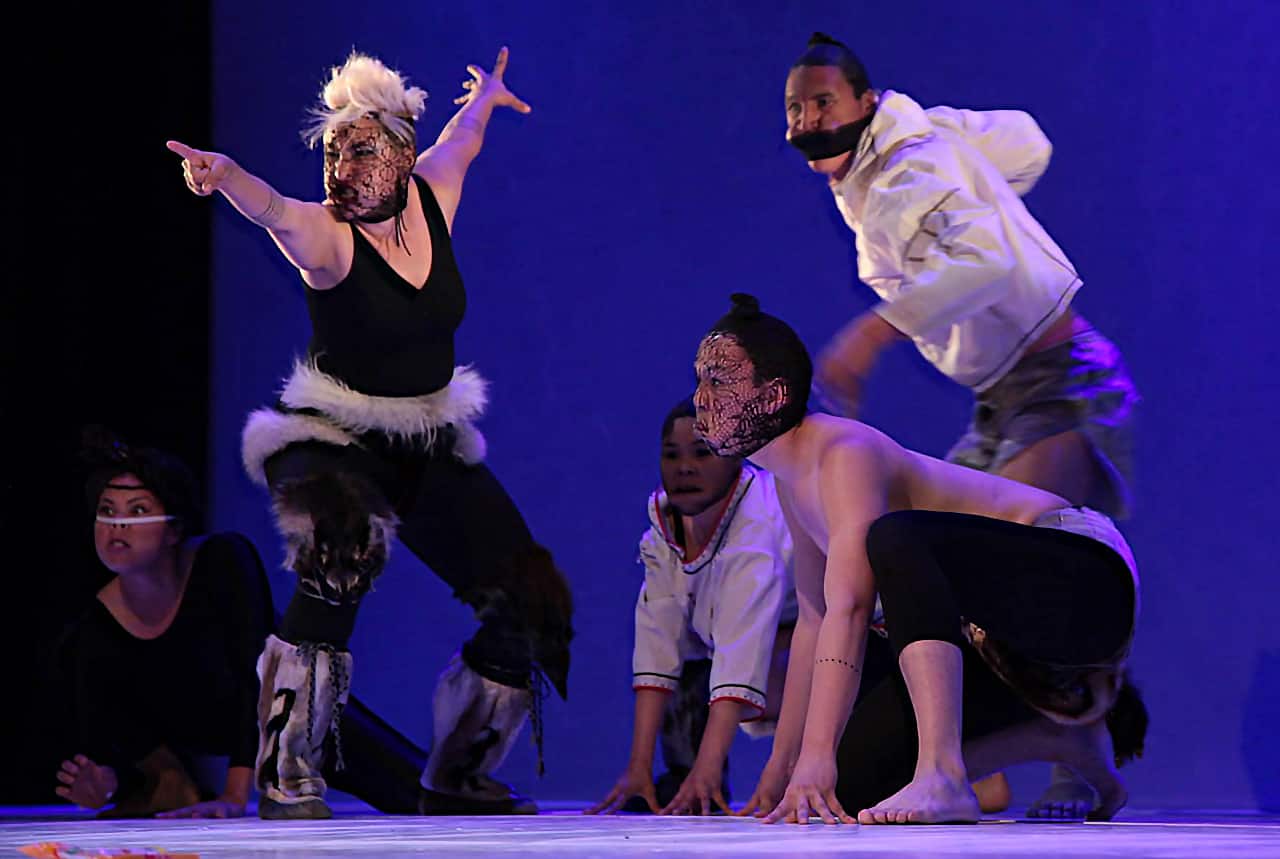 With Tulugak: Inuit Raven Stories, Williamson Bathory and co-author Sylvia Cloutier (from Kuujjuaq, Nunavik) put a spotlight on the many communities, dialects and stories under the Inuit umbrella.

"The name of that play was a very big celebration of the fact that we have such diversity," said Williamson Bathory.

It was also a conscious effort to dispel the audience's preconceived stereotypes of what people in the North are like, as disseminated through popular culture.

"The whole stereotype of the Eskimo that exists through European popular culture and was very virulent through the Canadian colonial era really wants to see us all as these small, smiley, happy people that do what they're told. But in fact, we are a very diverse set of peoples," she said.

► CBC Arts: 'Laakkuluk's work is remarkable to me in so many ways': Tom Power on Laakkuluk Williamson Bathory

At the same time, however, Tulugak aims to explain the common myths and beliefs that unite them — chief among them the eponymous raven.

"Ravens are kind of like a reflection of who we are as humans," said Williamson Bathory, explaining that they are social creatures with their own family roles and social rituals.

The National Arts Centre explains that the raven also plays a central role in Inuit creation myth. "According to legend, Raven made the world and brought light,” its entry reads.

Several members of Tulugak's cast dress in raven-like costumes, from suits flowing in black feathers to the half-human, half-raven trickster character wearing a mask with a large, sharp beak. 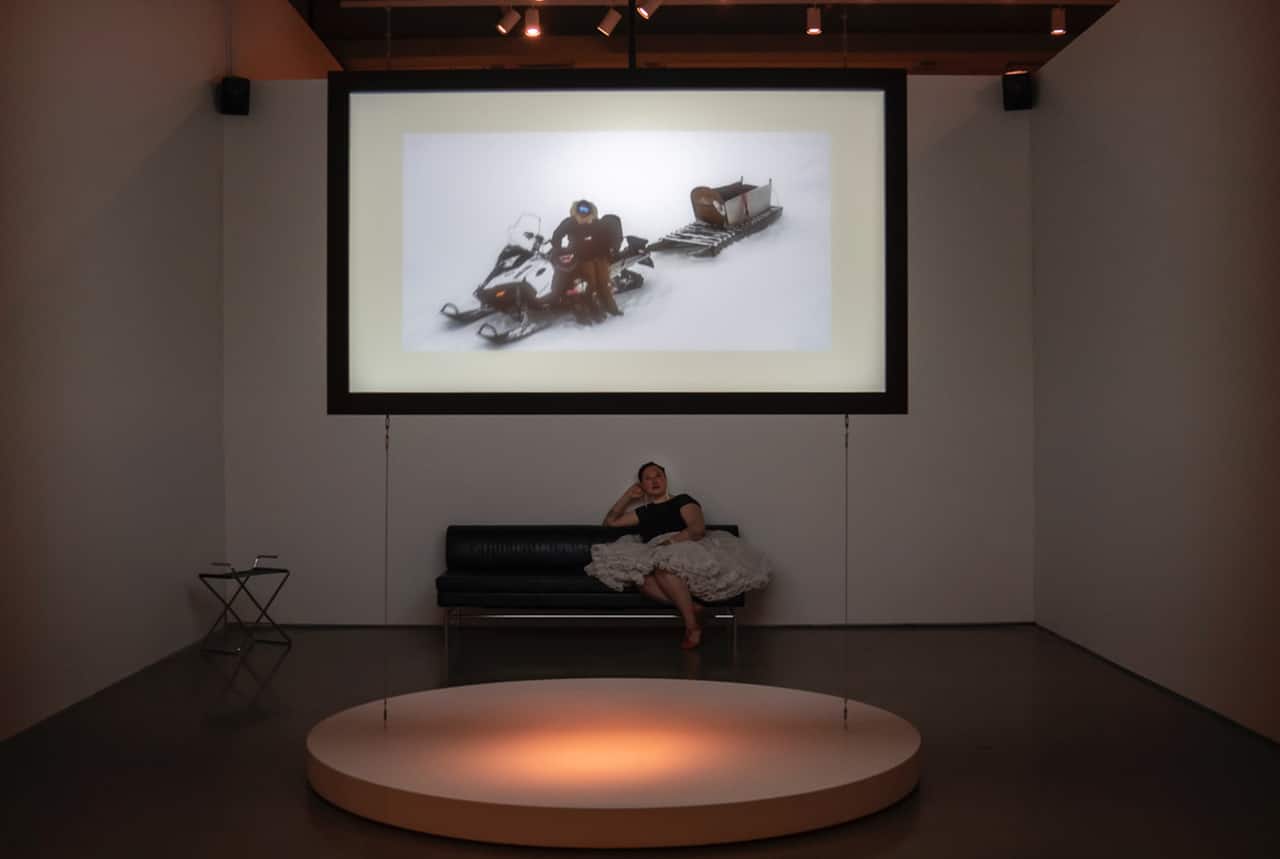 Collaborative art has proven difficult for Williamson Bathory in light of the COVID-19 pandemic. Travellers going in and out of Nunavut must quarantine themselves for two weeks, so it’s more difficult for artists to travel back and forth like they used to.

Williamson Bathory says she’s making the best of the situation for some “deep meditation time.” She’s also spending more quality time with her three young children, including going out fishing for krill with her five-year-old.

Even then, she’s able to channel her artistic side, making necklaces out of the fish bones.

“That's the kind of stuff that I've been working on — just pulling in as many tangible experiences into creating new things that are going to be very useful for me in this brand new world.”

MORE FROM ART CONNECTS ON Q 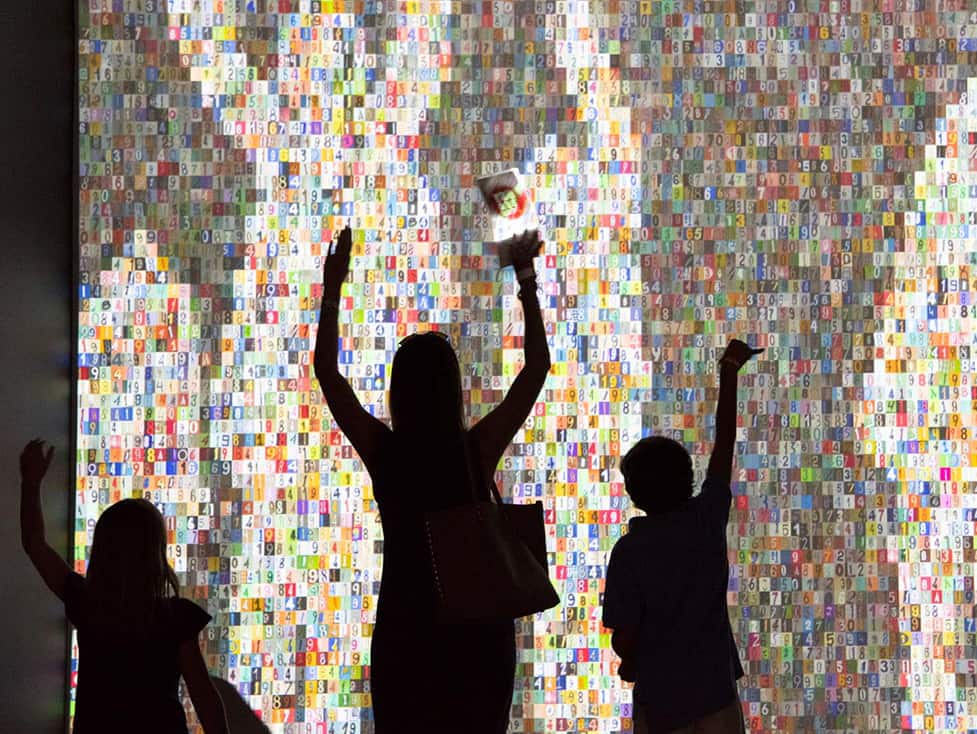 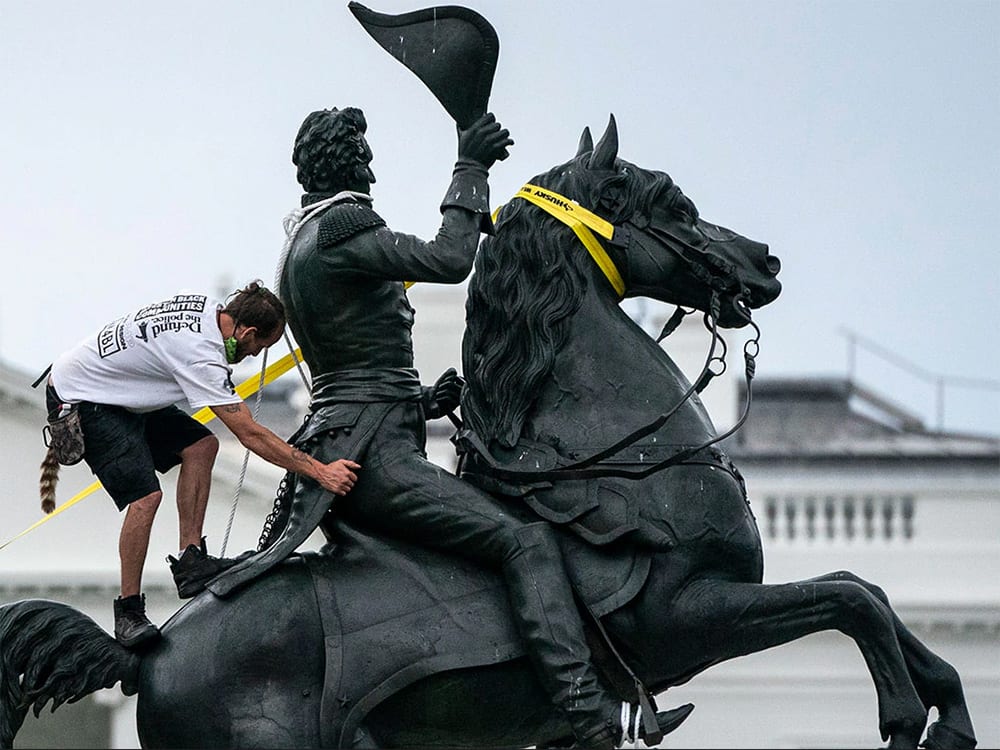 As statues topple, artist Ken Lum wants us to rethink the monuments in our cities and towns 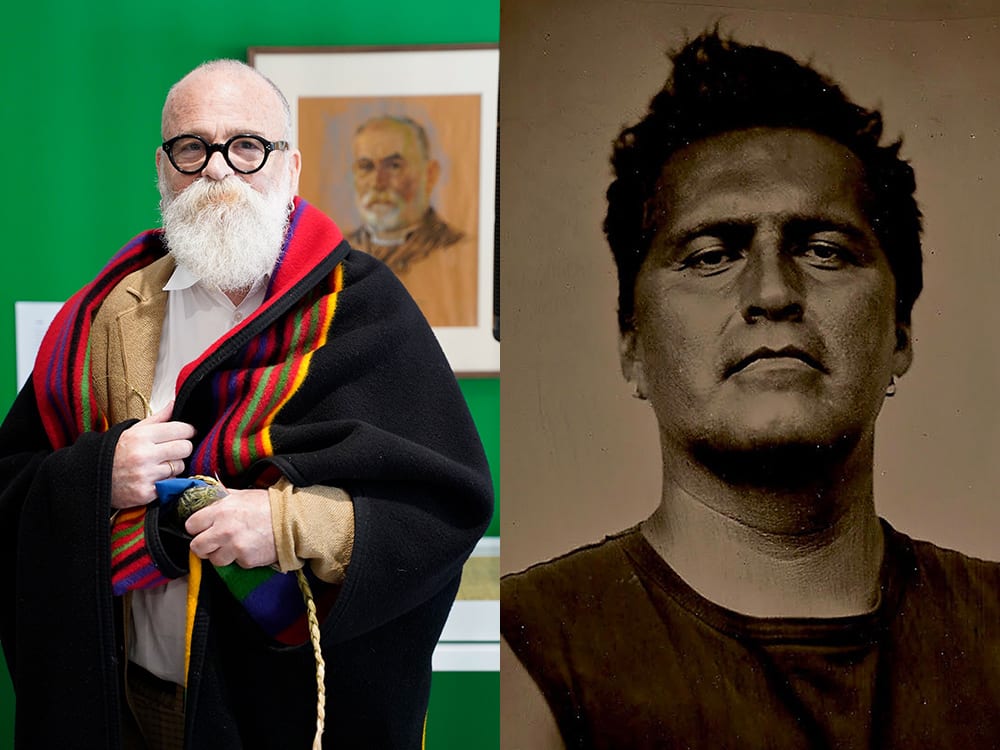 Their ancestors were sworn enemies. Now the two artists are exploring the power of apology 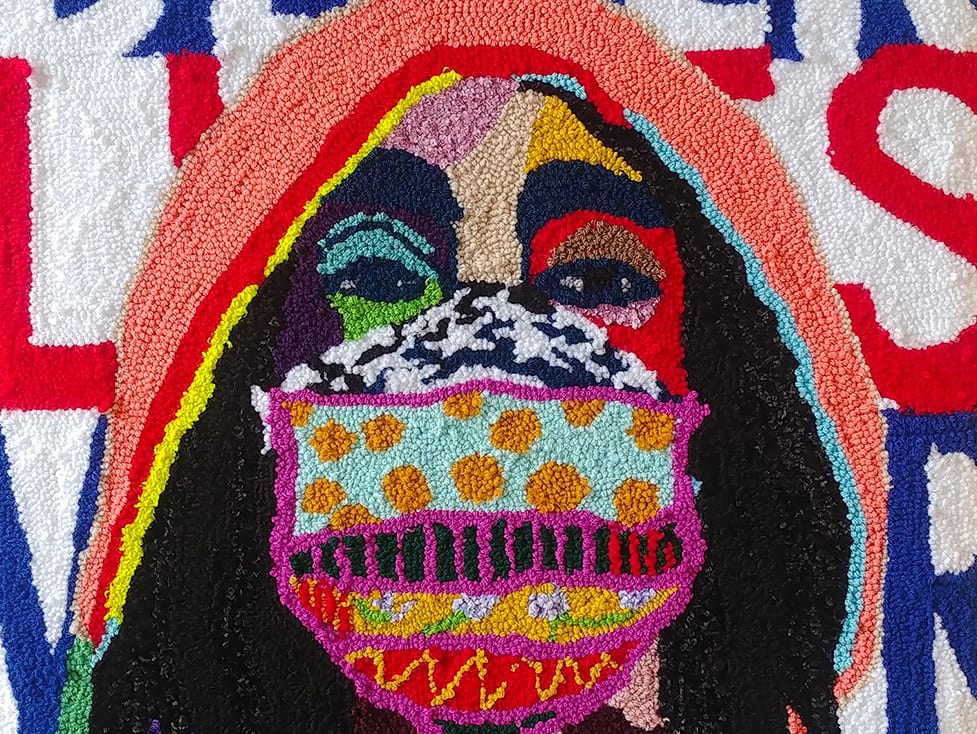