What doesn’t kill us makes us stronger — sometimes. New Yorker writer Malcolm Gladwell talks about his book David and Goliath in this onstage interview with Eleanor Wachtel at McGill University in 2013. 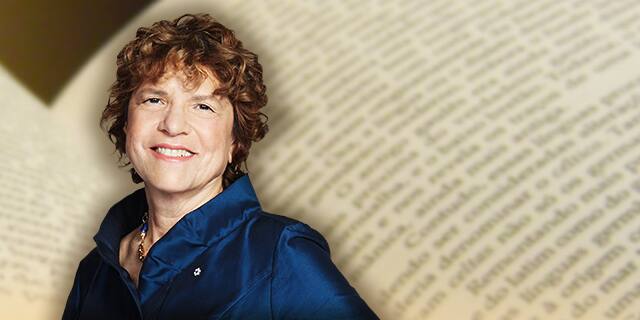 Writers and Company1:13:45Malcolm Gladwell on underdogs, outliers, and the power of limitations

Bestselling author Malcolm Gladwell forages in academia for illuminating studies in social science, psychology and economics. His signature mix of clarity and curiosity makes his readers think, and makes sense of even the most counterintuitive findings. In David and Goliath: Underdogs, Misfits, and the Art of Battling Giants, Gladwell explores why so many successful people come from seemingly inauspicious backgrounds.

In this conversation from 2013, Eleanor Wachtel speaks with Malcolm Gladwell in front of a packed house for the Seagram Lecture of the McGill Institute for the Study of Canada in Montreal.

Rethinking the plight of the underdog

I think we have a romantic attachment to exaggerating the plight of the underdog. Maybe it's more pleasing on one narrative level to imagine that when an underdog wins, it was an impossible bolt from the blue, a one-in-a-million shot. But in fact, underdogs don't win once every million times. They win tons of times.

The political scientist Ivan Arreguín-Toft looked at several hundred battles going back several hundred years where one side was at least 10 times larger than the other. In those instances, those lopsided battles, how often does the weaker party win? The answer is around 30 per cent. But when the weaker party fights unconventionally, they win about 60 per cent of the time. This is a lesson that seems almost impossible for us to learn. There are ample precedents, but we continue to be surprised every time.

I talk about these two very interesting types of case studies, which are dyslexia and parental loss. And these are similar in the sense that we see, among  cohorts of very successful people, disproportionate rates of those two things. If you look at very successful entrepreneurs, you will see an elevated incidence of dyslexia. British prime ministers and American presidents have suffered the loss of one or two parents during childhood at a rate that's way higher than the general population. In both these instances, we have people who have been dealt a traumatic blow, and as a result of that they have become stronger or learned things they would not otherwise have learned.

Finding light in the darkness

There's a chapter in David and Goliath about Emil Freireich, one of the most important figures in the curing of childhood leukemia. He has a Dickensian childhood, a truly horrific childhood, one that leaves him permanently damaged. But he manages to find in the trauma of his childhood a series of things that make his assault on childhood leukemia possible. He's now in his 80s, and he's still this damaged, disagreeable, brilliant man. In talking to him, I was so moved by how he had managed to look through this most dreadful of childhoods and extract a series of pearls. That's beautiful — there's no other word for it. To have the courage and the strength to see little points of light in all that darkness.

Malcolm Gladwell's comments have been edited and condensed.

Music to close the show: "I Got You (I Feel Good)," composed by James Brown, performed by the Uptown String Quartet, from the album Just Wait a Minute.

This event was recorded by The McGill Institute for the Study of Canada. Watch the video: