In this 2014 interview, the Norwegian actress and director talked to Eleanor Wachtel about her period drama film Miss Julie. Ullmann received an honorary Oscar for "bravery and emotional transparency" in 2022. 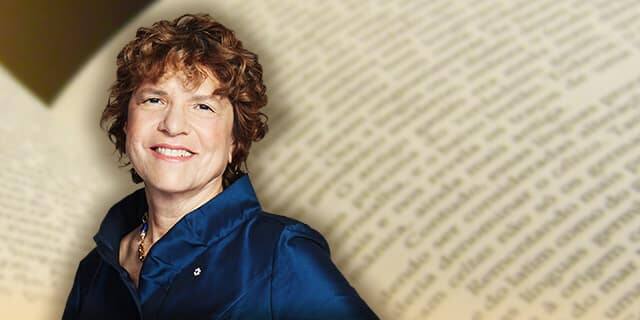 Writers and Company52:40Legendary filmmaker Liv Ullmann on acting, directing and her special bond with Ingmar Bergman

This interview originally aired on Wachtel on the Arts on Sept. 16, 2014.

Liv Ullmann has just received an honorary Oscar, for the "bravery and emotional transparency" of her "deeply affecting screen portrayals."

Ullmann first captured attention with her astounding performances in the films of Ingmar Bergman — from her breakthrough role in Persona, in 1966, to Hour of the Wolf, Shame, Cries and Whispers, Scenes from a Marriage and Autumn Sonata. Her work with Bergman led to other memorable screen roles in films such as Jan Troell's The Emigrants and The New Land.

Ullmann spoke to Eleanor Wachtel in 2014, when Miss Julie premiered at the Toronto International Film Festival.

"I love close-ups because I feel that the face is a geography of what this landscape is, which is a human being, and everything you have done in your life is somehow reflected in the face. I'm a theatre director and a theatre actress really, but why I love film is because I can go into that landscape and stay there for a long time.

"Both as an actress and as a human being, 'being seen' by Ingmar Bergman changed me, because what he saw wasn't what I thought I was. With Ingmar, I found out that there is more to me, there's more in who Liv is, and what Liv has seen and what she understands.

Ingmar said he liked to work with women because they are more likely to undress what they're feeling.

"Ingmar said he liked to work with women because they are more likely to undress what they're feeling. It's easier for us to be naked in our feelings, and to be more honest about them, because it's not shameful for a woman to be vulnerable, to be hurt. Whereas men are fighting that.

"But I think men want the same thing. As a woman director I see how much easier it is for me to talk to a male actor, and they will respond better to me because I'm a woman, and it's not so shameful as it would be with a man."

On her character in Persona

"I somehow felt this woman — who doesn't want to talk to anyone, who has cut out the people around her — this is Bergman. I think I'm him. I was observing him a lot, and my luck was that I understood that I'm Ingmar. He had a feeling that I understood something about him. He wrote himself into me.

"Ingmar had so much he wanted to say. He's a wonderful writer — some of the books he has written about what he's doing in his films, it's very good literature. But what he really had difficulty writing is the deepest thing within himself. People who don't see Bergman's films think he's difficult and strange.

I believe there's a lot of time for beauty, it's not terrible to be a human being.

"I'm not like that. I believe there's a lot of time for beauty, it's not terrible to be a human being. But that's what he felt. And he took this 25-year-old woman and thought, 'she knows about this.'"

In the director's chair

"I never wanted to direct, but I was asked if I wanted to. It was a gift, a surprising gift. I actually called Ingmar and asked him if he thought I could direct a movie, and he said of course I could. During the first week of directing, I wasn't very good because I wanted everyone to be happy.

I never wanted to direct, but I was asked if I wanted to. It was a gift, a surprising gift.

"But after that week, I knew I could talk and show trust. I started to direct and I really saw what the actors were doing and what they are giving.

"From that point, I knew this was what I was really meant to do."

Liv Ullmann's comments have been edited and condensed.