This family learned loved one had medically assisted death only after she was gone | CBC Radio Loaded
White Coat, Black Art

Cheryl Hiebert chose to have a medically assisted death without telling anyone in her family. Her siblings and father say they desperately wish they’d had a chance to say goodbye, and think they should have been informed. But as Ontario’s chief coroner explains, the patient’s right to privacy comes first.

Patients have a right to privacy on this matter, says Ontario’s chief coroner 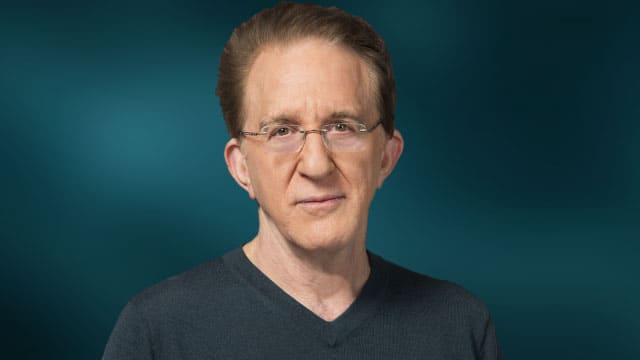 The family of a woman who chose to have a medically assisted death without telling any of them says they desperately wish they'd had a chance to say goodbye.

"We all feel like something was ripped away from us, and we want that goodbye. We want that closure," said Cynthia Hiebert, whose sister, Cheryl Hiebert, 62, had medical assistance in dying (MAID) March 3, 2021.

In an interview with White Coat, Black Art host Dr. Brian Goldman at her home in Waterloo, Ont., Cynthia's voice wavered as she recalled how she found out about Cheryl's death.

"I was teaching piano on Zoom and the phone rang," she said.

"My husband took the phone, talked to my dad and came into the room and said, 'You have to mute.' And so I muted, and he told me that Cheryl had died, which at that moment, and really even now, just seemed unfathomable."

Her father, Victor Hiebert, had just received a call from a friend of Cheryl's informing him that his daughter had died, but nothing else about the circumstances or even the exact date.

Victor, Cynthia and her brother, Philip Hiebert, say they wish the rules around medical assistance in dying gave more consideration to family members who wish to say goodbye. But as both Ontario's chief coroner and a lawyer who specializes in legal issues pertaining to health care explain, the updates to Canada's Criminal Code that allow for eligible Canadians to pursue MAID stipulate that the patient's right to privacy comes first.

Federal legislation that allows eligible Canadian adults to request medical assistance in dying first came into effect in June 2016. It was updated on March 17, 2021, to adapt and clarify some aspects of eligibility.

Dr. Dirk Huyer, the chief coroner of Ontario, could not speak to the specifics of Cheryl Hiebert's case. But he said it's not the first time that a family has been left out of a person's decision to have MAID.

"I don't know the percentage or the frequency of it, but it certainly does occur that the patient who has chosen MAID has made a decision to not notify their families," he said in an interview with White Coat, Black Art.

"And we have had situations where we have been made aware that the person has told nobody, and in fact, the clinician has said that the person requested that nobody be notified after the death as well."

The coroner's office conducts a standard review of every medically assisted death in Ontario, and last year alone, there were more than 3,000 such cases.

Cheryl's family said that she was a teacher who spent much of her life in Waterloo, the small southern Ontario city where she and her siblings were raised.

When she died, Cheryl was just shy of her 63rd birthday. At age 55, Cheryl was diagnosed with early-onset Alzheimer's disease. But she kept that diagnosis from her family for the first five years, said Cynthia.

At the time, the family was dealing with another case of Alzheimer's disease. Alyce Hiebert — the siblings' mother and Victor's wife — had been diagnosed in 2007 at age 77. Alyce died in 2019 after spending four years in long-term care.

Cynthia says Cheryl's disease was nowhere near as advanced as their mother's had been during her final years.

"Her long-term memory was fabulous," she said.

"We were going for walks [in] summer [2020] and she was telling me stuff that I was too young to remember about our childhood, about our parents. And so, you know, she was just soaring above the perceptions we have of the limitations of Alzheimer's."

That said, Cheryl's routines were disrupted by COVID-19. Cheryl was part of a weekly program for people with young onset dementia that did things like art, dancing and field trips. Cynthia said Cheryl had described it as her favourite part of the week, when she didn't have to pretend that she understood everything that was going on around her.

But that source of community didn't survive the pandemic, said Cynthia.

"It went online and she couldn't use her computer."

The family's search for answers

With no details about cause of death, the family spent the first few days after learning Cheryl was gone trying to find out what happened.

"My dad was actively trying to demand an autopsy ... because we weren't being told how she died," said Philip, a criminal lawyer who lives in Toronto.

Cynthia said she had no luck with the funeral home, either.

"I asked the funeral director, 'How did she die?'" Cynthia said.

These questions prompted Philip to contact the coroner's office.

In Ontario, the Office of the Chief Coroner reviews all MAID deaths, Cheryl Hiebert's included. But in this case, they went further and conducted an investigation.

The Coroner's Investigation Statement into Cheryl's death says concerns were raised by Cheryl's family that she may have been coerced into MAID. Those concerns led the coroner's office to collaborate with Waterloo Regional Police Service on an investigation in which they contacted Cheryl's siblings and dad, health-care workers, the MAID doctors, her friends, her previous employer and others.

The investigation did not raise concerns of coercion or influence. It concluded that proper procedures for MAID were followed, and Cheryl was deemed competent to make informed health care-related decisions, including to have MAID.

Asked if they thought their sister had the executive function to understand what she was getting into, both Cynthia and Philip said they believe she did.

"When I last talked to her, I would say that she would have," Cynthia said.

Philip said that, based on their last conversation in November, "a good and fairly lengthy phone call ... I found she was very lucid."

Looking back, though the family had no indication Cheryl was serious about MAID, Cynthia recalls Cheryl mentioning it once about two years ago in the context of a conversation about Cheryl's smoking. Cynthia had been expressing concern that her sister's status as a smoker could make it hard to get a place in an assisted living setting, should the need arise.

Cynthia told her sister she didn't believe she qualified.

Their brother, Philip, said that despite his reticence about MAID, he would have tried to support Cheryl's decision, had he known, but also asked some questions.

"I think I would have told her, look, if you're not at the point where you have to go into assisted living now, why do it now? You have some good years ahead of you yet; why not enjoy them?"

Cynthia says she was an advocate for MAID before losing her sister this way, and had written letters for the registered charity Dying with Dignity in the past.

Reflecting on his daughter's decision to have MAID, Victor said, "Maybe she thought that we would disapprove and dissuade her from doing that. But that isn't actually the case.

"But had we known, we probably would have dissuaded her of doing it that soon because she seemed in quite good health."

White Coat, Black Art reached out to the lawyer representing Cheryl's estate. He sent us documents that he said he hoped would deepen our understanding of Cheryl's point of view, including a series of letters signed by Cheryl.

One of those letters, titled "Why I didn't tell you," reads in part:

"This is really hard to write. I have always known since the day I was told that I had young onset dementia, Alzheimer's type, that I would pursue medical assistance in dying. I have lived with that for years and I recognize that you haven't. The fact that I didn't tell you doesn't mean that I don't love you. I do love you and I know that you love me…."

Another titled, "My thoughts on my decision to have medical assistance in dying," says in part:

Privacy in medical decision-making is foundational, said Anna Matas, a senior lawyer with the Toronto firm Gillian Hnatiw who specializes in health-care issues.

She said there's legislation in every province that requires doctors to keep medical information confidential, and there's no obligation on individuals to share that information.

"I think MAID is kind of an extreme example where people might be very surprised to find out that a loved one or someone they know has made this request," she said.

"But it is, at its core, a decision about medical treatment and a medical choice that the individual is making. And so because of that, there's no obligation for someone to tell their family that this is what they're planning. They have a right to keep it private."

Chief Coroner Dr. Dirk Huyer said that, in Ontario, death certificates do not say if the person has had MAID.

In fact, he said there are circumstances where a family might never know that their loved one had MAID. However, in cases where there is a full investigation, as there was for Cheryl, and not just the standard review, the coroner's office will, upon request, share that there was MAID with "first degree relatives," he said.

Asked if they were estranged from Cheryl, her family is adamant that they were not.

Though COVID-19 precautions had limited their in-person interactions, including plans they'd had for the 2020 holiday season, they did see each other a few months before her death.

"The last time I saw her was November," Cynthia said.

"We had a lovely walk on a trail and she was just in heaven because of the fall colours and she said, 'Oh, this is my favourite time of year.' We had a few fall walks."

Cynthia said the family was planning a celebration for Cheryl's birthday, and that she called and got Cheryl's full voicemail inbox on what turned out to be the very day she died.

Cynthia said she looks back on her mother's final days, with all the family gathered around her, and feels there was a beauty to that process that helped everyone with closure. There could have been a beauty to Cheryl's MAID death, too, she says.

Cynthia said she understands that individuals need privacy rights, "but like anything that's good in the world, it can be abused."