Shut down travel between provinces to control spread of variants, experts say

The coronavirus variant P1 is surging in B.C. and spreading east. Infectious diseases and critical care specialist Dr. Srinivas Murthy joins Dr. Brian Goldman to break down what you need to know about P1 — and what can be done to stop it. One suggestion? Restrict interprovincial travel.

B.C. centre of large outbreak of the P1 variant of concern — and it’s spreading east 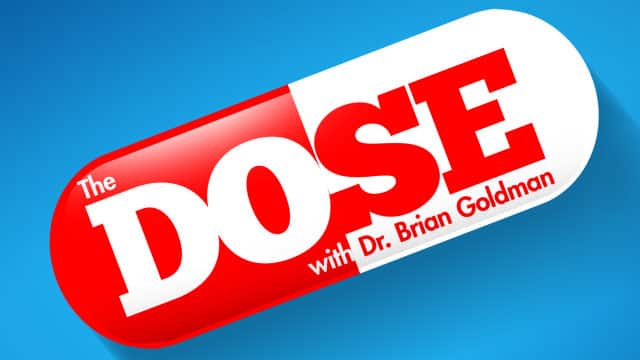 The Dose20:18Shut down travel between provinces to control spread of variants like P1, experts say

Experts are calling on the federal and provincial governments to take steps to curb interprovincial and international travel to stop the spread of coronavirus variants of concern.

While the B117 strain is driving much of the third wave in Ontario and elsewhere, the P1 variant, associated with Brazil, is surging in B.C. and spreading in Alberta and Ontario.

Early research in a non-peer-reviewed preprint study from Brazil suggested that P1 is as much as 2.5 times more transmissible than the original coronavirus strain, and the BC Centre for Disease Control said the variant may be able to re-infect people who have previously had COVID-19.

Dr. Srinivas Murthy, an infectious diseases and critical care doctor in Vancouver and assistant professor of medicine at UBC, said P1 is driving an alarming spike in B.C., filling up ICUs.

"I would say we're seeing exponential growth [of P1] right now," Murthy told Dr. Brian Goldman, host of White Coat Black Art and The Dose. "It's a race and I think it's a race that we're losing."

Murthy said that P1 is spreading in large part through interprovincial and international travel.

"I would not be surprised to see ongoing spread [of P1] across the country outside of the Atlantic provinces [which maintain a strict travel bubble] as interprovincial travel remains."

He said now is the time for provinces to limit travel to only the "absolutely essential," and the federal government should consider limiting domestic flights.

"I know our airline companies continue to travel across the country. That should be in question," said Murthy.

CBC asked the office of Transport Minister Omar Alghabra for comment on limiting travel and domestic flights and did not hear back.

There is currently a patchwork of rules across the country around border crossing. While international travellers arriving in Canada must quarantine for three days in a designated hotel while awaiting COVID-19 test results and then spend the remainder of their 14-day quarantine at home or wherever they're staying if they're not a resident, domestic travellers to B.C. and other provinces are not required to quarantine, as they are in Manitoba and the Atlantic provinces. In Ontario, travellers from other provinces are "strongly advised" to quarantine for 14 days.

B.C. Premier John Horgan has not ruled out travel and other restrictions. In January, Horgan sought legal advice about restricting travel to B.C., but said lawyers working for the provincial government told him he cannot legally restrict non-essential travel. It's not clear what would be different now.

Prime Minister Justin Trudeau told CBC's Daybreak South on Wednesday he supports provinces and territories closing their borders in order to stop the spread of COVID-19.

Chris Graves agrees the rules around interprovincial travel need to be stricter, even if it means he loses desperately needed income.

He owns the King's Head pub in Winnipeg, and he's fed up with people from other provinces coming to Manitoba and ignoring quarantine restrictions.

If you travel to Manitoba from another province you must self-isolate for 14 days from the date of arrival.

Graves said many people ignore this rule. The pub requires everyone to show ID to prove they are from the same household and from Manitoba. On a daily basis, at least a few people come to the pub who are openly flouting the quarantine rules, he said

One recent sunny day, Graves sat on his patio and watched his staff turn away six people in a row, three couples — one couple had just flown in from B.C., another drove in from Saskatchewan and another wouldn't show their ID.

"I need people to come into our place. We've been decimated. Six people could be a third to a half of my labour cost that day. I could have used these customers. I don't want to turn them away."

But Graves said people need to follow the rules and stop the spread of COVID-19 in order to avoid another lockdown.

"I can't afford to be shut down again. And I think that's going to happen. I see the writing on the wall."

Graves said it's frustrating that he and his staff are a policing arm for the government, and that quarantine rules need to be better enforced — or Manitoba should consider blocking the three main highways into the province to stop out-of-province visitors from entering.

Lee is the co-author of a study on the effectiveness of travel restrictions at containing COVID-19.

"What we know is that COVID and travel are intimately connected.… The less that people travel locally, nationally and internationally, the less the virus and variants are spread about."

Lee said Canada's border is particularly porous, calling the rules around international travel a "Swiss-cheese policy" because it has so many loopholes. For example, she said, many non-essential travellers arrive in Canada by land travel to avoid hotel quarantine, which is also far shorter than other regions like Hong Kong, where it is 21 days.

France suspended all flights from Brazil this week. While it might be difficult for Canada to designate specific countries as hot spots with the virus circulating globally, Lee said she would like the federal government to introduce "measures to screen, test and quarantine all travellers into Canada regardless of where they are arriving from and to cover land, air and sea."

"Given that the P.1 variant is no longer limited to Brazil and is found in a range of countries, including Canada, and that it is not clear that screening for incoming travellers who have been in Brazil was adding operational value given the significantly enhanced testing measures for all incoming travellers, PHAC requested that Canada Border Services Agency no longer question incoming travellers from Brazil."

In the meantime, Murthy's advice is to not travel out of province or internationally unless absolutely essential — and while travel restrictions help, he's worried "the cat is out of the bag in Canada already."

Canadians need to "hunker down" for the next while, he said, and do the things we know work against COVID-19 and the variants — stay home as much as possible, don't socialize outside of your household, wear a mask and practise physical distancing.

The good news? Despite initial concerns that existing vaccines may not work as well against P1, Murthy said all indications are that the approved vaccines work against the strain and are only "a bit less" effective against P1 than the original strain.

"Lab data shows that maybe your antibody response to the approved vaccines may be a bit less to P1 compared to the original virus," said Murthy. "What's likely is they'll provide you some protection."

So if Canada can scale up vaccinations while Canadians follow public health guidelines, Murthy said there's hope we can beat back P1 and other variants — and return to some kind of normal this summer.

Written and produced by Willow Smith.