A personal support worker (PSW), who has worked for a decade in long-term care homes, told White Coat, Black Art the COVID-19 pandemic is a crisis on top of an already existing crisis for PSWs. 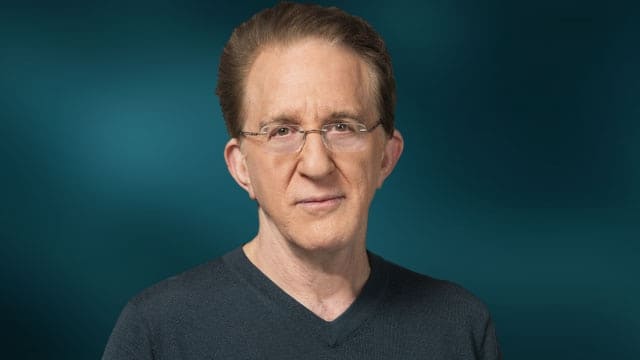 A personal support worker (PSW) with over a decade of experience says she and her colleagues are "afraid," "frustrated" and "tired" as the coronavirus pandemic exacerbates existing problems related to working conditions inside Ontario's long-term care facilities.

Susan, a PSW who CBC Radio has given a pseudonym to and granted confidentiality due to fears speaking out could negatively affect her employment, said she felt "obliged" to go back to work despite experiencing COVID-19 symptoms because the home was "already in a crisis before [the pandemic] even hit."

"We were already working short," she told White Coat, Black Art's Dr. Brian Goldman. "We are losing PSWs because they are getting too exhausted, and they are burnt out."

A report by Ontario Health Coalition, a public health advocacy group, released ahead of the pandemic in February, found most of the province's long-term care homes were suffering chronic staffing shortages on every shift, contributing to poor working conditions.

PSWs have been on the front lines of the pandemic in the province's long-term care homes that have been hardest hit by COVID-19. As of Friday, five PSWs have succumbed to the disease. Unifor, the union that represents some 315,000 workers across Canada, described the recent death of a 61-year-old PSW as "preventable."

In late March, Susan notified her workplace about a nagging cough and was told to stay home. When she requested a COVID-19 test, she said the local public health unit told her she didn't meet the criteria. But after a colleague tested positive, she went to the hospital and her test came back positive, too, she says.

"I realized I had lost all smell and taste, so I kind of had a feeling that was it."

The public health department then advised her to quarantine for 14 days and return to work only after she had two negative swabs for COVID-19.

But when the 14-day period was coming to a close, Susan says the health department called her and told her she could return to work if she was symptom-free for 24 to 48 hours. She said she was told she could get a second test at the home, when she was back on the job.

"I was a little uncertain about that. It's kind of unnerving [not] knowing whether you were done with it or not before returning back to work. But we were in such a crisis at the time, I really wanted to return because we were short on staff."

Two days into her return at work, paramedics began testing residents and staff at the home. She tested positive for COVID-19; however, a follow-up test from her employer came back negative, she says.

Susan says she was referred to a website with instructions on how to isolate while at work, such as taking breaks in her car to distance herself from her colleagues.

When she asked her employer whether she needed an N95 mask to protect her colleagues and the residents, she says she was told the surgical mask provided in her PPE kit would suffice.

"In my head, I'm thinking that if I'm still not allowed to go out anywhere, I'm still isolated at home, but I'm allowed to work with vulnerable people — that doesn't really make sense to me."

Almost two weeks after she returned to work, Susan says she began experiencing tightness in her chest, a COVID-19 symptom.

Her fourth test result, which came back the day she took sick leave, was positive again.

Only one of the four tests was negative, which meant she had been a potential infector of the disease all along.

Susan says she continues to experience breathing difficulty and is unsure when she can return to work.

Adding to the stress, she recently lost one of the residents she cared for to coronavirus.

'We really can do better on this'

The government "can't ignore [the problems] anymore," she said, adding that better "PSW to resident ratios" are necessary to provide residents with compassionate and dignified care.

"A lot of people ask, 'How can you be a PSW, you're just gonna watch people die?' And my perspective is I'm there to increase the quality of their life. When they die, if I am there to hold their hand, I find it an honour."

"All you can hope for in this profession is for somebody to have a decent life and a respectful death. COVID-19 does not give them that."

Long-term care workers should have had N95 masks, says PSW

2 years ago
Duration 1:24
Susan — a pseudonym — is a personal support worker (PSW) who has worked in long-term care homes for a decade. She told White Coat, Black Art the COVID-19 pandemic is a crisis on top of an already existing crisis for PSWs. The CBC has granted her confidentiality due to fears speaking out could affect her employment.

Acknowledging a "broken" system, Minister of Long-Term Care Merrilee Fullerton promised a review of the province's long-term care system after the pandemic.

"All forms of review are on the table," she said in a tweet Thursday, noting the scale, scope and terms were to be determined.

Former federal health minister Dr. Jane Philpott, who has been assisting PSWs at a Markham, Ont., long-term care facility, says the COVID-19 crisis has "shone a light on the health workers in our system that we haven't always paid very much attention to."

"Workers need to be paid for the value of their work. And if people like this are caring for the most vulnerable individuals in our society, then that ought to be reflected in the remuneration to which they are assigned."

As a temporary pandemic measure, Ontario Premier Doug Ford announced a $4 per hour salary increase in April for front-line workers.

Philpott expressed concern over for-profit care homes, in particular, arguing that it "doesn't take a genius" to realize that if an institution's goal is to make money, there is a greater risk of "cutting corners" on wages, facility upgrades and PPE stock.

"Why are these institutions in existence? Is it there to actually provide care or is it a business for someone that will definitely charge more for the kind of care that should be provided?"

Philpott says the pandemic has also raised questions as to why Canada doesn't have "some kind of a national standard to which institutions should be expected to live up to" and that it is time for the federal government to take a bigger role in considering these regulations.

"Certainly, we've heard absolute horror stories about the kind of care that has been delivered in some of these long-term care facilities across the country and it's shameful that we have allowed that to occur."

"We really can do better on this."