Makayla Sault is an 11-year-old First Nations girl who is bright, vivacious and wonderfully reflective.  She also happens to have a big health problem - leukemia - and an even bigger problem with the treatment she got for it. Last spring. she wrote a letter to her doctors at McMaster Children's Hospital in Hamilton, Ontario, asking for an end to the chemotherapy treatments which gave her debilitating side effects. Eventually, her parents granted her wish -- and stopped the chemo, opting instead for traditional indigenous medicine and treatment at a holistic clinic in Florida. 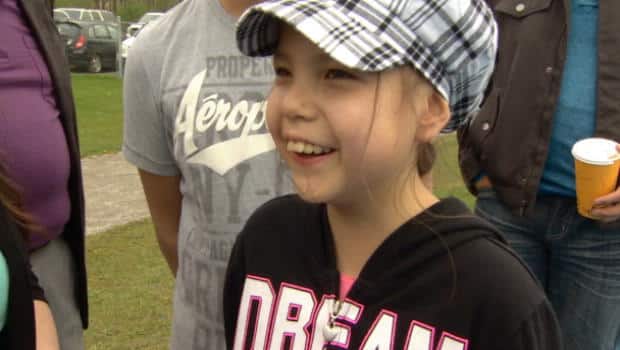 "I know that what I have can kill me, but I don't want to die in the hospital on chemo, weak and sick." - Makayla Sault, 11.

But that wasn't the end end of the story. A few months later, another girl from a neighbouring reserve was diagnosed with the same kind of cancer.Like Makayla, she stopped chemo and chose indigenous and holistic treatments. But this time, in what's being called a precedent-setting case, the hospital has gone to court  It is asking a judge to force CAS to intervene and bring the girl, who can't be named because of a publication ban, back into treatment. In medicine, when a family rejects potentially life-saving treatment for a child, child welfare authorities are often called to persuade them to change their mind. In both cases, the local children's aid society decided not to intervene.

'This was not a frivolous decision I made." - mother of an 11-year old Six Nations girl who has rejected chemotherapy.

Both cases have made headlines and Connie Walker, a reporter with CBC's Aboriginal Unit lays out the facts for us.

Then, we visit  Six Nations Health Services, an Ontario clinic that provides both western and traditional medicine/ The clinic's director reveals how treaty rights bear on health care decision-making.

And Dr. Nadine Caron, a surgical oncologist who is also Ojibway talks about First Nations patients who reject her cancer treatments - and the ethical dilemma she faces when that happens. You can hear Dr. Goldman's extended interview with Dr. Caron.

'I think there's other ways where you can garner knowledge and wisdom. And the aboriginal ways of knowing are simply different...they are not wrong, they are different.'  - Dr. Nadine Caron

We asked McMaster Children's Hospital to comment on the issues raised in this program. This is their full statement:

McMaster Children's Hospital will work with First Nations people to ensure to ensure aboriginal patients and families continue to feel welcome here. Our goal is to provide the best care possible, using proven medical treatments, while also helping to provide requested alternative therapies whenever possible. Staff and doctors work very hard to provide compassionate family-centred and culturally sensitive care. We continually strive to build stronger relationships and better understanding. We have been working toward a meeting with the Band Council of Mississaguas of the New Credit First Nation. We believe this is an essential next step.