'What happened was wrong': Why this doctor spoke up about her #MeToo experience | CBC Radio Loaded
White Coat, Black Art

'What happened was wrong': Why this doctor spoke up about her #MeToo experience 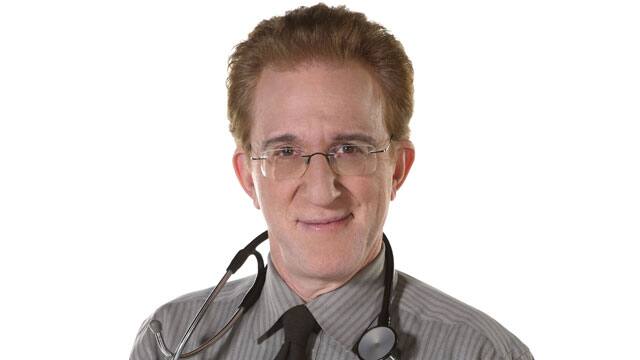 As a medical student, Dr. Kimberley Kelly of Edmonton faced her toughest challenge when her medical supervisor made sexual advances.

She says it started with "sexualized looks on rounds. There was inappropriate sexual touching, there was (attempted) hand holding in public."

When her 40-year-old preceptor, who was a "pillar of the community," asked her to work in his private office, she says she should have been thrilled because it "was considered an honour at the time."

She only had seconds to weigh the offer.  She recalls thinking, "With the behaviour I had witnessed and the comments that had been made to me, do I risk my safety knowing there is a chance I could be assaulted in an examining room."

It was a difficult choice.

I felt there was a big risk that my voice would be silenced.- Dr. Kim Kelly

"As a young medical student, knowing [the decision] in itself could affect my grade and my career, I made the tough decision to say no to that and made an excuse," says Dr. Kelly.

"My goal was to get through the rotation, hopefully pass and just move on."

She says her medical supervisor responded to the rejection by belittling her at every opportunity and giving her lower grades than she thought she deserved.

Twenty-five years later, Dr. Kelly is a well-known staff physician at the an Alberta Health Services Opioid Dependency Program. She is also an Associate Clinical Professor in the Department of Family Medicine at the University of Alberta and on the board of the Alberta Medical Association.

Since becoming a physician, Dr. Kelly hadn't given much thought to the sexual harassment she faced as a medical student. It would have remained that way if it wasn't for the very public sex assault accusations prominent actresses made against Harvey Weinstein.

As the #MeToo conversation sparked by those accusations grew, Dr. Kelly began to relive her own past experience.

In March, White Coat, Black Art featured an episode on #MeTooMedicine, featuring the stories of two doctors who had been sexually assaulted as medical learners.

We contacted Dr. Kelly to invite her to speak about her #MeTooMedicine experience for that program. While she was happy to speak on background, she was reluctant to go on the record.

As a medical leader, she was worried that if she spoke out, she may lose her credibility to speak on other issues.

"I felt there was a big risk that my voice would be silenced ... But it also made me realize, how difficult it is for someone who hasn't reached the level I'm at to speak up."

Listening to the March 3 episode of White Coat, Black Art on #MeTooMedicine was a turning point for Dr. Kelly. She knew she had a responsibility to those who followed her, and it was time to go public.

"I know what happened was wrong, and I do not want this to happen to anyone else," says Dr. Kelly.

"if I can't report it, I can't expect people who are coming after me to report it. So I feel I need to act."

Two weeks later, a nervous Dr. Kelly gave a presentation to 150 of her colleagues at the Alberta Medical Association. She talked about her own experience being sexually harassed in medical school.

Instead of being silenced as she had feared, she was given a standing ovation.

Reflecting on it now, she says, "For me, it was a career-defining moment."

She felt she was playing her part in creating a huge cultural change.

"I had a responsibility to speak for the women who are coming behind me," she says.

"I felt that if I wasn't able to speak in the position I am in, which is near the top as a senior leader, then how could I expect others to come forward and share their stories?"

While it's easier to speak out now, perpetrators of sexual harassment are still protected by medical institutions, according to Dr. Kelly.

We have the data ... we know this is happening. So now it's time for medical institutions to admit there's a problem and to participate in making a positive change.- Dr. Kim Kelly

She says that needs to change so that perpetrators are outed and held accountable for their actions.

Dr. Kelly is among the foremost national leaders spearheading efforts to change the culture of medicine to be better for women.  She is part of a working group in Alberta to discuss how to establish standards and protocols across the health-care system to address sexual assault.

To make her case she says, "We have the data ... we know this is happening. So now it's time for medical institutions to admit there's a problem and to participate in making a positive change."

Along with seven other collaborators, she applied to at the Canadian Medical Association for a Community of Interest grant to establish a national network of medical leaders who will create dialogue to expose issues such as #MeTooMedicine and to bring about solutions.

UPDATE: White Coat, Black Art has since learned that Dr. Kelly and her collaborators received grant to establish a community of interest, titled "Creating an Inclusive and Equitable Medical Community".

On a personal level, Dr. Kelly has decided to report what happened to her via a confidential phone line set up by Alberta Health Services, which takes reports about "improper activity."  She views this as a personal responsibility to help change the culture of medicine to make it safer for female learners.