There’s a new — and distinctly Canadian — way to run a vaccine clinic, and it’s getting the job done faster and more efficiently, say public health workers.

Up to 4,500 people a day can get their shots by keeping patient in one spot, having vaccinators come to them 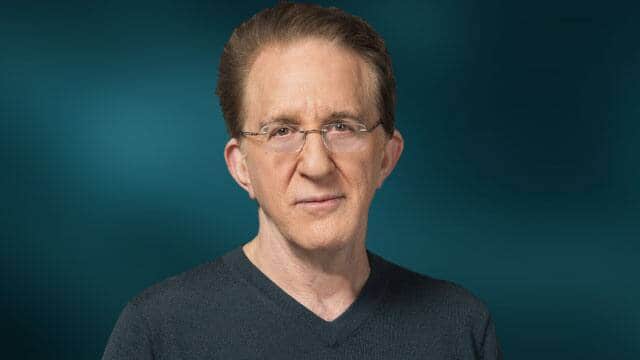 There's a new — and distinctly Canadian — way to run a COVID-19 vaccine clinic, and it's getting the job done faster and more efficiently, say public health workers.

The "hockey hub model," designed with big spaces such as arenas in mind, turns the usual delivery of care upside down so vaccinators can administer more doses, said Bethany Lee, a communications manager for Peel Region, a part of the Greater Toronto Area hit the hardest by COVID-19.

"Folks will come in, they will queue up, and then they will be directed to a seat. Once they're seated, all of the services come to them," she told White Coat, Black Art host Dr. Brian Goldman at a 32-hour clinic dubbed Doses after Dark.

"By minimizing the movement of the resident who's receiving the vaccination, it helps us get more needles in arms. It's better for the staff and it's actually a really good, calm experience for the resident who is getting vaccinated."

Everything from the patient's paperwork to their shot and 15-minute recovery period happens as they stay in that one seat, said Lee.

That means no bottlenecks at any of the steps where patients normally move through registration, to a waiting area, to a place where they'll receive the shot and somewhere else where they'll spend 15 minutes recovering.

All Peel "fixed sites" — ones that will remain throughout the vaccine campaign, such as the International Centre that hosted this marathon clinic — will switch to the hockey hub model, said Lee.

Though she's afraid of needles, Natalie Acacio was relieved to get her shot quickly and efficiently.

"I survived," she told Goldman with a laugh. "I'm so glad I got my vaccine now. I'm proud of myself. I'm very happy now, and I can't wait to have my second dose, too.… I'm so thankful. I didn't know it's that easy here."

The hockey hub is the brainchild of Dr. Ian Arra, medical officer of health and CEO of Grey Bruce Health Unit in Owen Sound, Ont. It's now been implemented in at least six Ontario health regions, as well as some parts of Manitoba and Alberta. He's also received an inquiry from an official in New Zealand.

At full speed, a 10-hour clinic with just five vaccinators can immunize up to 4,500 people in a day, with each vaccinator administering 70 to 90 shots per hour, said Arra. In traditional clinics, on the other hand, each vaccinator handles between six and 10 people per hour.

Arra said the idea first occurred to him several years ago when he was a medical resident researching pandemic responses.

"In November, I mentioned to my team that we can do this, we can deliver something that changes the dynamics at vaccine clinics."

The key concept is taking apart the various elements of the vaccine process and putting the patient in the middle of it, he said.

WATCH l See a demonstration of how the 'hockey-hub' model works:

"Providing vaccines has multiple tasks, whether it is registration, some wait to see the nurse or physician, some chatter to establish rapport, then documentation, the controlled vaccination, then the recovery."

The hockey hub model hinges on ensuring that the vaccinator — usually a nurse or doctor — can spend all their time administering needles, while other people handle everything else.

Arra said his very first dry run happened on Christmas Eve after he tucked his three-year-old daughter into bed.

"I put her stuffies out and I sat on a chair with wheels and I timed myself," he said.

Arra's discovery? He could get a short version of the patient consent and the immunization itself done in around 30 seconds.

There are other benefits in addition to speedy delivery, he said. Because patients stay in one spot, there are fewer surfaces to clean and fewer places where transmission could occur. Plus, it cuts down on injuries that can happen when people who feel faint after getting their needle trip or fall walking to the recovery area.

Michael Carter, a professor in the University of Toronto's department of mechanical and industrial engineering who specializes in creating health-care efficiencies, said the system is "brilliant."

He likened what Grey Bruce Health Unit has done in breaking down the elements of the vaccination process to what Henry Ford did in creating the vehicle assembly line.

Before Ford set up the production line, it took 12 hours to make a car.

The wisdom in the hockey hub clinic lies in freeing the folks who administer the needle from paperwork and everything else that can be done by someone else, he said.

Even though she's afraid of needles, Natalie Acacio can attest that the bang-up efficiency at Doses after Dark in Peel Region came with a gentle touch.

"I don't like needles. It's not my thing. If I can avoid it, I would," she said. "But I want to live a normal life as soon as possible and I want to be protected, especially the people that I'm with. Like my boyfriend's parents — they're seniors.

"At the end of the day, you have to think about the impact of what you're doing on the people that live with you."