Med schools are seeking a new generation of doctors who connect with their patients because they come from similar financial and social backgrounds. 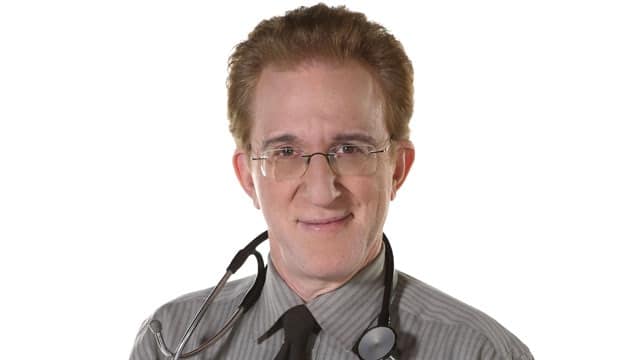 Dr. Kate Peiyin Zhang remembers the moment she decided to become a doctor.

She was a teenager, taking her mom to a doctor's appointment that they were an hour late for. But Zhang remembered the doctor's reassuring words.

"She didn't blame us. She would say, 'I'm happy you guys showed up today'."

A decade later, Dr. Zhang is a family medicine resident at St. Michael's Hospital in Toronto, with a goal to work with some of the city's most marginalized patients, including people who live in low-income neighbourhoods, homeless people, as well as refugees and immigrants.

"I have a lot of complex patients who sometimes have a bit higher demands," she told Dr. Brian Goldman, host of White Coat, Black Art. "They teach me very good life lessons on how to be a better doctor."

Growing up, Zhang's family struggled. They were new to Canada, and couldn't make ends meet. To help pay the bills, Zhang worked two jobs while going to school full time. Even still, they had to access welfare services in their home province of Quebec.

Zhang's journey from a low-income upbringing to medical school graduate is unusual in Canada. According to a 2015 survey of Canadian first-year medical students, close to two-thirds of the 922 respondents came from families with a combined annual income greater than $100,000. That's 40 percent more than that of the average Canadian family.

When Zhang applied to medical school, she thought her chances were slim — not because her marks were poor, but because she did not have the typical resume-rounding experiences that many applicants showcase, such as working on research projects, volunteering abroad or athletics.

"I would have loved to have some hobbies like playing piano or karate, or going to Africa to help with the kids there, but we just didn't have the means."

But the admission interviewers were able to focus on how her life experiences would actually help her in med school, she says.

Sometimes when you have trouble making ends meet, worrying about how you can pay for the rent or pay for baby clothes, showing up on time to doctor's, health-care appointments, it's ... sometimes not the first priority.- Kate Peiyin Zhang

"I think I learned a lot from [working retail] because you interact with a lot of clients," Zhang said.

"I know how to manage my time very well and adapt to a lot of stressful demands all at once."

Dr. Sara Goulet, associate dean of admissions at the University of Manitoba's Max Rady College of Medicine, says the school recently introduced a supplemental questionnaire to scope out students with varied economic and cultural backgrounds. Questions include their family's income, if they were raised by a single parent, or if their parents came to Canada as refugees.

Goulet says that prospective applicants from low-income and marginalized backgrounds can be "deterred from applying to medicine because they're not sure they come with the right attributes." She adds that they sometimes don't see themselves as doctors, "even if they're academically strong, they are discouraged or fearful about applying."

This fall, 41 of the university's 110 first-year medical students were raised in a family with an annual household income below the Canadian median.

Other Canadian medical schools have also introduced programs to diversify the pool of med school students.

Empathy as a diagnostic skill

Part of the rationale is so patients can "find someone in the system who they can relate to and who they might be able to share their experiences safely with," Goulet said.

She recalled a patient who had come to the hospital with a urinary tract infection, who was given a prescription they couldn't afford. The patient ended up being hospitalized for multiple days with an antibiotic IV.

Goulet says the pain the patient suffered and hospital expenses could have been avoided if the doctor had the insight "to ask the patient if they can afford their medication, but not all care providers … might think to ask if that was going to be a barrier."

Zhang says when patients are late or have trouble following the doctor's advice, she understands that there may be more at play.

"I think sometimes when you have trouble making ends meet, worrying about how you can pay for the rent or pay for baby clothes, showing up on time to doctor's, health-care appointments, it's ... sometimes not the first priority."

Goulet says that widening the net to attract students with different backgrounds will yield a new generation of doctors who have not only the academic skills but "empathy, professionalism and sympathy...which allow [patients] to feel safe and heard."