A program pairing a police officer with a mental health worker in Hamilton has reduced the apprehension rate under the Mental Health Act from 75 per cent of calls police respond to for people in crisis to 17 per cent.

Mobile units respond to more than 2,700 calls annually in Hamilton 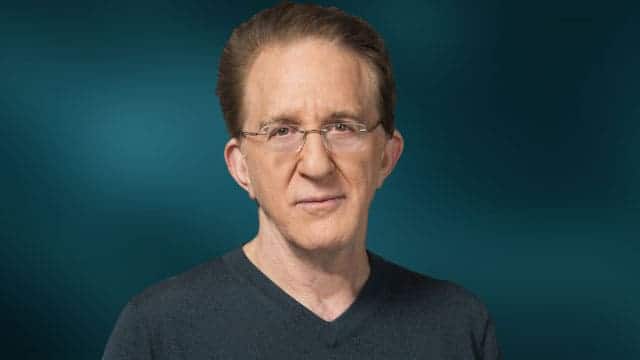 Const. Scott Woods and mental health worker Sarah Burtenshaw check in on an elderly woman who believes neighbours are spraying a substance into her apartment. This is not the first time she's called 911.

In the eight years since the program launched in Hamilton, there has been a marked reduction in taking people in mental health crisis into custody.

Before the mobile team, Hamilton police apprehended three out of every four people they were called to assist. Their latest figures show a 70 per cent reduction to fewer than one in five.

"You'll see a full range. It might be as horrible as somebody up on a bridge threatening to jump," Burtenshaw told Dr. Brian Goldman, host of White Coat Black Art.

"It might be somebody saying, 'Listen, I'm really worried about my mom. She's not answering the door. Can you do a wellness check?'"

On this call, Burtenshaw talks politely to the elderly client, asking her if she can have a look at her pill pack to make sure she is taking all her medication each day.

Woods looks around her modest living room apartment and remembers that he had been there a few years ago and helped her fix her television. They share a laugh with the woman at the memory.

The pair leave after making sure that the woman is safe and reassuring her that there is no danger. They make followup plans and leave their card beside her landline phone.

It's a low-stakes call, but it shows the approach of the team. When it launched in 2013, the Hamilton unit was the first of its kind in Ontario. Over the past five years, it's expanded to three units on daily staggered shifts, responding to an average of almost 2,700 people in crisis annually.

Now most municipalities in Canada have similar programs. Close to 90 per cent of Ontario Provincial Police detachments have mobile crisis teams.

Jeff Stanlick, director of services at the Canadian Mental Health Association Waterloo Wellington, oversees a similar program in Guelph. He said that it has reduced intrusive apprehensions and unnecessary emergency department visits. From April to November of this year, the program responded to 1,859 live calls, 76.7 per cent of which were diverted from hospital.

Lisa Longworth, the provincial mental health lead with the Ontario Provincial Police, noted that mental health rapid response teams are particularly important during the holiday season and afterwards as winter sets in.

"During the winter months, we can struggle with seasonal affective disorder and those long grey days in January and February," she said. "Added to that is the reality of COVID."

According to Longworth, the OPP now receives 42 per cent more calls related to mental health than five years ago.

Help can mean a cup of coffee

The goal of crisis response teams is to ensure that people with mental health challenges get the help they need more quickly. Often, that means avoiding a trip to the emergency room and connecting clients with community services. It can also be as simple as providing a cup of coffee.

"We have food cards. We will go take people for meals. We'll go get a coffee for them," said Burtenshaw.

As a member of St. Joseph's Healthcare, a Hamilton hospital specializing in mental health, Burtenshaw has access to the confidential medical records information of the people they see.

"Having access to records is able to help me figure that piece out," she said. She noted that often, a distress call is rooted in a client stopping their medication, and having their medical records can help her identify the problem, something a police officer would not be able to do.

Burtenshaw noted that being able to see people in their homes often provides important clues as to their mental health challenges.

Some of the questions she asked herself are: "Is there alcohol? Are there weapons around? Are there medication bottles that are empty?"

In a client's home, she is also looking for signs of obvious mental distress. "What's written on the walls or on the ceiling? Is the person lying in the bed in the corner of the room and just isn't caring for themselves?"

Woods meanwhile is scanning the environment for safety concerns. When they are in a client's home, "my mindset is a little bit different" as a police officer, he said.

"I'm scanning for weapons of opportunity. I can pick up the threat cues from the body language and stuff like that. Sarah can maintain her train of thought to go down the path of digging of what is actually causing the behaviour and the response."

Burtenshaw believes that being partnered with police allows her to share her de-escalation strategies with officers.

"I had a call last night where officers were trying to talk this young woman out of her bedroom and they said that they tried everything," she said.

"We came and it took us an hour to talk her out of the room. They were listening and watching. And the officer afterwards kind of reflected and said it was really helpful when you said this. So they learn from us all the time."

Calls to leave police out of mental health response

Jamie Livingston, an associate professor in the department of criminology at Saint Mary's University in Halifax, recognizes the success of crisis response teams, but believes there should also be a response option that doesn't involve police.

"The key question now is to think about designing services that don't promote interaction between police and people with mental health illness, but to look at alternatives," he said.

"The police can escalate things very quickly because of their own training."

A CBC News investigation examined the details of the more than 460 people who died in encounters with police across Canada between 2000 and 2018. It found that 70 per cent of the people who died struggled with mental health issues or substance abuse or both.

"There are absolutely tragic events that happen involving people who are mentally ill," Woods said.

"It's a tragic day for anyone when and whenever a serious event or a loss of life happens, especially involving somebody who's mentally ill. That's the last thing that we would ever want to see happen."

Livingston cited the examples of Toronto, which has launched a non-police crisis response team, and Victoria, which is planning to launch a similar team. He sees these non-police units as a way of reducing violent outcomes from mental health calls.

The Ontario Provincial Police has introduced mental health crisis workers into all four of its OPP call centres. When a call related to mental health comes in, the crisis worker can be conferenced in to talk directly to the 911 caller before a response unit is sent out.

"It may divert police completely, it may be the police attend the call but the crisis worker will stay on the line and de-escalate," said Longworth.

"Every one of those calls involves referrals to appropriate services, non-police crisis lines, and follow-up appointments."

A similar pilot project that places psychiatric nurses in 911 call centres has been launched by the RCMP in Saskatchewan.

"At the end of the day," said Longworth, "people who are having a crisis don't care what patch is on a police officer's shoulder. They just want help. They want to feel safe and cared for."