Remember those warnings about shovelling snow and your heart? They’re true IF you're a guy. @NightshiftMD has the details. 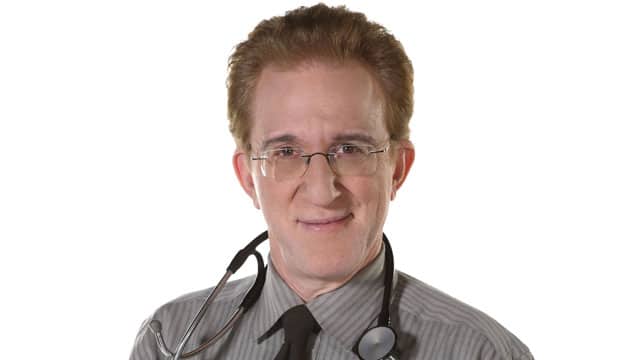 White Coat Black Art8:41Snow shovelling can kill
Remember those warnings about shovelling snow and your heart? They’re true IF you're a guy. @NightshiftMD has the details. 8:41

Every winter, the first heavy snowfall brings warnings not to court death by shovelling.  A new study in the Canadian Medical Association Journal cuts through nervous hand wringing and tallies up the risk. For some, that risk is a heart attack and maybe even a heart attack death.

Researchers from Quebec, Paris and British Columbia looked at more than 128,000 patients admitted to hospital for a heart attack, and more than 68,000 heart attack deaths in Quebec between 1981 and 2014 – from November to April – the snow fall months. They also got weather information from Environment Canada, and used it to track snowfall prior to the admission to hospital and/or death.

But here's the thing. The correlation was only true for men – not women. No connection. Zip.  Nada.

To be perfectly scientific, the researchers have no way of knowing know that shovelling did the guys in.  The only way to know that is to pour over the records of each heart attack and document a history of shovelling snow.  There is very limited proof of the connection.  A 2015 study from Switzerland documented 21 patients with documented snow-shovelling injuries requiring admission to hospital.  Eleven had orthopedic injuries, two had neurological symptoms like stroke, and 2 had abdominal pain.  Five had heart attacks: four men and one woman.

That study is way too small to draw conclusions.  A larger American study found that of the patients with heart attack after shovelling snow, 80 per cent were men.

The researchers say they suspect that shovelling caused heart attacks because men are more likely than women to shovel snow. That may be true, or it might be a sexist assumption. But there may be another explanation for the findings: that women shovel snow in a way that doesn't cause heart attacks.

Absent direct proof, it's highly plausible that shovelling snow triggers heart attacks and related deaths.  Shovelling leads to a sudden demand on the heart to work harder and to increase heart rate and strain.  The context is that many people pick up a shovel and do maximum effort despite living a sedentary life.

Then, there's the nature of the lift.  Assuming you bend down to grab and lift a shovelful of snow, at the moment of maximum lift, your body does something called at Valsalva maneuver.  A Valsava is a physiological condition that occurs when you exhale forcefully while keeping your mouth closed.  You do it by closing your mouth and pinching one's nose shut while pressing out as if trying to blowing up a balloon with your mouth closed.  A Valsalva can lower blood pressure and cause fainting; it can also trigger blood clots to form in coronary arteries, which triggers a heart attack.

There are other factors that can trigger clots.  For instance, when you shovel, your arms work hard, you often stand fairly still, and your blood vessels clamp down shut.  Cold weather can boost blood pressure and increase the risk of clots. So can dehydration. Pardon the pun, but it's the perfect storm for a heart attack.

The author of a commentary published alongside the study wrote that the association between snowfall and heart attacks was strong.  If the high prevalence of heart attacks during the snow fall season in Quebec can be extrapolated to a larger population, we're talking about hundreds of heart attacks and related deaths in Canada each year triggered by snowstorms.  That's bad and sometimes even tragic for patients.  The extra heart attacks also means extra demand on the health care system for hospital admissions, stress tests, angiograms and angioplasties.

The authors say Canadians should take the risk into account.  Men age 50 and older with heart disease should avoid shovelling snow period.  Because heart attack or sudden death may be the first signs of heart disease, men with significant risk factors for heart disease should consider not picking a shovel either.  The author of the commentary said public health officials should educate the public about the risk. Instead of telling Canadians after a death reported in the media, they should broadcast warnings along with snow forecasts.

If you insist on shovelling snow, stop immediately and call an ambulance if you feel pressure or squeezing in the chest, shortness of breath, sweating, nausea and feeling faint.

The notion that women might shovel snow with less risk is an intriguing one that just might make a good study.

Brian Goldman is host of White Coat, Black Art, and house doctor for CBC Radio.  He works in the ER of a Toronto hospital.