The Intergovernmental Panel on Climate Change says carbon emissions need to fall to zero by 2050, and Canada has pledged to do it. But what will it take to get there from here, when more than 70 per cent of the energy we use comes from fossil fuels? What On Earth27:00Net-zero emissions is the goal. So how do we get there?

The year 2050 might sound like a long way off — the kind of distant, futuristic, round-number of a year that policy-makers like to choose when setting climate targets.

But if Canada is actually going to achieve its "moon shot" goal of net-zero carbon emissions by mid-century — meaning any greenhouse gases produced would need to be offset — there is no time to waste, said Sarah Burch, an associate professor and Canada Research Chair in sustainable governance and innovation at the University of Waterloo in Ontario.

"Yesterday, last year, 10 years ago is when we needed to start decarbonizing the Canadian economy," she said.

"This isn't something you can sort of flick a switch on 20 years from now. It's a process that takes decades to unfold."

The net-zero goal, embraced by dozens of countries, was catalyzed by a 2018 report from the United Nations Intergovernmental Panel on Climate Change, which said CO2 emissions had to be brought down to zero by 2050 if the world was going to try to limit global warming to 1.5 C and avoid catastrophic impacts.

"That one requires a total rethinking of how we get there from here," said David Layzell, director of the Canadian Energy Systems Analysis Research Initiative at the University of Calgary.

There is no one agreed-upon path to get there — or any guarantee it will happen, given how often Canada has blown past climate targets before. But here are some visions of the destination and the opportunities along the way.

Fossil fuels, thank you for your service

Coal, oil and gas have been key to human prosperity, plentiful and cheap, which is why they're so hard to quit, said Mark Jaccard, professor of sustainable energy at Simon Fraser University in Burnaby, B.C.

"Fossil fuels are wonderful except for destroying the planet," he told What on Earth host Laura Lynch.

What that means, he said, is people shouldn't wait for low- and zero-emission energy sources, like renewables, biofuels or hydrogen, to naturally beat fossil fuels without government policies to favour the shift.

For example, Canada is phasing out coal-fired electricity by 2030, has a price on carbon and is bringing in a clean fuel standard — which Jaccard supports but thinks should be more stringent.

"You have to have those regulations or pricing. We've always known it. We still know it," said Jaccard, who regularly advises governments on climate policy.

To be clear, the transition has costs — and not just in gas prices.

Coal workers like Don Gray, for example, already had an uncertain future and now face an end-date for the jobs they've known. He's learned that the Highvale Mine where he works near Edmonton plans to close in 2022, before he's due to retire.

"You thought you were living the dream," said Gray, who has worked in coal for 33 years and expected the jobs would be there for his kids.

He said government retraining programs will help others, but he feels ill-equipped at 51 to compete for a new job against younger workers, and he hopes his seniority will be enough to hold onto reclamation work.

"The area that I live in is going to take a really big hit in the next couple of years."

Electricity, time to step up

No single technology will be enough to decarbonize everything done now by fossil fuels, which deliver more than 70 per cent of all the energy consumed in Canada, but electricity from low-carbon sources is widely believed to be on the A-team.

Solar and wind energy, in particular, are underutilized in Canada, Burch said, and are coming down in cost.

While many — and perhaps most — of the changes needed are beyond the scope of an individual's lifestyle choices, Jaccard said the top two actions he recommends to people who want to reduce their own footprint are electrifying their transportation and turning away from natural gas for home heating.

"We're going to have to switch to zero-emission vehicles," said Jaccard, who owns an electric car. "It's within reach ... even though they might say they're expensive."

Reaching net-zero, though, means decarbonizing everything, including sectors where electricity hasn't been well suited, such as heavy-duty trucking, ships and planes, Layzell said.

"That is going to require a shift and a new market demand for hydrogen," he said.

While most hydrogen today is made from fossil fuels like natural gas, Layzell is talking about the costlier low-carbon varieties — made by either splitting water molecules using renewable electricity (nicknamed "green hydrogen") or from fossil fuels using carbon capture and storage ("blue hydrogen").

"It's one of the only chemical fuels we can use that doesn't produce greenhouse gas emissions when you consume it," he said.

WATCH | CBC's Terry Milewski talks about the promise of hydrogen cars in 2006: 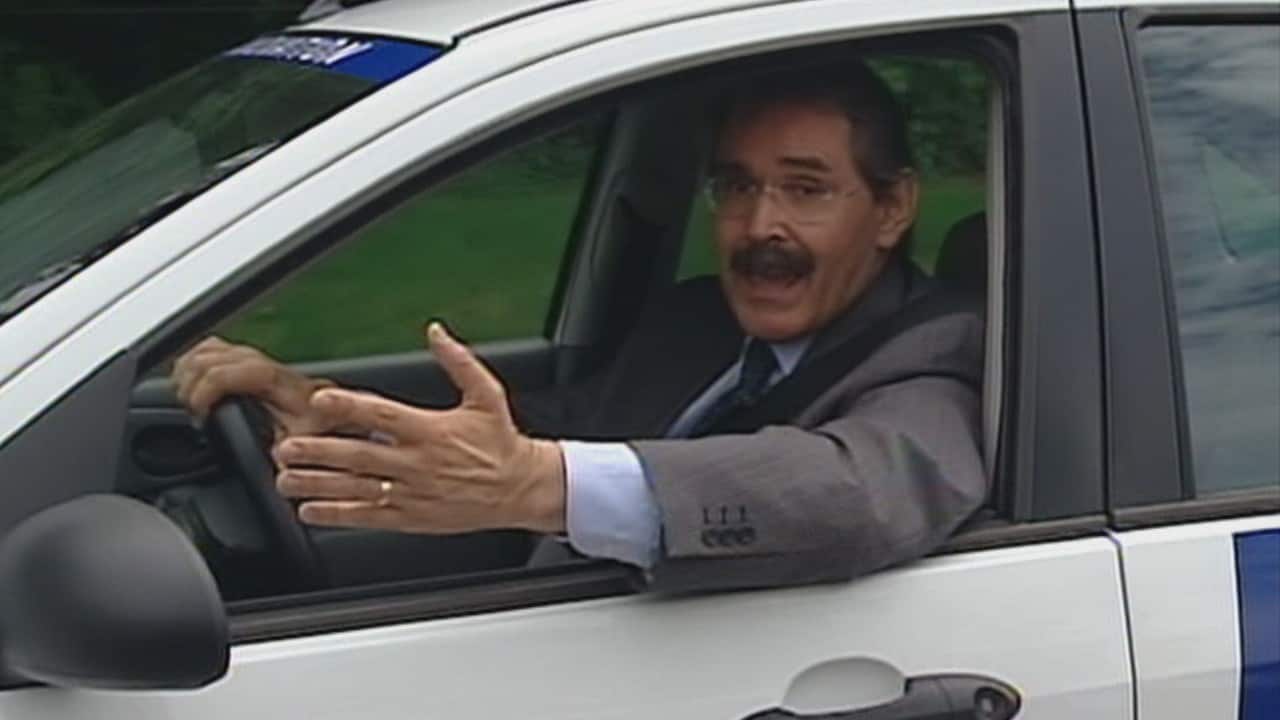 14 years ago
4:13
Hydrogen has long been hyped as the fuel of the future, but forecasts of how quickly that would happen have failed to materialize in the past. 4:13

When pure hydrogen reacts with oxygen in a fuel cell, all it creates is energy and water — one reason it's been touted as the fuel of the future for years, with global investment peaking in 2008.

In that era, Canada and B.C. spent money on the promise of a "hydrogen highway," or constellation of hydrogen fuelling stations, from Whistler to California, and then a fleet of hydrogen fuel-cell buses operating in Whistler for the 2010 Olympics. But the highway never happened, and the buses were sold off after five years.

However, momentum is rising again, according to the International Energy Agency, with countries including Germany and Japan making major investments in hydrogen.

Canada is working on a national hydrogen strategy for release in the fall, according to a statement from Natural Resources Canada, and pilot projects are happening now testing the fuel in home heating and heavy-duty trucking.

Mark Kirby, CEO of the Canadian Hydrogen and Fuel Cell Association, said there have been key changes since the "hype" — his word — of the past, with technology coming down in cost and policies that favour low-emission fuels making blue and green hydrogen more competitive.

Blue hydrogen, in particular, is generating interest in Alberta and Saskatchewan, which Jaccard thinks is positive.

It's difficult to get support from fossil-fuel endowed regions if they're told "to succeed with this climate threat we need to annihilate your economy," he said, whereas using those resources in a low-carbon fuel offers promise that "you can be a part of that future."

You can't do everything, but you can do this

While individual Canadians are limited by the menu of energy and transportation options they have access to, both Burch and Jaccard suggest one key action with a big impact: vote.

In his new book, The Citizen's Guide to Climate Success, Jaccard tells people to find "climate-sincere politicians," those who set near-term targets linked to compulsory policies — rather than distant goals without clear mechanisms for change.

While 2050 is distant, Burch is hopeful that more immediate targets — and the groundswell of support for climate action in rallies that preceded the pandemic — means this goal could be different.

"If we let this ship sail towards decarbonization without us, we're losing out," she said.

"We're losing out on opportunities ... to lead the transition rather than just follow it and to help build a Canadian vision."