How to save the world in 6 books: top climate leaders share their 2020 reads | CBC Radio Loaded
What On Earth

How to save the world in 6 books: top climate leaders share their 2020 reads

Activist Severn Cullis-Suzuki, scientist Katharine Hayhoe and author Seth Klein, along with other climate experts and advocates, recommend the books they think offer hope for the planet. 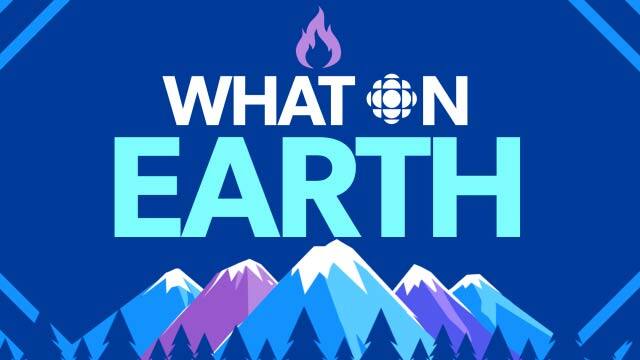 For most people, this holiday season is quieter than ever, and many are looking for fascinating reads over the holidays — as well as glimmers of hope for the future.

So what were top climate leaders reading this year? What On Earth turned to six experts and advocates to find out what releases they recommend.

From a collection of essays by 50 climate leaders to a book that challenges Canadians to mobilize as they did during World War II, their offerings are inspiring, thought-provoking, and provide solutions for a better climate future.

You can also hear the authors speak about the books with What On Earth host Laura Lynch by clicking Listen.

All We Can Save: Truth, Courage, and Solutions for the Climate Crisis
Editors: Ayana Elizabeth Johnson and Katharine K. Wilkinson
Released: 2020
Recommended by: Katharine Hayhoe, climate scientist at Texas Tech University

Climate scientist Katharine Hayhoe recommends All We Can Save, a collection of essays from more than 50 climate leaders — among them scientists, artists, lawyers, architects and businesspeople — that was named among the 10 best science books of the year by Smithsonian magazine.

Women and children are uniquely vulnerable to climate impacts, says Hayhoe, so incorporating their ideas into traditionally male-dominated realms can broaden the scope of solutions.

Quoting both Johnson and Wilkinson, Hayhoe says "The climate crisis is a leadership crisis. So how insane is it to leave at least half the brain power out of the conversation?"

"And perhaps most importantly, I love this book because in a day and age when it seems our society is fragmenting into smaller and smaller pieces, this book is a call to come together over what matters most" said Hayhoe in an interview for What On Earth.

University of California assistant professor Leah Stokes was a contributor to All We Can Save, and she agrees that broadening the climate conversation to include women, low-income communities, communities of colour, and other people who are directly affected by climate change is essential to securing significant and lasting change.

Stokes also runs a book club on Twitter called the Climate Book Club, and the Pulitzer-shortlisted book Rising: Dispatches from the New American Shore was one of her recommendations.

"It's a nonfiction book about what it's like on the coastlines all across the United States, and how sea level rise has already shaped reshaping landscapes, communities, people, livelihoods," she says.

Even to committed environmentalists, climate change can seem like a unsolvable existential threat — but in his new book A Good War, author Seth Klein argues that Canadians have risen to a similarly daunting challenge, and they can use the same strategies to tackle the climate crisis.

"In World War II, Canada rose to the occasion. How? By transforming its economy and rallying all Canadians to be part of stopping a force that threaten the world," says Cullis-Suzuki in an interview with What On Earth.

"Totally recommended for anyone who doubts that Canada has a capacity to confront a massive threat like climate change. Yes, we can — because we've done it before."

Klein argues that during World War II, Canada ramped up military production, and in the space of just six years, produced 800,000 military vehicles — more than Germany, Italy and Japan combined — as well as 16,000 military aircraft and 700 ships.

And it all happened at a time, like now, when nobody knew what the future would look like.

"It actually took leadership and ubiquitous messaging to get the public on board and ultimately, to rally everyone for the kind of mobilization that was necessary," said author Seth Klein in an interview with Lynch.

The curse of climate change, he adds, is that it moves in relatively slow motion, which can make the threat seem far away.

"But I think the terrain has actually shifted quite a lot in the last two years, where climate has moved from being a threat sometime in the future, somewhere else, to here and now."

When it comes to his own book recommendation, Seth Klein keeps it in the family with his sister's new book On Fire: The Burning Case for a Green New Deal.

The book by Naomi Klein — author of bestsellers including The Shock Doctrine and This Changes Everything: Capitalism vs. the Climate — looks at how climate change has moved from a far-off threat to a burning emergency and asks, "What would it take to put that fire out?"

In the collection, which pairs past essays with new pieces, Klein argues that the Green New Deal offers a practical path for tackling the climate crisis and economic inequality.

"I know I'm biased, but it's also true for anyone who wants to know how that struggle is unfolding. My story is a very Canadian story," said Seth, referring to his new book A Good War, "and Naomi tells how that story is unfolding around the world. It's a very good read."

Last December, climate activist Sophia Mathur made history when she and seven young people, backed by the environmental law group Ecojustice, sued the Government of Ontario for weakening the province's climate targets.

So which book inspired Mathur this year? She recommends Protectors of the Planet: Environmental Trailblazers from 7 to 97 by Jamie Bastedo.

Mathur says the stories of other environmental trailblazers spoke to her and gave her inspiration; as a young female Canadian who is concerned about the environment, she found the chapter on Elizabeth May particularly inspiring,

"She made huge strides for all environmentalists, and confirmed to me that cooperating with politicians and experts is a path forward to achieving a sustainable world," said Mathur, who also has a chapter in the book.

She also points to the chapter on Pulitzer Prize nominee Sheila Watt-Cloutier.

"[Her] story on protecting the Arctic is a great Canadian example of the importance of protecting cultures of all people. Our changing climate is disproportionately affecting Indigenous and rural cultures, and we must respect and address this horrific consequence," she said.

"This book is a must-read to educate and inspire ourselves to once again make Canadians world leaders in protecting our planet."

The Right to Be Cold: One Woman's Story of Protecting Her Culture, the Arctic, and the Whole Planet
Author: Sheila Watt-Cloutier
Released: 2015
Recommended by: Jamie Bastedo, biologist and author

When it comes to recommendations of his own, Protectors of the Planet author Jamie Bastedo recommends a book by one of those protectors: The Right to be Cold by author Sheila Watt-Cloutier.

In the book, the longtime environmental and human rights activist looks at the threat of climate change through the lens of her own Arctic childhood, and explores the links between protecting the planet and the survival of her Inuit culture.

"It's just an amazing, very intimate look into the changes of her world in the Arctic," said Bastedo, "and how important it is to connect the Arctic world as a kind of early warning system to the rest of the planet."