How climate change threatens the winter we know and love

The Canadian Arctic is warming at three times the global rate. What will this mean for ice, snow and the activities supported by cold winters? 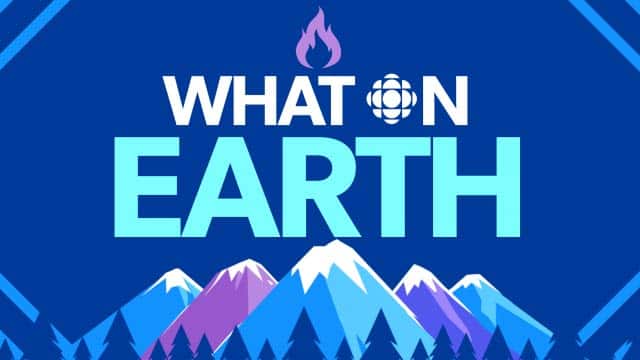 What On Earth33:07The future of winter

When Noel Cockney was growing up in Tuktoyaktuk, N.W.T, snow – and lots of it – was part of his birthday tradition each February.

"I'd have people come over and we'd build these tunnels inside those snow banks and slide off the house onto the snow bank and stuff like that," he told What On Earth.

Cockney, now 31, has seen winters change: a later start to winter, an earlier end, and fewer blizzards, making those snowbanks from his childhood memories a thing of the past.

Those changes to the winter season and snowfall in Canada are happening especially quickly in the Arctic, said Chris Derksen, a research scientist with Environment and Climate Change Canada who has authored reports on the topics of ice, snow, and climate change for Canada as well as for the Intergovernmental Panel on Climate Change

Canada is warming on average "twice the rate that we've observed globally. In the Arctic, it's more like three times," he said.

The effects of climate in the Arctic altogether are felt more acutely than in the South, with the average rate of warming twice as quickly, according to the latest NOAA report card, released December 8. Jackie Richter-Menge of the U.S. Arctic Research Commission called the warm temperatures and less frozen landscape a "new normal" that has already altered life for people and nature.

Even if Canada meets its goals of net zero carbon emissions by 2050, Derksen said we are already committed to seeing yet further warming in Canada, especially the Arctic. He said while we should plan to adapt to those conditions, there is time to prevent a more dire future in which we don't curb emissions by the middle of this century.

"We can contrast that to a future in which greenhouse gas emissions continue the pace they've been on over the past couple of decades. In that case, we see much more dramatic warming across the globe. And temperatures across Canada would warm by four or five, six or more degrees, depending on where you are in the country," he said.

The effects on ice roads and pond hockey

The risks posed by changing winters are already being felt on lake ice, according to research by Sapna Sharma, an associate professor at York University's biology department.

Generally, lakes are taking longer to freeze, melting earlier, and have thinner ice, which is proving to be fatal.

"Northern Canada had the highest number of fatal winter drownings … per capita of any region that we studied in the world," she told Laura Lynch in an interview for What On Earth.

"Warmer winters contributed to the delay in the winter ice road formation, which is really important, especially in Canada, to connect Northern Indigenous communities with resources, with social interactions through winter months," said Sharma.

Noel Cockney, who lives in Tuktoyaktuk, says the wait for ice roads is "a little bit longer than what we did when I was growing up, when I was younger." And that wait time means delays in fresh food and other supplies for communities.

Thinner ice is also taking a toll on beloved winter activities, like pond hockey, an activity Steve Baynes picked up when he moved to Finland a decade ago.

Baynes, who is originally from Vancouver, "developed a lot of memories outside on the outdoor rinks." As co-founder of a group called Save Pond Hockey, he hopes to "unite the hockey community all around the world against outdoor hockey's greatest threat, which is climate change."

Tackling environmental issues in the past

Despite the vastness of the problems climate change poses to a cold country like Canada, Chris Derksen finds positive examples of how the world has tackled other environmental issues.

"I'm old enough to remember when I was in grade school hearing and reading and learning a lot about acid rain," he said.

"That's an issue that had a very strong impact on lakes across Canada and has encouragingly been addressed with success over the past decades."

Another example he turns to is ozone depletion, which took the effort of both industry and governments around the world to solve.

"While certainly broad in scope and deep in the nature of the challenge it poses to us, we can hope that, again, this international collective will can come together," said Derksen.