Conservation biologists are working with rice farmers in California to help establish temporary wetland habitat for waterfowl and shorebird species migrating along the Pacific Flyway. 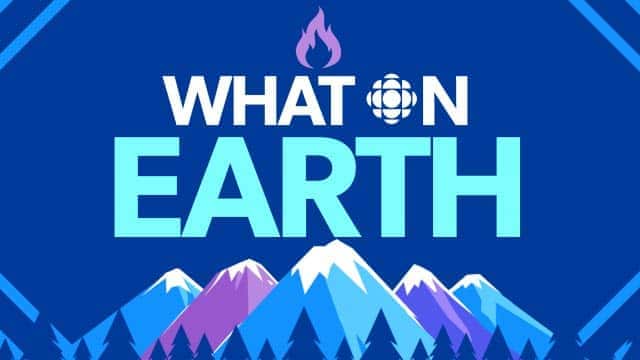 What On Earth34:50Biodiversity on the brink

In the summertime, Hans Herkert's farm land in the Central Valley of California is filled with growing rice, a medium-grain variety likely to find its way into sushi rolls.

But after the harvest, it's transformed, flooded, just in the nick of time, with a shallow layer of water and made to resemble the wetlands that used to fill the valley and are now more than 95 per cent gone.

The deadline? The annual arrival of migratory birds by the millions, stopping to refuel along the route known as the Pacific Flyway on journeys that may span from Patagonia to the western Canadian Arctic.

"That's the part that I love to see, is when the birds show up, everything is ready for them," Herkert told CBC Radio's What On Earth.

The temporary flooding is part of a program started by the Nature Conservancy to tackle the common problem of habitat loss putting creatures — in this case, migratory shorebirds — at serious risk.

Call it Airbnb for birds. There's not a lot of opportunity to buy up land and protect or restore it, says Greg Golet, a senior scientist with the conservation group. So he and his colleagues use complex models and crowdsourced data about which species have been seen where and at what time of year to forecast when the birds will arrive and rent the habitat instead.

"This crowdsourced data is a phenomenal resource for conservation," said Golet, "and it's really expanding in its application."

'Pop-up' habitat when they need it

Globally, nature is in "unprecedented" decline, according to a 2019 UN-backed report on biodiversity, with a million species of plants and animals at risk of extinction. In North America, scientists have estimated there are three billion fewer birds than 50 years ago.

Habitat loss was cited as the No. 1 cause.

It's certainly a problem for the shorebirds that travel in the Central Valley in the late summer and early fall, said Golet.

"When you're out there at these times of year ... it is amazing how dry and barren the Central Valley landscape feels as you look about fields that are perhaps in a state of harvest," he said.

"There's so little wetland habitat for the birds. And yet they're coming through."

Luckily, he said, there's no shortage of birders who "love to record and share the information about what species they see, where and when."

Birders log their sightings in a massive online database called eBird, run by the Cornell Lab of Ornithology, which gets nearly 100 million observations each year from around the world.

That near-real-time data is shared with scientists, including the Nature Conservancy's BirdReturns program, allowing them to build predictive models to plan for the annual migration and figure out how it might fit with the agricultural cycle — making a deal with farmers to flood their rice fields earlier or drain them later in the year than they normally would.

14 days ago
0:14
Programs like BirdReturns tackle the common problem of habitat loss that put migratory shorebirds, like this killdeer, at serious risk. 0:14

Farmers such as Herkert charge the conservationists a price per acre, set in a reverse-bid auction, in exchange for flooding their land. The money helps pay some of the costs of the flooding, such as running the pumps.

The result, says Golet, is "pop-up habitat" for the shorebirds.

"It's a really incredible feeling to put this habitat out there in what was an agricultural field maybe just a month before … and then just have them appear."

BirdReturns was first piloted in 2014 and after showing results, has since expanded to cover more species, with the California rice industry starting a complementary program called Bid4Birds in 2019.

14 days ago
0:21
In California, innovative programs are paying farmers to flood their fields in the off-season to make surrogate wetlands for birds. Waterfowl like ducks and geese overwinter on farms during flooding. Programs like BirdReturns helps migratory shorebirds. Courtesy of the California Rice Commission. 0:21

In a drought year like this, it's trickier and more necessary to create pop-up habitats, says Luke Matthews, wildlife programs manager for the California Rice Commission.

"We're highly focused on trying to get as much acreage out this year as we can," he said.

"But it's also harder to get, because … there's less available water."

While the BirdReturns model isn't going to work everywhere, it is a concrete example of what can be possible using big data to inform actions, says biologist Richard Schuster.

"[The] data from eBird, it really helps us be more strategic in terms of conservation," said Schuster, director of spatial planning and innovation for the Nature Conservancy of Canada.

"There's no way we from the scientific community would have ever been able to collect that data."

In a 2019 study, Schuster and colleagues used eBird to map week-by-week movements of 117 migratory bird species, to figure out the best way to prioritize protection.

"What's really not established well at this point is where among that migratory journey you actually see most of the species decline," Schuster said.

14 days ago
0:25
Biologist Richard Schuster and colleagues used crowd-sourced data from birders to track the week-by-week movement of 117 migratory birds, to figure out how best to protect them. 0:25

Take the charismatic Canada warbler, for example. The small yellow-chested bird weighs no more than an AAA battery and travels as far as 5,000 kilometres every year from wintering grounds in Colombia and Venezuela to Canada in the spring, where it breeds.

It's a designated species-at-risk, but seeing recent improvements after years of decline tied to deforestation in the Andes, where it favours the same elevation as coffee growers.

Even as those threats persist, a changing climate across North and South America means more frequent and unexpected extreme weather events.

"If you think about the changing climate across that large distance, it's real trouble for that species to be able to predict what's going to happen on [its] migration," said Schuster.

Schuster hopes these big-data mapping tools his team is developing can be put to a variety of uses in setting priorities for protection.

Back in California, Hans Herkert says the reward for making space for nature goes beyond the practical considerations.

"The real cherry on top is being able to recreate this wetland habitat that used to exist naturally before California became the populated state that it is," the farmer said.

"So, to go to sleep at night, knowing that, you know, my time on Earth, managing some of these rice farms and helping to create this surrogate wetland, it's absolutely fulfilling."