'We have to learn to live with fire': How wildfires are changing Canadian summers | CBC Radio Loaded
Radio

'We have to learn to live with fire': How wildfires are changing Canadian summers

A change in weather patterns, stoked by climate change, has a wildfire expert predicting "a hot, smoky future" for Canadian summers. Wildfires are no longer a "rural problem" and officials say the environment and public health face a challenging reality.

2.5 million hectares of land is charred every year, an expert predicts that will double 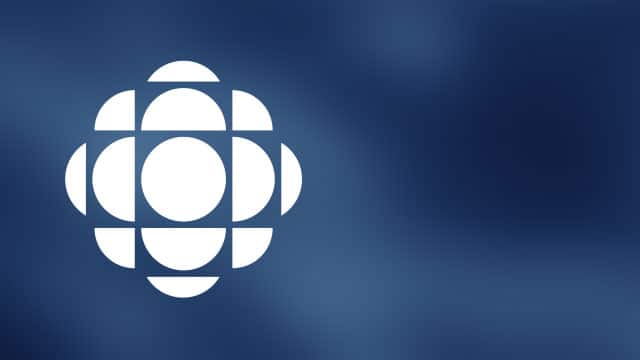 CBC Radio Specials53:59Smoked Out: How wildfires are changing our Canadian summers

A change in weather patterns, stoked by climate change, has a wildfire expert predicting "a hot, smoky future" for Canadian summers.

The spectre of wildfires looms in B.C., Alberta and Ontario — provinces that have been repeatedly scorched by catastrophic fires in recent years.

Mike Flannigan, a professor of wildland fire at the University of Alberta, is warning that a dramatic rise in temperature and a changing climate have pushed things over the edge and will continue to cause unprecedented wildfires.

"We can't always rely on our experience and the history of what we've seen in fire; we're moving into new territory," he told CBC Radio's special Smoked Out.

An average of about 2.5 million hectares of land is charred every year during Canada's annual wildfire season, he says.

"That's half the size of Nova Scotia, and it's doubled since the early '70s due to our changing climate," said Flannigan, who's also the director of the Western Partnership for Wildland Fire Science in Edmonton.

His research suggests the size of land consumed by wildfires will double or quadruple — again — as the earth heats up.

According to Natural Resources Canada, about 3.4 million hectares of land was consumed by wildfires in 2017 — well beyond the annual average. Ministry data shows in recent years fire destruction has steadily climbed in terms of area covered.

"We have to learn to live with fire, coexist with fire, because fire is not going to disappear," Flannigan said.

Canada is, on average, experiencing warming at twice the rate of the rest of the world, according to Canada's Changing Climate Report.

The study, commissioned by Environment and Climate Change Canada and released last month, found that Canada's annual average temperature over land has warmed 1.7 C since 1948 — with higher rates seen in the North, the Prairies and northern B.C.

These parts of the country have been some of the hardest hit by wildfires in recent years, Flannigan points out, and that may signal a trend toward longer and more destructive seasons in these areas as a result of climate change.

The devastating 2016 wildfires in Fort McMurray saw the largest evacuation in Alberta's history. More than 2,500 homes were destroyed and damage amounted to $9 billion — making it the most expensive natural disaster in the country's history, according to the Insurance Bureau of Canada.

B.C. recently experienced two record-breaking wildfire seasons in a row, and numerous fires have already torching swaths of the north and interior.

Why longer fire seasons are in Canada's future

Canada's wildfire season typically runs from April to October, but Flannigan says it's getting underway earlier — some years igniting as early as March 1 — along with lasting longer than ever before.

Changing weather patterns have led to more lightning that can spark fires — increasing strikes by 10 to 12 per cent for every degree the temperature rises — Flannigan explains, along with dry, windy conditions that fan flames and allow them to easily take hold.

Amid a string of bone-dry summers, the atmosphere also gets better at sucking the moisture out of plants and dead wood, which act as fire accelerants

He adds the severity of the wildfire season hinges on human activity, with Natural Resources Canada reporting that fires started by people account for more than half of all flare ups.

A lack of controlled burning has left much of Canada's provinces and territories dense with potential fuel build-up.

Wildfires are a key part of the ecological cycle, and provide an opportunity for new growth and the evolution of ecosystems. But aggressive firefighting efforts in recent years — rather than letting them run their natural course and regenerate ecosystems — has stifled fire management and left tinder-dry forest floors.

The end result is both bigger and more intense fires, Flannigan explains, which fuel a sharp rise in disaster-related costs.

"This is really key because as fires become more intense, they're difficult to, impossible to put out."

Meanwhile, Canada's long-term warming trend presents worrying signs for the upcoming wildfire season and the impact it will have on public health, Flannigan warns.

"We're going to see a lot more fire in the landscape, which means a lot more smoke."

Wildfires are no longer a "rural problem," he contends, pointing out that smoke is wafting across large swaths of land and impacting air quality in urban centres such as Vancouver, Toronto, Montreal and New York City.

Instead of choking the sky for days, the smoke now lasts weeks and months, asserts Sarah Henderson, a senior scientist with the B.C. Centre for Disease Control.

Homeowners looking to protect their properties from wildfires and clean the air inside their homes from harmful smoke are turning to plants, a gardening expert says.

A lush, well-watered lawn serves as a fire barrier, while plants like the peace lily, snake and fig plants purify the air.

Cedar and Juniper trees, however, can act as a so-called "fire ladder" between your garden and home, warns Jim Hole, co-owner of the Enjoy Centre, a greenhouse facility in St. Albert, Alta.

"Those trees have a lot of oils and waxes in them, and so they can burn readily," Hole said.

"So the deal is, you can still have those trees and shrubs out there, just keep them quite a way from your house."

"There is this conflicting situation where we're telling people to stay inside, but nobody wants to spend their whole summer inside," she said.

She notes that scientists need to develop different ways to protect public health due to the prolonged scope of smoke pollution.

"What we really don't want to do is cause panic. Wildfire smoke is not a cause of panic, but it is a cause for concern."

The contents of wildfire smoke and its effects on people can vary widely depending on the material burning, if the fire is smoldering or flaming, weather conditions and distance from the fire.

In his youth, he spent 10 years fighting forest fires to help pay for school.

Now, at 55, he's the longtime director of Chorale Saint-Jean, one of the largest francophone choirs in Western Canada.

"The smoke is much more dangerous than the flame. Flames, you can run away from, but when you get a lung full of some [smoke], it completely knocks you out," he said.

"Smoke inhalation just renders you so helpless so quickly."

Poor air quality compounds pre-existing medical conditions — such as asthma or lung and heart disease — and living in smoky conditions during the wildfire season can cause long-term health effects from breathing in high concentrations of fine particulate matter, according to Henderson.

"Basically, if you are someone whose health is knocked down on a day-to-day basis by either an illness or a chronic condition, the smoke is going to make your life harder," she warned.

But Henderson points out that scientists still don't have enough information about how smoke affects babies in utero, infants and pregnant women, or about the long-term effects of repeated exposure.

She began studying the health effects of wildfire smoke in 2003. Smoky days have become more common in the last decade, she says, and that's expected to continue.

"We all need to go into every wildfire season expecting that it might be the worst season that we've ever seen," Henderson said.

"The best way to protect your health from wildfire smoke is to minimize and reduce your exposure," she continued, noting that doctors recommend the use of portable air filters or a ventilation system to keep inside air smoke-free.