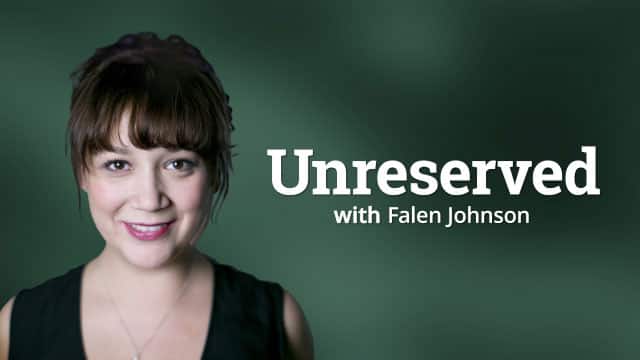 Filmmaker Trevor Cameron has learned to follow his instincts.

That's how he ended up wearing the 1800s-era garb of Gabriel Dumont — while driving in a van emblazoned with the Métis rebel's abs.

"Sometimes I don't know why I want something," said Cameron. "I just know it's a good idea."

In his new documentary, Shadow of Dumont, Cameron hits the road to see the path Dumont travelled firsthand, from the Red River settlement in Manitoba to New York City.

Dumont was a political leader of the Métis. He was particularly worried about the declining numbers of bison — a major food source for his people.

Around 1885, he led an army of soldiers as part of the North-West Rebellion under Louis Riel, where Métis fought to be recognized as a people with a distinct language and land rights.

The rebellion was squashed that year. Riel was hanged. Dumont fled to the United States and started touring with Buffalo Bill Cody's Wild West Show — which hyped him up as a resistance hero.

But according to Cameron's research, Dumont was terribly bored working for the show. He wasn't shooting or doing fun stunts. Instead, he'd traded a life of armed combat and high-stakes negotiation, for one of signing autographs and waving at crowds.

Eventually, Dumont returned to the Canadian prairies to write his memoirs before dying of heart failure.

Cameron has been thinking about Dumont's story since he was a child. The filmmaker's great-great-grandfather, Isidore Dumont, was Gabriel's brother. Isidore was the first person killed in the uprising, Cameron said. "It reminds you just how close history is."

For Cameron, telling the story as a "road movie" kept the movie from feeling uptight.

"I didn't want to look like I was talking down and I had all the answers," he said."I wanted to visit these places and see what the legacy was."

And as Cameron travelled to the places Dumont passed through, he found that legacy in some surprising spots. One reservation in North Dakota has a depiction of Dumont still painted on the side of a concrete tipi. "You don't expect to see that," he said.

Trevor Cameron's documentary Shadow of Dumont will be screening digitally through the imagineNATIVE Festival from October 21st to the 23rd.