Ian Campeau, also known as Deejay NDN of A Tribe Called Red, has reconsidered the messages in the music he listens to and plays for audiences. He's no longer interested in music with oppressive messages.

Daughters inspired Ian Campeau to reconsider the message in his music 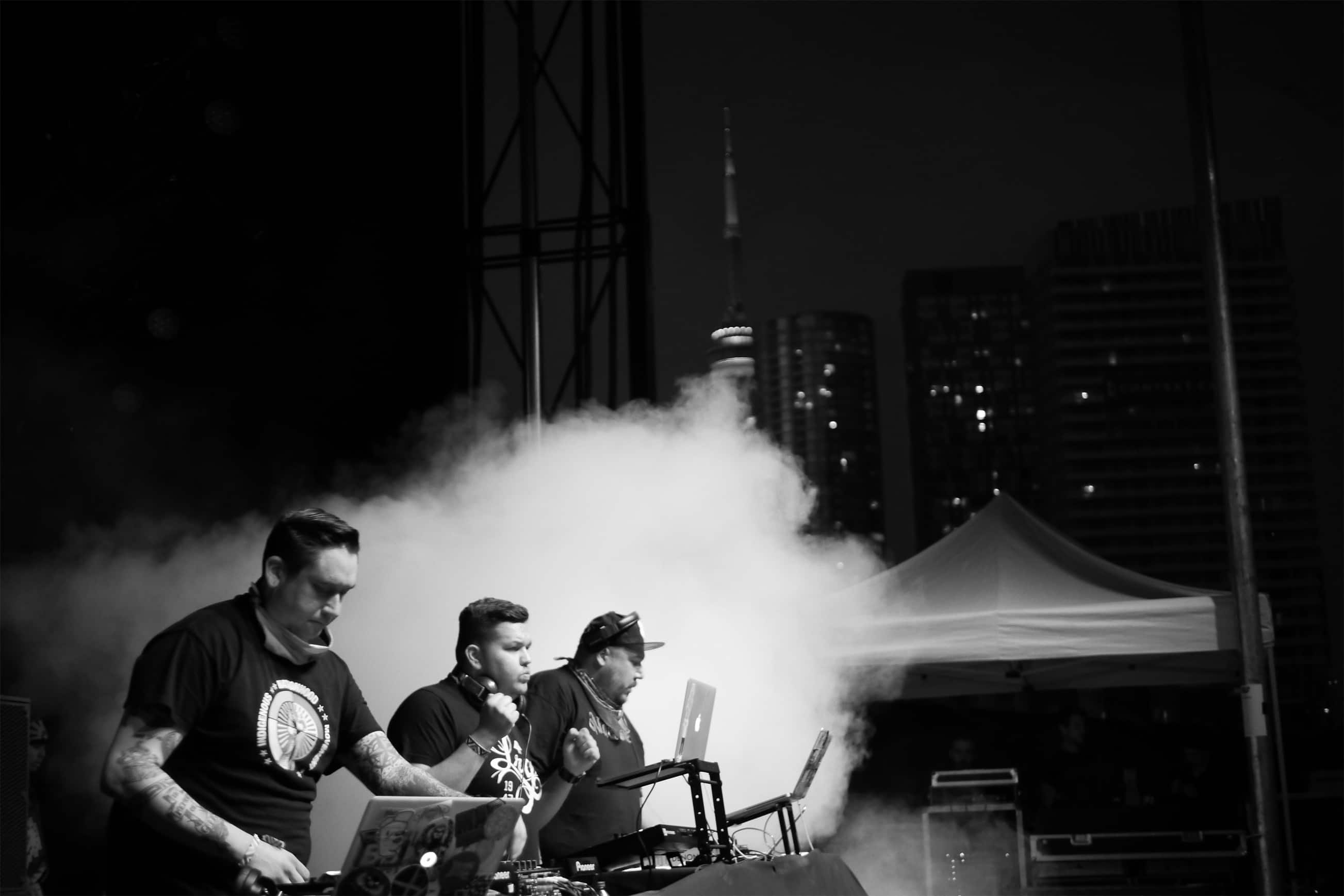 5 years agoVideo
1:06
Deejay NDN of A Tribe Called Red is taking a deliberate stand against racism and misogyny in music. 1:06

A member of the DJ collective A Tribe Called Red says he will no longer play music with oppressive messages.

"Playing specific artists who [are] known to [have] been misogynistic or have been harmful to women, I just chose not to promote them anymore," said Ian Campeau, whose stage name is Deejay NDN.

A Tribe Called Red blends electronic, dance and hip hop with powwow music, attracting crowds worldwide. Through their music, they have raised the level of awareness of Indigenous issues in Canada.

Now Campeau is using his platform to speak out against racism and misogyny.

"I try to not listen to any music that's oppressive in any sort of way, which gets really, really tough when you start realizing all of your heroes are not exactly what they appear."

He referenced artists like David Bowie, Led Zeppelin's Jimmy Page and Afrika Bambaataa, musicians who have all faced allegations of sexual impropriety involving minors during their careers.

He also struggled when it came to James Brown, whose song, Black and Proud, was important for the civil rights movement in the 1960s. Campeau's issue? The soul music legend's repeated arrests for domestic violence.

"There's all these people who have done harm," he said. "Everybody seems to be okay with that as long as they make good music."

Campeau said some decisions about which music and artists should stay on his playlist were obvious.

"It was really easy to recognize that I was not going to play Chris Brown anymore after what happened with Rihanna. That was a real easy choice," he said.

Brown was charged with assaulting the pop singer in 2009.

This re-examination of what he listens to at home and what he plays onstage was largely inspired by Campeau's own young daughters.

"It's more realizing that my daughters don't have the same opportunities that I have as a man, and it's really easy to want to change that," he said. "Men don't need to hate my daughters because they're women."