These leaders from across Inuit Nunangat bring different experiences of language, geography and time spent on the ice, but they're coming together with a shared understanding: the disproportionate effect of climate change on their communities. 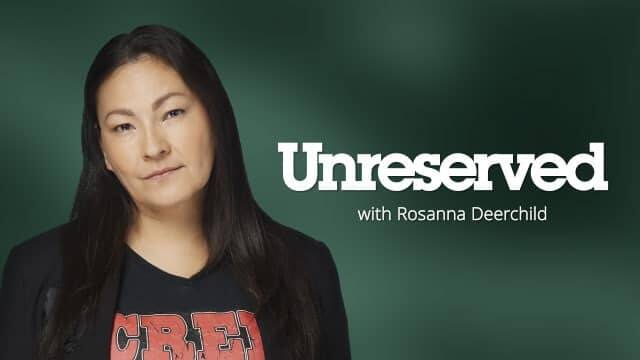 50:03Inuit bring unified voice to COP26 from the frontlines of climate change

They bring different experiences of language, geography and time spent on the ice, but Inuit from across Inuit Nunangat are coming together with one particular shared understanding: the disproportionate effect of climate change on their communities.

The latest report from the UN Intergovernmental Panel on Climate Change (IPCC), released in August, warns that greenhouse gas levels are now high enough to bring more extreme weather events around the globe for decades to come.

The Arctic is already warming at more than twice the rate of the rest of the world and that is forecast to continue, leading to significant and irreversible changes to ice and sea levels.

This is the kind of information world leaders are grappling with as they meet in Glasgow, Scotland for COP26, the annual meeting of the Conference of Parties (COP) that's supposed to decide global climate action under the United Nations Framework Convention on Climate Change.

To make sure those leaders keep the Arctic in mind, a delegation led by the Inuit Circumpolar Council is uniting under one common voice — but it's the delegates' unique and individual experiences that are driving their message.

Rosanna Deerchild, host of CBC's Unreserved, spoke with three Inuit leaders about the communities they're keeping in mind during COP26 negotiations.

"We have a huge infrastructure deficit in our homeland as it is, and I think of the complications that this climate crisis is piling on top of the basic lack of infrastructure that we have, and it's making really difficult situations even worse."

"I also think about those who have been traveling along traditional pathways in the winter, which are on sea ice, and ... some people have passed away. Some people have died traveling upon established network systems that have been traveled for generations but because of a changing climate, there are places [where] ice isn't as thick or the current has changed so that there are potential failures in the ice structure that weren't ever there before.

"These are the types of life-and-death scenarios that now people have to navigate and adapt to."

"I was just at home in Puvirnituq this past summer to spend time camping out on our ancestral lands and it was absolutely really good to get back to where I came from.

"And then I went back again in October where normally we start seeing ice forming along the bays right by the shore. And in October, there was none of that.

"Normally it's snowing heavily in October ... but there was absolutely no snow.

"One of my uncles told me, normally by October, we see ice crystals starting to form in the bays. We call them qainngug, and we have names, terminology for ice and snow when it appears right at the beginning of the bay and at the mouth of the bay and so on, so forth. So [in October] that had not even happened yet."

"For me, growing up, a key element of my childhood was being able to to go out and explore the land and go out on, for example, in the winter, go travel down the bay on the ice for like boil-ups with my friends and just be on the land and be basically with the land.

"Climate change is affecting people's ability to go out and actually explore, actually travel and remind themselves of the connectedness that we have historically and still can temporarily have with the land — if that connection is severed, then obviously a very vital aspect of any culture of connectedness and spirituality is gone."

"Not only does this impact youth, of course, it also impacts all. Anybody who gets a source of comfort and groundedness from being connected to the land. Like personally, myself, I find that very empowering to be able to go out and kind of decompress ... where you can experience almost true freedom effectively.

"If that's taken away, then it's, you know, you're going to have people who feel more, more trapped and more restricted in life. And in a situation where you are already very far north, you're very far removed from the society you see on social media and whatnot. So the more disconnected you are, the greater the mental health risks increase."

Koperqualuk and Pottle are part of a delegation of Inuit at COP26 led by the Inuit Circumpolar Council.

The organization has three calls to action for world leaders gathered in Scotland: to make unprecedented and massive efforts to cap global temperature rise; value Indigenous knowledge and leadership in climate action and support Indigenous participation in climate governance; and recognize the oceans and cryosphere, or snow and ice, as critical ecosystems that must be protected through partnership with Inuit.

For Koperqualuk, success at COP26 would be a commitment from the parties to concrete measures to reduce the warming of our climate.

Pottle represents the National Inuit Youth Council in the delegation at COP26. He says the Inuit perspective has been stonewalled from policy-making decisions and it's time to have a seat at the table.

"Inuit are on the ground feeling these effects and therefore any decision needs to be informed by the demographic that is experiencing — to a very extreme degree — the impacts of climate change. So making sure that the voice that Inuit voices are heard is the main goal here."