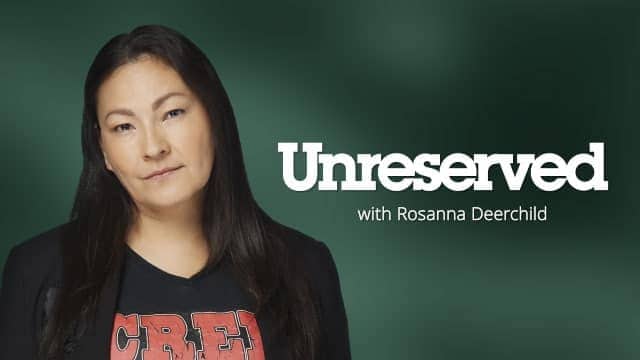 Indigenous knowledge is more than beads, drums and sweetgrass — it's also science, technology, engineering and math (STEM). On this episode of Unreserved, we talk to several people reintegrating traditional knowledge into scientific discourse.

Dave Thomas is an Anishinaabe architect from Peguis First Nation in Manitoba. Though he has had a busy career as an architect, a park project with his daughter changed the way he saw his designs. He started to question how his projects affected his community and how to better connect his work to his cultural teachings.

Bryan Bellefeuille is also making the connection with cultural teachings and the scientific world. Bellefeuille is an educator, Ojibwe language teacher, father of three, and Anishinaabeg from Nippising First Nation, and he uses his classroom to show mathematics can be found in the traditional activities of Canada's Indigenous peoples — like choosing the right trees at the exact correct height to construct a teepee.

Wolastoqey is one of the languages spoken in the Wabanaki territory along Canada's east coast, and there are less than 50 original speakers left. Diego Bear, who is Wolastoqey, is a masters student at the University of New Brunswick who has developed a Wolastoqey language app. To do so, he collaborated with Wolastoqey language speaker and Elder, Opolahsomuwehs (Imelda) Perley.

Snotty Nose Rez Kids - Something Else