'I hope to be that beautiful complication for people': Jeremy Dutcher on his signature style | CBC Radio Loaded
Unreserved

'I hope to be that beautiful complication for people': Jeremy Dutcher on his signature style

When Dutcher plans looks to wear to awards shows, he asks himself, "What kind of images would have been really helpful or useful for me to see as a young Indigenous person growing up in rural New Brunswick? What would that have felt like to be able to turn on the television and see big, brown bodies taking up space?" 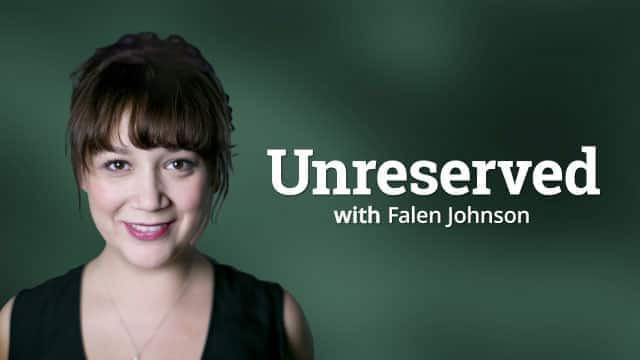 Unreserved7:50'I hope to be that beautiful complication for people': Jeremy Dutcher on his signature style

Jeremy Dutcher may hold the record for showing the most skin on the Polaris Gala stage.

In 2018, the year his album Wolastoqiyik Lintuwakonawa won the top prize, the opera-trained singer and composer performed the final lines of his song, Mehcinut, clad only in high-waisted briefs and a sheer black cape.

"The audacity of that outfit!" Dutcher laughed with Falen Johnson, host of CBC's Unreserved. "I even look back on it sometimes. And I think, 'What was I thinking? Who let me do that?!'"

But Dutcher actually put a lot of thought into the outfit. He explained that when he's ready to put his music out into the world, the next thing he prepares, is what look will accompany it. His main consideration: what feels honest to him that's missing from the mainstream.

"What kind of images would have been really helpful or useful for me to see as a young Indigenous person growing up in rural New Brunswick?" he explained. "What would that have felt like to be able to turn on the television and see big, brown bodies taking up space?"

Dutcher is a member of the Tobique First Nation and identifies as two-spirit. His decision to make music that centres on Wolastoqiyik, his people, to sing in the language, and to weave in electronic samples of his ancestors' sounds, is all part of his desire to revive the culture.

So is his choice of fashion, he said. Though that received some initial pushback, including from his mom.

"When I showed her the outfit for Polaris, she said, 'Oh, honey. I thought this was about the culture.'" Dutcher said he thought about it for a while, then said, "This is the culture, you know? Two-spirit people and gender diverse people have always been a part of our circles."

His style was a statement, he told her, "to say that we are here and we are back."

In 2019, Dutcher performed at the Junos in a majestic floor-sweeping cape that represented the connection between land and language — inspired in part by elder Maggie Paul. Michael Zoffanieri, the Toronto-based designer behind ZOFF, embroidered the floral exterior. Derek Jagodzinsky, the Indigenous designer behind LUXX fashion in Edmonton, designed the interior lining, which featured Cree syllabics that spell, "We will succeed."

Dutcher walked the red carpet in the gown-like cape wrapped tight to his neck. On stage, seated at the piano, the floral print draped over him until the beat dropped. Then, Dutcher threw back his cape and hit the climax of the song in a sheer black bodysuit and exposed thighs.

"For me, it was important to take up that physical space, to queer that space, and to say, 'We don't have to choose between the culture or our gender diverse ways. It's one and the same.'"

Two-spirit and gender diverse people have been suppressed and demonized by colonization, Dutcher said. And added that colonizers brought homophobia and transphobia, and forced a gender binary on Indigenous people. In Wolastoqey there are no gendered pronouns, Dutcher explained. Even the concept of 'coming out' is a Western notion. "That heteronormativity, that assumption that we move through society as good little straight boys and girls."

Queer people complicate those mainstream ideals, Dutcher said. "I hope to be that beautiful complication for people. ...That's part of the medicine I want to give. …It's not just about the music."

Dutcher plans to perform live again this September for an outdoor concert series in Toronto's High Park, where he'll have "three opportunities to serve a look." Dutcher's planning those custom-made outfits with designers now.