Indigenous fashion: The politics of ribbon skirts, runways and resilience

Clothing is a way of making a statement and telling people what you believe. Fashion can empower, it can challenge, and it can be deeply political. 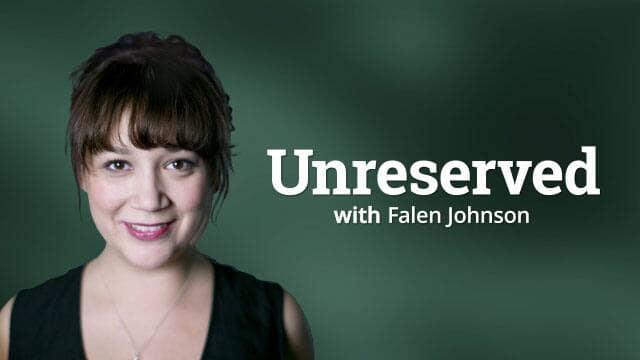 Unreserved47:31Indigenous fashion: The politics of ribbon skirts, runways and resilience

While many of us haven't put a lot of thought into what to wear this past year (except occasionally above-the-waist for Zoom calls), some Indigenous artists and designers have continued to explore style and expression through fashion.

This week on Unreserved, we look at how clothing is a way of making a statement and telling people what you believe. Fashion can empower, it can challenge, and it can be deeply political.

In March of 2020, Abigail Echo-Hawk reached out to her federal health partners to ask for more PPE so the Seattle Indian Health Centre could continue to serve the Indigenous population in the area. Instead of receiving masks and testing kits, she was sent body bags. Echo-Hawk tells Unreserved host Falen Johnson how she turned the body bags into a healing ribbon dress.

Juno-award winner Jeremy Dutcher reveals what he hopes to convey with his "audacious" style choices, including the gown-like capes and bodysuits he wore at the 2018 Polaris Music Awards Gala, and the 2019 Junos. With an eye to returning to the stage, Dutcher is planning three custom-made pieces for a Toronto concert series in September.

Agnes Woodward also made a powerful ribbon skirt this year for the swearing-in ceremony of Deb Haaland, the first Indigenous cabinet secretary in U.S. history. The Plains Cree dressmaker from Kawacatoose First Nation shares her complicated relationship with ribbon skirts, and what it felt like to see Haaland stand in the custom-made regalia alongside Vice President Kamala Harris.

Christian Allaire, the stylist and Vogue magazine fashion writer from Nipissing First Nation, didn't see himself reflected in magazines or on runways growing up. Now he's released his first book, The Power of Style: How Fashion and Beauty are Being Used to Reclaim Cultures.

Riley Kucheran helped found Ryerson University's Indigenous Fashion Support program. The scholar has spent the year providing mentorship and business skills to Indigenous designers and entrepreneurs. He explains how Indigenous fashion can be a powerful tool for decolonization.

Buffy Sainte-Marie - Until It's Time For You To Go