From throat singing carols to Nerf gun hunting: How Indigenous people are celebrating the holidays

This year Christmas might look a lot different, with family gatherings happening over Zoom, and gifts being exchanged through the mail. This week, how Indigenous people are celebrating family traditions and making meaningful connections in all kinds of innovative ways. 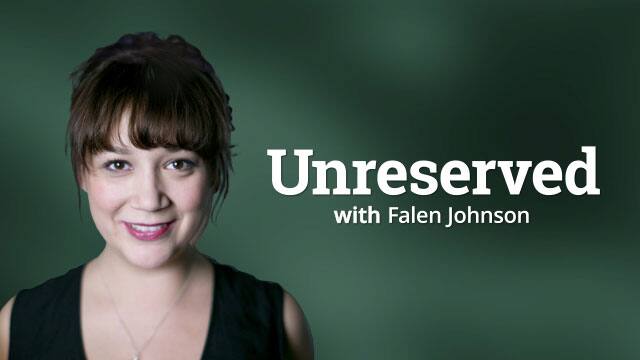 This year the holidays are looking a lot different, with family gatherings happening over Zoom, and gifts being exchanged through the mail. This week on Unreserved, how Indigenous people are celebrating family traditions and making meaningful connections in all kinds of innovative ways.

Staff at the long term care facility in Wikwemikong First Nation, Ont. are finding creative ways to lift the spirits of the elders during the COVID-19 pandemic — and going viral in the process. CBC's Ka'nhehsi:io Deer explains how building a Tim Horton's coffee cart and offering deer hunting with Nerf guns has attracted a lot of attention.

This year more than ever, people are relying on the mail as a way of sending gifts to their loved ones for the holiday season. Michaels and Purolator teamed up and asked 13 artists from across the country to design shipping boxes. Ojibwe two-spirit artist Patrick Hunter from Red Lake Ontario designed the box available in Ontario. He explains the inspiraton behind his floral design.

If you like to curl up and watch the Hallmark channel over the holiday season, keep an eye out for Barbara Patrick. Originally from Burns Lake, BC, and is a member of the Stellat'en First Nation, Patrick is one of the leads in the Hallmark film, Five Star Christmas. She spoke to CBC's Stephen Quinn about her role.

Janice Wabie decided to decorate her house on Timiskaming First Nation for the holidays, with a 3.5 meter tall dreamcatcher made out of an old trampoline frame, and more than 900 Christmas lights.

Kayley Inuksuk Mackay and Tiffany Ayalik make up the band PIQSIQ. The duo takes traditional Inuit throat singing, and loops it, creating something original. Last year they released an album of carols called, Quviasukvik: In Search of Harmony, and this year they released a follow-up holiday single. They'll tell Falen how reinterpreting holiday songs has helped them deal with their complicated feelings toward Christmas.

In the 1970s, Lloyd Gwin was a volunteer firefighter in High Level, Alberta when he first dressed up as Santa. But he does it in his own way, as Métis Santa. Instead of gloves and boots, he wears beaded mittens and mukluks. He spoke to CBC's Edmonton AM about his twist on the beloved holiday character.

There's a new holiday album out with songs you definitely know, but you may not recognize the language they are sung in. Musician Carsen Gray recently released an EP of Christmas songs sung in Haida, called Xaayda Christmas. She'll explain how this project came to be.

Jace Martin — Give a Little